Camera Obscura were heart achingly, heart breakingly beautiful in Glasgow last night. Traceyanne Campbell’s voice was yearnful, soulful and full of melancholic wonder and it was a real treat to see the band performing again. 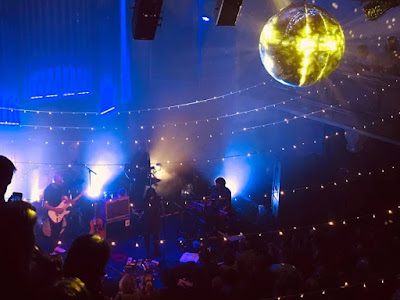 I can only imagine how difficult the last 4-years have been for Camera Obscura following the tragic death of Carey Lander in 2015 following a battle against osteosarcoma. The love for the band was clearly evident last night, Traceyanne commented how she could feel it. People had travelled from across the globe, Sweden, America and Japan to be there on the second night of the bands comeback. Many had also been there the night before.

All of the proceeds from the night plus a bucket collection went to the Prince and Princess of Wales Hospice in Glasgow and I hope everyone donated the suggested £10 to help a wonderful cause. Traceyanne's speech at one point in the night highlighted how much the hospice meant to the band, family and friends of Carey.

The evening began early with my sister Carla J Easton supporting with a stripped back set as a 3-piece and songs from her album Impossible Stuff were well received along with new song Coming Up Daisies, the sound was superb and although I am biased, my sister's voice was amazing. It was great to see the room almost full and to hear such a positive response to her songs.

Last night was all about Camera Obscura though and they played beautifully. At times it seemed so simple, the beat, the groove and Campbell’s melodies. Heart strings were tugged.

From the upbeat French Navy that was sung with care by the crowd to the spine tinglingly stunning Razzle Dazzle Rose finale. This was a 90-minute set sprinkled with songs from throughout the bands career that delighted, moved and inspired the crowd.

Next up for Camera Obscura is a trip on Belle and Sebastian's Boaty Weekender. I hope more shows are announced on their return. 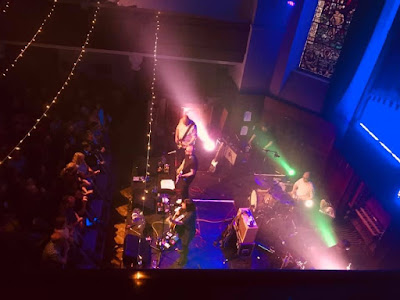