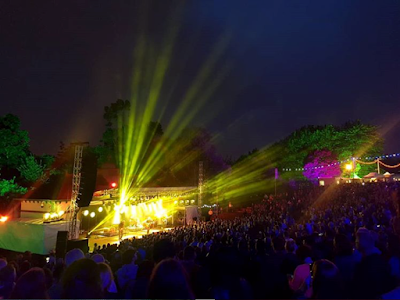 It did, at least to me, feel like the start of a new chapter for Teenage Fanclub last night. It was the bands first hometown show since Gerry Love left the band following the run of Creation Records show at the end of 2018.

After a length world tour the Fanclub were more than road ready to blast out tunes ranging from their debut single to their most recent with the new line-up. And we had a new tune as well, Put My Faith In You sounds like classic Fannies.

Fans of the band found themselves checking every weather forecast going as heavy rain and thunder storms were predicted. There was some torrential rain falling from the Glasgow skies as the doors of the venue opened and I really felt for support act Nile Marr (son of Johnny) and hope he comes back to Glasgow soon. Sadly he didn't play to the crowd he could have as many, including myself, bunkered down in bars near to the Bandstand hoping the rain would pass.

It was fantastic to meet fellow TFC fans in The Doublet in nearby Park Road. The old Fanclub Forum is barely used these days as social media has taken over, but the Fanclub Fanclub Facebook Page is alive and well. The Doublet was packed with fans who had travelled from near and far for the show, including someone from Japan. It takes a special band to generate such devotion. 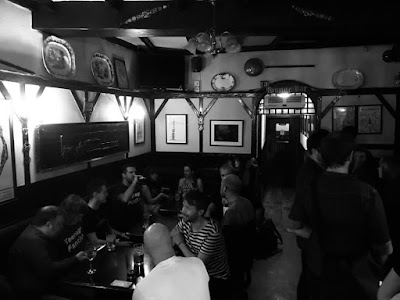 Fanclub Fanclub pre-show meet up in The Doublet

The rain eased and stopped just before 8pm, so it was time to finish drinks and head through beautiful Kelvingrove Park to the Bandstand.

There were some hardy souls in ponchos soaked to the skin who highlighted how brilliant Nile Marr was, although he battled against the elements at times. The pre-show DJ, Glasgow's Tam Coyle, blasted out the sunshine pop of The Byrds and the sun even offered a glimpse through the clouds and the trees and in typical no fuss manner Norman was first to walk on stage.

The band played brilliantly, playing with smiles, super tight - but lovingly loose with it. God Knows It's True was a very pleasant surprise second song in and it caused one die hard to get up and pogo and dance down the front and tempting as it was to join him, I bided my time. It sounded glorious as the guitars fizzed and the band played with huge smiles on their faces. 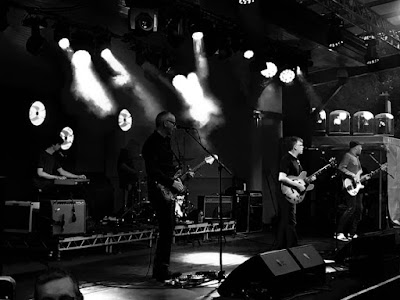 It was interesting to see how the band split up the setlist. Raymond and Norman had more time than we are used to and the band delighted long term fans with the inclusion of the aforementioned GKIT and blast through Catholic Education.

Raymond's Only With You is a favourite of mine and it was rather beautiful last night, coming after the warm guitars of About You which received its usual brilliant response from the crowd.

Alcoholiday brought the masses to the front where they remained for the rest of the show. What a song! We then had a new song by Norman called Put My Faith In You which was full of chiming guitars and Blake's heavenly voice. 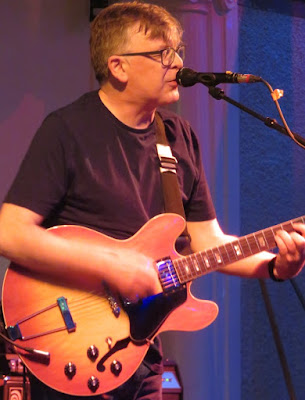 Raymond McGinley's Your Love Is The Place Where I Come From is like a fine wine, maturing beautifully with every passing year. It sounds even more perfect when enjoyed in the company of 2,000+ fellow fans.

Did I Say is a Norman Blake masterpiece, it flows so beautifully and it was played with added zip and zest last night. The band were in full flow now, Verisimilitude was sublime, I Don't Want Control Of You reached skywards, I'm In Love was a joyful romp, pure guitar pop perfection, McGinley's guitar was stunning.

The band were in great form; McGinley making it look easy as he coaxed all kinds of gorgeous sounds, Blake sounding like an angel, Dave having the time of his life on bass, Francis driving it forwards and Euros providing harmonies at times and looking at home. 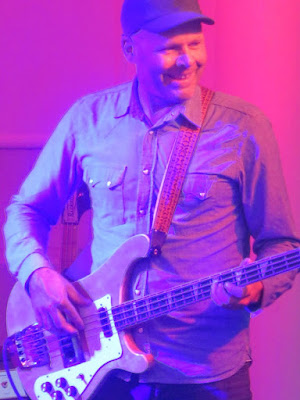 Raymond provided the most poignant moment of the night with a tender My Uptight Life, the band dropped towards the end as McGinley sung the refrain again and again with fans joining in, it was stunning. 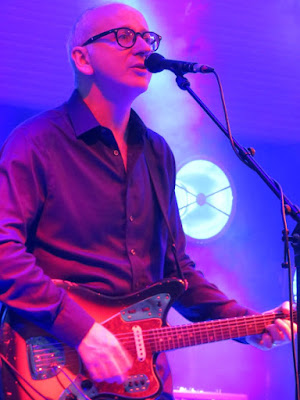 The Concept was the sign for even more people to pile down the front to celebrate the band, the song, friendships and the glorious chiming guitars.

The band weren't off for long and played a four song encore; McGinley's I Was Beautiful When I Was Alive veered off into the glorious outro mantra and the band sounded superb, What You Do To Me is 2-minutes of life affirming pop, there was a surprise inclusion of Don't Cry No Tears and Everything Flows to close the show caused people to hug, punch the air and sing the chorus as loudly as possible.

Teenage Fanclub are alive and very, very well. On the evidence of last night they have the bit between their teeth, are enjoying playing live and there are new songs on the horizon. 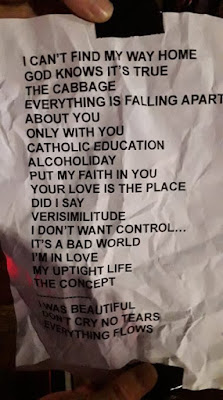