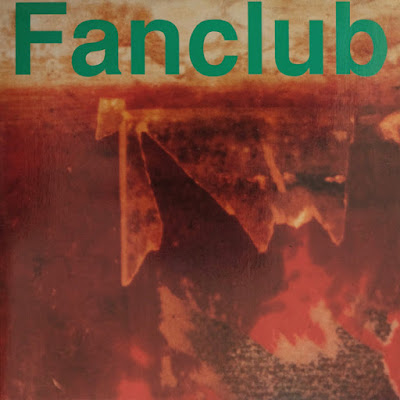 The run of Teenage Fanclub shows at the end of 2019 where they played their Creation Records albums over 3-nights will live long in my memory. The bands rich back catalogue from 1991-2000 was rolled out in all its glory. Songs were dusted off, from Sidewinder to Near You, with the likes of Tears Are Cool, Discolite and Winter in between. Not to mention some impeccable b-sides, including a sublime and very moving Broken, and rarities from the era.

The shows brought immense joy but they were also tinged by sadness with the news that Gerry Love was leaving the band. It could have been worse, the band could have broken up. Thankfully everything was amicable and everything has gone well since.

Teenage Fanclub have brought long term friend Euros Childs in on keyboards and Dave has gone to bass, they have released a new single and blazed a trail across the world from January through to July.

This is a brand new era for the Fanclub and ahead of the bands Scottish summer shows at Kelvingrove Bandstand, scene of a triumphant show in 2014, and Leith Theatre, I thought I'd take a look back all the way to A Catholic Education their debut LP, released 29-years ago in 1990, recorded 30-years ago in July 1989. 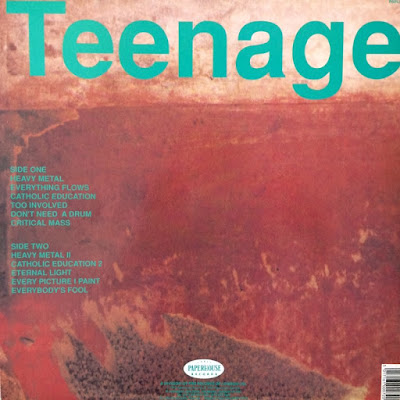 The studio time for A Catholic Education was funded when Raymond McGinley's neighbour passed away and left him a couple of kitchen appliances, including a fridge. They were duly sold to fund recordings of songs Raymond had been writing with his friend Norman Blake following the demise of their band The Boy Hairdressers.

Along with drummer Francis MacDonald, also formerly of The Boy Hairdressers, the trio recruited bassist Gerry Love in May of 1989 and by July Teenage Fanclub began recording after only a few rehearsals.

Blake and McGinley didn't want to hang around with their new band and the  melodic, grungy, and heartfelt songs on A Catholic Education have a rawness, energy, innocence and purity to them that has helped the album age well.

Not many bands capture their developing sound on vinyl, most wait until they are fully formed and polished. Digging into A Catholic Education for the first time in a while, it is evident that the Fanclub were capturing something pretty special.

On songs like the spellbinding Everything Flows there is a sense that everything is coming together, on the title track and Too Involved it sounds like everything could also easily fall apart. 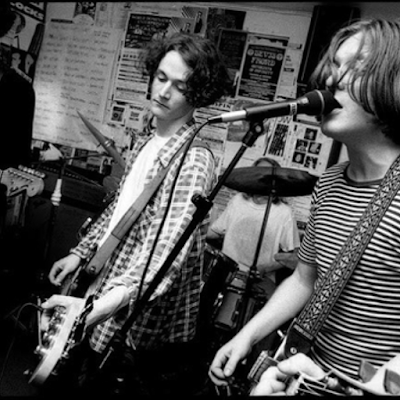 The sense of humour and fun that the band clearly display in interviews and onstage to this day is also all over the album, beginning with the instrumental opener Heavy Metal. It's not, it's simply a  jam but it somehow feels like a perfect opener.

And then we have the majestic Everything Flows, the song that this blog takes its name from. The guitars are glorious, sounding as if the band might have been listening to some Neil Young, the lyrics  have a perspective and maturity beyond Norman Blake's (then) 24 years of age.

Released as the bands debut single, Everything Flows is a song that generates goosebumps and tingles for fans across the world and remains a staple, often as set closer, in the bands live sets to this day. It drives on, you don't want it to end.  The song is like a fine wine, getting better and more meaningful with age.


Live from Reading - Everything Flows

Catholic Education has the rawness and sense that it could fall apart that I wrote about above, the band crash through riffs, the drumming is ferocious and Blake simply sings You wanna turn your back on everything, You wanna turn your back on everyone, Well I try before the song descends into a fun jam and it's over in under two and a half minutes.

I love the warm guitars in Too Involved, I love the lazy intro to Don't Need A Drum and Raymond riffing along before taking on a solo.

Crticial Mass is an unpolished gem featuring early use of harmonies on the chorus. The guitars are gloriously raw. 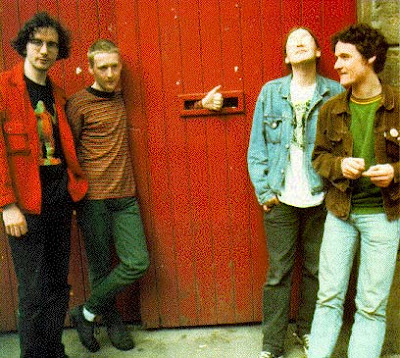 Heavy Metal II is another jam before the band absolutely tear through a reprise of Catholic Education.

There is a song I had forgotten from the album, Eternal Light. There is a ring of The Byrds in the opening guitars and the song has a loving shambolic flow to it.

Every Picture I Paint is a favourite of mine. I've always loved the guitars, Norman's voice, the way the song hangs together, the band tear through it and the chorus forced home,

The album ends with Everybody's Fool, another loose romp. The band find a melody and groove with ease and the recording sounds raw, live and spontaneous.

As much as I enjoy A Catholic Education, it barely sets the scene for what was to come from Bandwagonesque onwards and in a way that is what makes it special. For me, A Catholic Education, is a glimpse of a band (a gang) forming, in progress, sounding raw, stoned and/or pissed, live, spontaneous and full of fun. 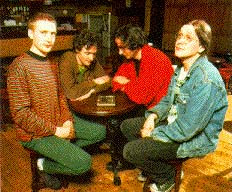