James and The Charlatans, Glasgow Hydro

It’s been a long time since I left work and immediately headed out to a gig. Too long. Last night I skipped through the streets of Glasgow towards hip and happening Finnieston after leaving work at 6pm, headphones on, feeling like a teenager, giddy with the excitement and the anticipation of two of my favourite bands playing together.

The roads shimmered in the lights from cars and street lights and the buildings looked incredible in the night sky. Always remember to look up in Glasgow. 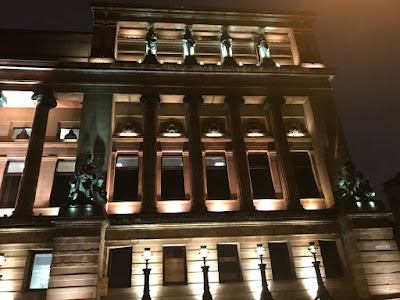 My teenage-esque giddiness was quite apt, as it was a 15-year old that I discovered both these bands through school common room mixtape. I remember only having enough money in Missing Records on Oswald Street to either by Goldmother by James or Out of Time by R.E.M. I chose James and never regretted it. I thought back to that moment on the walk to the Hydro and again when they played 3-tracks off that album during their sensational set.

And it was as a 15-year old that I fell for The Charlatans and their frontman Tim Burgess in particular. He seemed effortlessly cool, brilliant hair, great style and in his own little creative world. Between 10th and 11th was out and songs from that album would mix with songs from their debut as mixtapes were swapped. Along with Teenage Fanclub, The Charlatans are the band I have seen the most – well over 30-times, possibly approaching 40. In fact, maybe I have seen them more than Teenage Fanclub!

The Charlatans kicked off the night. The Hydro looked a little quiet when they came on stage, but I think that was largely due to the weather, traffic and train cancellations. They bravely opened with Totally Eclipsing from their recent EP before really getting into the groove with Let The Good Times Be Never Ending. Burgess patrolled the stage, urging the crowd on, hands in the air, conducting crowd and band. The place had filled and band and audience quickly became one.

Then we had what could easily be described as the holy trinity; One To Another, North Country Boy and Tellin’ Stories from the LP with the same name as the latter. One To Another soared, the energy from that song is incredible. North Country Boy swaggered and sparkled as cheekily as it did upon release and the crowd lapped it up. Tellin’ Stories was beautiful, melancholic and then in your face. 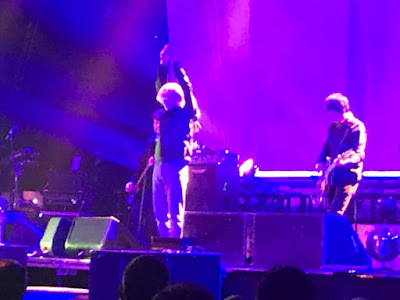 Different Days and Plastic Machinery fitted effortlessly into the set, the latter was the best I have heard it – classic Charlatans with Burgess singing of how at times it is good to be rejected.

And then the Hydro erupted as the band fired up and into The Only One I Know and several thousand middle aged men endulged in a spot of Bez/Dad dancing and reached for the sky singing everyone’s been burned before, everybody knows the pain.

I wasn’t expecting Impossible and it sounded all the better for being a surprise. Nor was I expecting the falsetto funk of You’re So Pretty which grooved superbly before Weirdo took things higher. I wasn’t sure if the band would end with traditional set closer Sproston Green but I was glad they did. The moment the lights turned green set my heart on fire and they slowly but surely built the groove before leading the crowd on a song and dance for a good 10-minutes. The band and Burgess were in brilliant form. 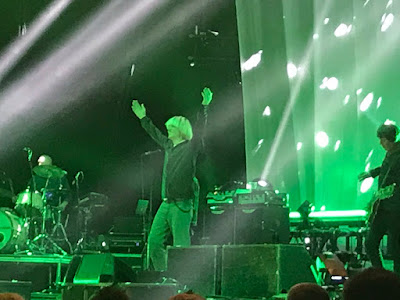 After a quick trip to the bar we were back down the front for James. The 8-piece band entered to a huge ovation and they wasted no time in highlighting they are not and never will be a heritage act by tearing into 2-songs from their 15th album Living In Extraordinary Times that was released this year.

They then took things up a notch with a glorious Waltzing Along and a rip roaring Tomorrow. The band were on fire, they tore into it and the energy they radiated was exceptional.

James don't play Sit Down that often these days, so it was a real treat toes and hear them playing it. It is HUGE and the crowd sang along with all their heart and soul.

Stutter was another song where the band were really on fire, Tim Booth vibed off his band and they responded in return. Out To Get You was tender, beautiful and soulful before the band delivered a stunning version of Just Like Fred Astaire. I'd forgotten about this particular song but I have listened to it a couple of times today after last night. 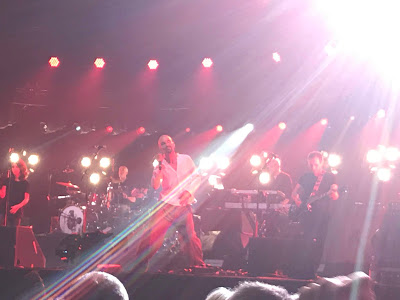 Leviathan is a particular highlight on the new album for me and the band played it superbly with Booth advising and lecturing f**king love, before they drop the bomb make sure you get enough.

Booth was absolutely sensational last night, dancing his heart out, patrolling the stage, in the audience, standing up on the barriers and generally inspiring every single person in the venue, on stage and off. 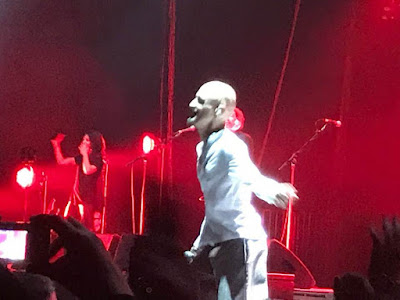 As a young teenager I loved How Was It For You for the huge chorus and the way it flows and I felt like a teenager again as I danced and sang my heart out.

The band always seem to find something extra in Sound, its a special song that allows the band to play and explore, Booth again was utterly mesmerising. The opening synth riff from Come Home was embraced warmly and it sounded huge.

I imagine that James could have played for hours, but there was a curfew and we had time for 3-songs in the encore. Many Faces from their new album was beautiful and the crowd sang along with Booth and after he had finished causing him to smile widely and wildly. 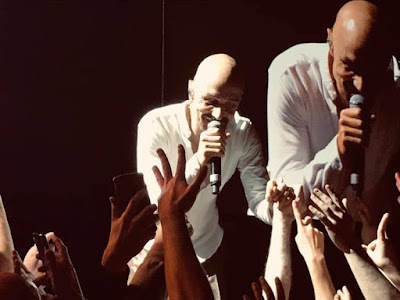 Then he was down at the crowd right where we were standing to sing on of my favourite James songs, the brilliant Getting Away With It (All Messed Up) before finishing with yet another of my favourites, the truly soulfully beautiful Sometimes.


Sometimes, when I look deep in your eyes, I swear I can see your soul

I haven't felt so good after a gig in a long, long time. Both bands were in incredible form, I would say that is the best that I have seen James and i have been going to see them for over 20-years.

James have announced a new tour with a Scottish date in Edinburgh. I suspect many of those at the Hydro last night will be trying to get tickets. Better be quick tomorrow. 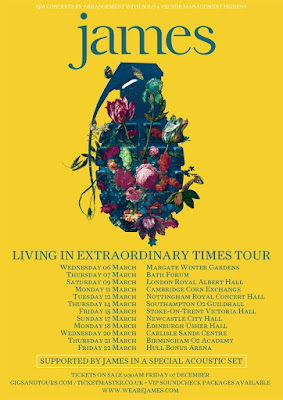