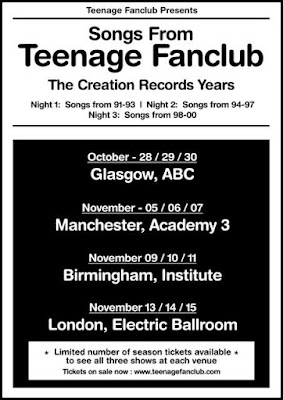 My first podcast in ages!

Teenage Fanclub have announced a series of 3-night shows in Glasgow, Manchester, Birmingham and London to play songs from the incredible run of albums they released on Creation Records through the 1990's to 2000.

I take a look back and play a song from each album and a favourite b-side from the era.