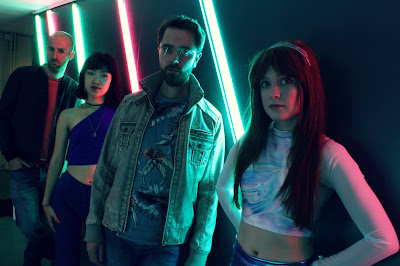 You can expect a few blogs through the year that feature or focus on L Space, a band I first introduced with an interview in November 2017.

They really did blow me away when I caught them at Nice n Sleazys in that same month. They look great; all different but really coming together as a band. They sound fantastic; capable of tender moments of wonder and soaring sonic journeys, both of which can transport their audience to a special place. And singer Lily has the look, style and personality that captivates. A real star in the making. 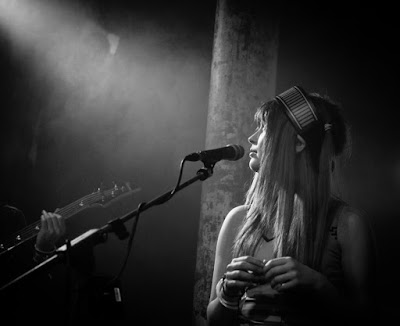 When I first checked L-Space out, I was kind of spoilt for choice. They had a whole range of digital singles/demos I could check out online. I opted for the song-title that attracted me the most - Blue Flowers.

In my November blog I described it as Hope Sandoval from Mazzy Star fronting Portishead. I was floored by its dreamy brilliance; Lily's voice whispering and soaring over a tight groove and Gordon Johnstone's guitars rising to blow minds. It reminded me of things, but it was also most definitely different from anything else I was hearing from young bands across Scotland. It is simply beautiful but with an edge, ready to explode.

L-Space filmed their live set at the recent Last Night From Glasgow second birthday bash and they have released the video of Blue Flowers. Look out for more videos over the coming weeks and months as they build to the release of their debut album on LNFG later in the year.

L-Space play the Shuffledown Festival in Larbert on 28th April. Look out for more live dates;