At the start of November I headed along to good old King Tuts Wah Wah Hut to catch Miaoux Miaoux playing with Mitchell Museum. Also on the bill was a young band called Minature Dinosaurs who hail from Alloa. Their set was excellent and I bought their CD afterwards, I drunkenly described them on facebook on the way home as a young Franz Ferdinand/Orange Juice and I still stand by that description in my now more sober state.
This was only a week after being blown away by a ferocious set by Little Eskimos, who also hail from Alloa, it got me thinking; they have quite a good wee scene going on up there.
I thought they were all from Stirling but I have been assured they are actually from nearby Alloa. I'll mention both in the blog title just in case!
Like the Glasgow scene, it is also quite incestuous with lots of people playing in various bands and helping out with production etc etc. Members of Minature Dinosaurs play in the new line-up of Little Eskimos and Kevin (lead Eskimo) produced the Dinos EP. Stevie from Stevie and the Moon used to be an Eskimo and electro pop guru MOPP is also a member of Stevie and the Moon. With me so far?
Well it doesn’t matter, lets get straight to the point of the blog and give a bit of background on all of these artists and more and find out what they are currently up to.
Stevie and the Moon
Stevie McCrorie is the lead man behind Stevie and the Moon. I was introduced to the band at the start of the year when I was compiling a charity CD for Maggie’s Cancer Caring Centres. Stevie submitted the euphoric ‘Born Again’ from his forthcoming (at the time) mini-album ‘These Old Traditions’. From a very strong album, this was one of the real stand-outs.
Stevie has a very strong voice. The guys from Sonny Marvello were so impressed with his performance when they played with him that the bass player labelled him 'the Scottish Bruce Springsteen'. It's a typically uncanny Marvello description, heartfelt songs from someone with a big heart and a voice full of soul.
On the title track of the mini-album Stevie talks about needing time 'to live our fantasies and wildest dreams'. From the album you can tell he is a dreamer but he has his feet firmly on the ground and the songs are of love, hurt, regret and hope.
Stevie and the Moon have a new single coming out very shortly and will be headlining King Tuts for the first time on December 11th.

Little Eskimos
Before you go any further, click on the link above and play 'Broken Heart Brigade'. It is a storming track that is one of my current faves.
OK now you have done that, lets crack on.
I was also introduced to Little Eskimos around the same time and they submitted the track ‘Get Yourself Together Kid’; another stand out. I’d seen the Eskimos name on various flyers and listings and as a sucker for a good band name I was keen to find out more. So I invited them to play an acoustic set at the venue and Kevin (head Eskimo) turned up and wowed the crowd with his solo performance, including a brilliant cover version of David Bowie’s ‘Five Years’ that sent a tingle down my spine.
It took a further 7-months before I got to see Kevin with some more Eskimos as his band was going through a bit of a line-up change. His performance totally blew me away. Quite a few people I know from Alloa/Stirling way have described Kevin as a genius. In the few times I have met him and from several online conversations I can certainly tell his love, passion and knowledge of music is pretty unbelievable. He seems to making a name for himself for his production skills as well as his songwriting with an amazing ear for a tune.
Anyway, on to the music. Little Eskimos at Tuts in October were outstanding. A comparison to The Hold Steady was probably a pretty simple one to make given the guitar sounds and passion. But simple will do me just fine.
Hopefully by now the guitars are in top gear and the chorus has already lodged itself in your head.
'remember the time when we went to see Soulwax, you couldn't even look at me, I had to stay with your friends, who owe me an apology, when there were too many dj's, i got f**king off my face, when I turn around, swallow me down, I felt completely out of place, so join the broken heart brigade.'
Go and see them live and you'll hear a load more gems like this. I hope they release an album in 2011. 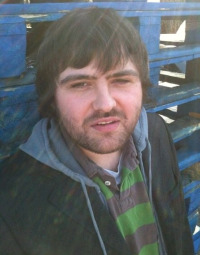 MOPP
MOPP plays keyboards in Stevie & the Moon, however he comes into his own with his solo material. He's made a bit of a splash in 2010 and I expect he will go on to bigger things in 2011, especially with the backing of the excellent Jen Anderson as his manager.
MOPP has already released two singles. I have to admit to being slightly disappointed with the first one 'Everything' but the second single 'Dream About You' is excellent. Think Ibiza via the East Coast of Scotland (where the video was shot - I imagine it may have been colder than they look) and you're getting there. It was a song I heard when I first visited his myspace and I loved it then and love it now, and I'm the proud owner of a lovely 7-inch that you can order from Euphonios Records
Visit MOPP's myspace and you'll find a couple of tracks featuring Stevie (from and the Moon) and it is interesting to hear Stevie's vocals on house/electronic tracks. My fave is 'A Day Needs More Love'. It builds gradually and from 1 minute 40 seconds it goes into something genuinely superb with Stevie's voice straining with soul and the production taking it higher.
'Hold On' featuring Beth is more of MOPP at his best. Like the aforementioned acts, it will be interesting to see what he comes up with in 2011 and it is great that he is comfortable working with a variety of singers. 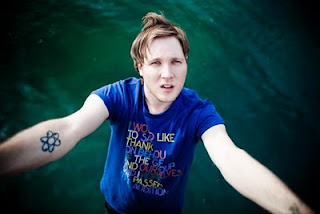 Minature Dinosaurs
As I mentioned above, I really enjoyed Minature Dinosaurs when I caught them at Tuts in early November. They describe themselves on their myspace as 'dramatic indie pop'. It is a pretty good description and one that I can't better for now.
With some members still in their teens and only 18-months together as a band, it is still early days for Minature Dinosaurs but they already seem to be on the right track with radio airplay and regular gigs.
'Write Back' gets a chorus in under a minute before a lovely guitar break and instrumental. With a clear ear for catchy guitar pop, (I would imagine) a few Franz Ferdinand records in their collection and the guidance of Kev from Little Eskimos in the studio it will be really interesting to see what they get up to in the next 12-months. 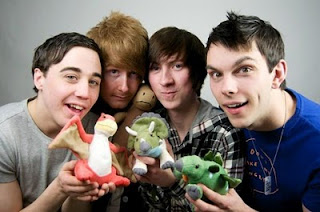 I got in touch with my friend Craig when I told him I was going to write this blog on the acts above. He said that the 'scene' doesn't end there and pointed me in the direction of Jack Butler, Must Be Something, The Mix Ups, Tegan and Kid Adrift (he grew up in dollar).
So check them out.

Great blog Murray! Really sums up the best music I've seen this year too, namely Stevie & the Moon, Miniature Dinosaurs, Sonny Marvello, Little Eskimos. I'm sure 2011 will bring a lot more good news for each of these bands. Also impressive are Endor and The Fire and I. Looking forward to seeing all again soon hopefully, starting with Stevie's single launch next week in King Tut's! :D