In another dimension where snow didn't play havoc with the weekend sport I would currently be sitting down to watch the Chelsea v Manchester United match. As it is I have had a rather relaxing day listening to loads of music and thought I'd write a blog.

The music news and social media this week has been dominated by x-factor winner Matt Cardle's cover version of Biffy Clyro's song 'Many of Horror' which has been renamed (well his version has been called) 'When We Collide.' Biffy's legion of fans (a very passionate bunch) are up in arms that the band has allowed someone like this to cover the song and have started campaigns to buy the original (presumably for the second time in their case) to prevent Matt's version getting to number one. 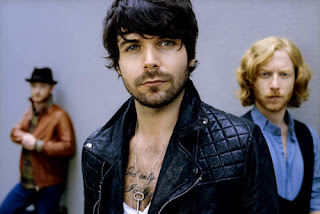 Biffy, have remained quite diplomatic about the whole affair, perhaps a little unaware of the furore as they are currently touring down under. I have to admit a part of me was really hoping that they would come out with some punk rock comment slagging off Matt's version for being 'weak and soul-less'. However, they've remained fairly quiet.

To be honest it is all a lot of fuss about nothing. People have been recording and releasing dodgy covers for years. With regards to Biffy, they have worked incredibly hard to get to the position they are currently in, so some extra income from royalties won't go amiss and all the publicity is driving sales of their own back catalogue. I can't help thinking that Matt's version is pi$h though.

Anyway, on to some good covers.

Quite a few independent bands in Glasgow that I have seen this year have played cover versions. So what is the attraction? Why not play your own material?

Well I'm guessing for one that it is fun. And secondly I am also guessing that playing a cover can inspire you to strive to write something as good as it, or in a similar style.

Great covers from acts in Glasgow this year have been;

Robert De Niro's Waiting - Futuristic Retro Champions
FRC's played this for the first time as an encore at their FRC EP launch in February. The audience reaction was so good that they kept it in their set and released it as a 'hidden track' on their 'May the Forth' single. 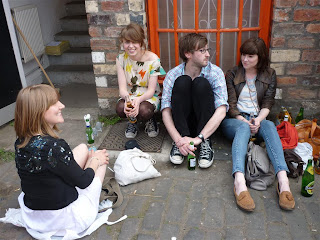 The Visitors - Nevada Base
When Nevada Base announced from the Stereo stage that they were going to do an Abba cover I expected something from Gold. However they played this gem from Abba's last album (of the same name) and I went out and downloaded it the next day. A synth masterpeice! Check it here

Nevada Base also covered the italo disco classic 'Spacer Woman' and gave it away for free at their gigs. Check it out below

Jet - Sonny Marvello
Big fans of Macca and The Beatles, Sonny Marvello covered this at their 'Pull Me Up' EP launch at Stereo in November, throwing in the riff from 'Live And Let Die' at the end for good measure. The crowd loved it and it remained in their set for their gig at Stirling the following week where it also went down a storm.

At singer Stephen's wedding last year the band played a set and dropped in 'Modern Love' by Bowie and 'Pump It Up' by Elvis Costello, both which they would then occasionally dip into if the mood was right in future gigs. 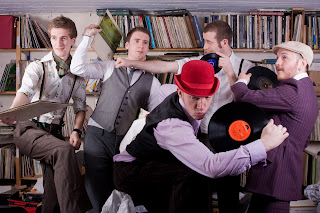 I can't help but think how great it would have been if they had won the battle of the bands to play Edinburgh's NYE party and dropped this in. They may be a bit safer with Kitty The Lion!

Paper Planes - Mitchell Museum
Mitchell Museum always play with cheeky grins on their faces, none more so when they get the pleasure of watching the audiences reaction when they launch into their lysergic cover of this MIA pop classic. The boys have also shown their ear for pop and love for fun by covering 'Great DJ' by The Ting Tings.

Some of my favourite cover versions.

Being a huge fan of Teenage Fanclub I was lucky to be turned on to great bands through the Fannies choice of b-sides or live covers, or ltd 7-inch releases. This has to be my favourite cover of theirs though, watch them romp through The Byrds classic 'Feel A Whole Lot Better' with Norman and Gerry taking it in turns.

Jimi Hendrix stops playing to dedicate 'Sunshine Of Your Love' to Cream who split up that day. It is worth watching all the way through but skip to 2 mins 57 seconds if you must.

The Byrds loved Dylan so much that they recorded an album 'The Byrds Play Dylan' (one of my all time faves) and the jingle jangle of their twelve string guitars on Mr Tambourine Man is just glorious.

Nirvana cover Bowie's 'Man Who Sold The World' and improve it!


And I guess The Lemonheads broke through with their cover of 'Mrs Robinson' although 'It's A Shame About Ray' was such a good album they would surely have broken anyway.

So enough ramblings for now. Covers are fun, Matt Cardle's cover of Biffy is terrible, they should slag him off but take the money. Over and out.
Posted by everythingflows at 08:55