I Ran Away by Dinosaur Jr 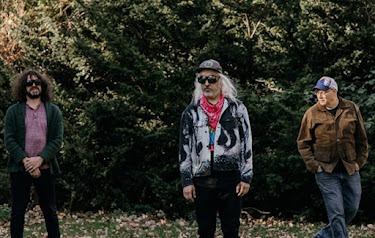 Later this month Dinosaur Jr will release Sweep Into Space, their 12th studio album, on 30th April. Co-produced by J Mascis and Kurt Vile, my appetite for the LP has been hugely enhanced by I Ran Away which is the sound of vintage Dinosaur Jr.

J Mascis' voice is beautifully strained and soulful, his guitar playing still makes me want to pick up an electric guitar, his rhyming style is at peak flowing levels.

All in all, I Ran Away is everything I could possibly hope to hear from Dinosaur Jr in 2021 and more. Are they still this good, this fresh, this exciting - YES!

Sweep Into Space will be the bands 5th album since Mascis, Barlow and Murph re-united back in 2005, playing shows that then led to 2007's Beyond LP.

Mascis and Barlow continue to release solo/Sebadoh albums, but there is no denying that they create something special when they come together with Murph on drums.

The meet me where I know 3rd verse is written in exactly the same style and structure as the first two verses, but it's delivered differently, like a middle eight, it's so clever, so brilliant. And J's fills after each line in the chorus are sublime, the rhythm section is just constant, allowing the magic to happen. J's guitar solo is 25-seconds of escapism and pure joy.

35-years since their debut album, Dinosaur Jr continue to amaze and excite. Roll on the album and I hope we see the band return to Glasgow next year.