The Indica Gallery was a counterculture art gallery in swinging central London between 1965-1967, most famously known for being the place that John Winston Lennon met Yoko Ono. In one of my favourite Lennon interviews he describes this meeting; walking in and seeing some step ladders and a magnifying glass, he perches on top of the ladders and peers through to see the word YES. If it had been NO or MAYBE then he might not have stayed, but the positive nature appealed to him and he stayed. The rest, as they say, is history.

Anyway, The Indica Gallery EP is the first of three EP's that Andy Bell is releasing between April and June 2021. Each EP will be released in a different format; 12-inch, 10-inch and then 7-inch, hence the series will be called Ever Decreasing Circles. 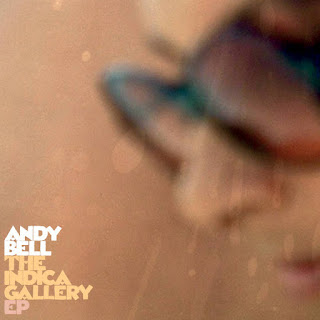 Bell's debut solo album The View From Halfway Down was one of my top 10 albums of 2020 and Andy also very kindly gave a very insightful interview for the blog around the release of his single Love Comes In Waves.

I love the creative energy that seems to be pouring out of Bell. Ride have produced some incredible music since reforming, while outwith that, Andy is releasing experimental electronic music under the guise of GLOK and psychedelic guitar pop with lots of grooves under his own name.

Electronic music and blissful psychedelic grooves gel on the 6-track The Indica Gallery EP as the artist Pye Corner Audio is let loose on 5 of the gems from Bell's debut solo album; Indica, Skywalker, Cherry Cola, Love Comes In Waves and I Was Alone. The 6th song is Bell in his GLOK guise also remixing Indica.

The remix of Cherry Cola is a particular favourite. The last couple of minutes are beautifully dreamy, there is feedback in the background as a sublime electronic riff is allowed to run and run, before fading to the guitar riff from the original.

Elsewhere I Was Alone just seems to float and glide. Ladies and Gentleman, we are definitely floating in space with this beauty! The pH value on this remix is a clear 14. Sublime. 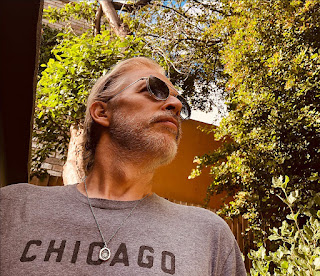 Love Comes In Waves is transformed into ... well psychedelic waves that just keep coming! Skywalker sounds like it could do with a 12-inch all to itself, just taking off before teasingly being brought back down.

With Indica it's interesting to compare two different artist taking on the same song. Pye Corner Audio layers beats and synths, creating a warm melting pot you could easily get lost in. Then Bell, as GLOK, starts with blips before adding beats, synth bass and then introducing a riff that reminds you this a remix, taking you on a trip. The remix compliments the original perfectly.

The Indica Gallery EP is further proof that Andy Bell is in a rich vein of form right now. He seems to be blessed not only with real creative energy, but with the outlet to get things out there. Martin Jenkins aka Pye Corner Audio, works wonders, taking the songs to new places, yet they feel right, like this is a journey they had to go on.

"Pye Corner Audio was headlining with bdrmm and myself playing live sets, as well as Simone Marie Butler, Maps and others djing. Before this legendary night was over, Martin and I agreed we would work together on something, sometime. I wasn't sure he' remember the conversation, but luckily he did."      Andy Bell

"It gave me a great deal of pleasure working on these remixes, and I think the EP is a fitting companion piece to the album." Martin Kenkins aka Pye Audio Corner