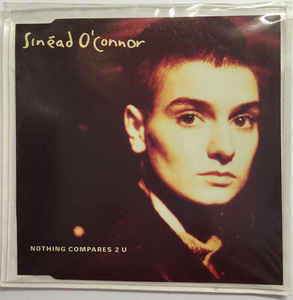 Sinead O'Connor's version of Nothing Compares 2 U must rank highly in the best cover versions of all-time chart.

As can happen in this regular feature on the blog, I discover new things about the song, or footage I haven't seen before. The footage of Prince rehearsing in the Flying Cloud Drive Warehouse, Minnesota, in the summer of 1984 is electrifying to watch. A times Prince looks totally wired, he pulls out all his James Brown moves, he's up on the drum riser, he looks super cool, lean, muscular, fit and completely 100 percent in the zone, pushing himself and his band, lost in the music.

Phew! It is stunning to watch and the song and footage may well leave you breathless.  This is the original version of the song that Prince would also record with his band The Family. He just couldn't stop writing or playing!

The simple riff played on a keyboard leads to more dramatic guitar, bass and drum flourishes and a golden vocal from Prince, aching with soulful reflection


Since you been gone I can do whatever I want
I can see whomever I choose
I can eat my dinner in a fancy restaurant
But nothing, I said nothing can take away these blues
Cause nothing compares, nothing compares to you

Prince has been burned bad, so heartbroken he goes to the doctor but rejects his advice to have fun, he's so caught up in his lost love. Listen to Prince's voice breaking and aching when he sings the verse all the flowers that you planted Mama

The soul, the drama, the musicianship .... are just incredible. What a song.


However, the original version was unreleased until 2018! And back in 1984 it was released on an album by a Prince side project, his funk band The Family, such was the volume of music pouring out of him. It was tucked away on an album and received little acclaim or recognition. I should state that in 1984 Prince released his Purple  Rain album on the back of his 1999 album. He wasn't short of acclaim!

Six years later, Sinead O'Connor took the song across the world with a stripped back emotive and soulful version. The accompanying video, largely consisting of a headshot, the shorn haired O'Connor belts it our with soul, anger and emotion, shedding a real tear, captivated millions.


Strings usher O'Connor's version in, immediately creating a different feel. The strings, like O'Connor's voice, pull you in to to her heart. She sounds absolutely devastated and lets it all out, her voice reflective and almost soothing at times, but within seconds it can soar.

The Network Forty wrote that "when Sinead sang Nothing Compares 2 U, seas calmed, angels wept and Top 40 radio stood still to listen to this powerful expression of unrequited love."

Mark Richardson from Pitchfork said "you have to look pretty hard to find a better expression in pop music of the void that exists when a relationship ends."

O'Connor delivers something truly spellbinding with her version of Nothing Compares 2 U. I would have been 14 in 1990 and I vividly remember the whole family watching O'Connor deliver the song on Top of the Pops. Her version is gut wrenching, heart breaking, tears are in your eyes and hers, you are with her, every step of the way, you feel her hurt, her anger, every ounce of her emotion.

A great cover Murray - better than the original
King Creosote's version is worth a listen too
https://drive.google.com/file/d/1djtNYeouS6TTQIg461K_dMqpJgbtXOBw/view?usp=sharing