Cover version of the month #48 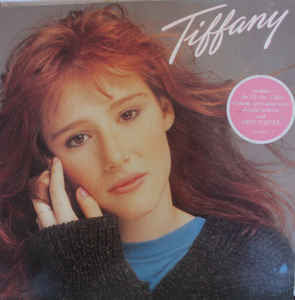 In the Autumn of 1987 I bought two pop albums on cassette tape; Out Of The Blue by Debbie Gibson and the eponymous album by Tiffany. I was 11-years old and I was falling for perfect pop like Gibson's title track Out Of The Blue, the glorious Only In My Dreams and vivacious Shake Your Love and the incredible I Think We're Alone Now by Tiffany. And as an 11-year old with my hormones beginning to explode, I was also falling for the singers! 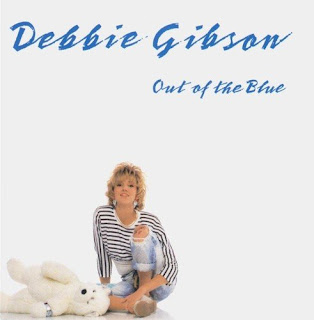 I can vividly recall nipping across the road with my new tapes to show them off to my neighbour Barry Coughlan and his friend Stevie McColme, both 4 or 5 years older than me. They were heavily into Black Sabbath, Ozzy and Dio and laughed at my love of pop. Although I think they admired my taste in women!

My love for pop has never left me. Gibson's Only In My Dreams still has a youthful zest and freshness about it. Carly Rae Jepsen should cover it!


However this blog is about I Think We're Alone Now, a song I had known was a cover for a long time, however I only discovered the original by Tommy James and the Shondells recently and I have been thoroughly enjoying exploring their back catalogue of impeccable garage pop.

Tiffany's version of I Think We're Alone Now was released in 1987 when she was only 16, shortly before her 17th birthday. Her flame red hair made her stand out and in the promo video she played shopping malls to ecstatic crowds, partied with friends on a beach and sang while hanging out a car window. To an 11-year old this was pretty cool. It still is to a 43-year old!

Looking back on this song Tiffany's voice is exceptionally rich for someone so young and is there a playfulness I wasn't aware of when I was more innocent when she sings the opening lines;


Children behave, that's what they say when we're together
And watch how you play
They don't understand and so we're

And then it is straight into the euphoric romantic bridge and glorious emotional chorus that really captures a feeling, a moment in time. The chorus is absolutely perfect and brings back teenage memories and the excitement of being alone with someone. That line the beating of our hearts is the only sound .... perfect.


Running just as fast as we can, holding on to one another's hands
Trying to get away into the night and then you put your arms around me
And we tumble to the ground and then you say

There is only one more short verse and then it is bridge and chorus all the way. Tiffany's version is pure 80's.


As for the original ... it blows my mind. I love how this song works sung by both male and female. Both can want and need the same thing, both feel the same way. 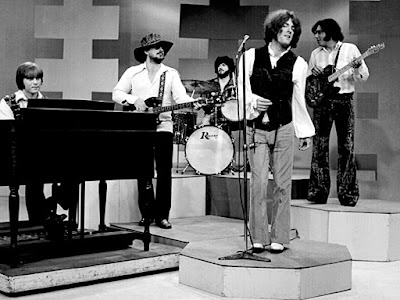 The original is garage guitar pop perfection. Their is a rawness, a soul, an urgency to the song. There is something magical about it, in keeping with the song title, it feels like you are alone with it, cause you can relate to it. The beat is like garage Motown, complete with tambourine shakes, the breakdown for the chorus works beautifully and the way the song flows towards closing is sublime. It's over in 2 minutes and 19 seconds!

Labels: blog, cool cover versions, Debbie Gibson, I Think We're Alone Now, Only In My Dreams, Out Of The Blue, review, Tiffany, Tommy James and The Shondells