I always enjoy lists of bands, songs and albums. So welcome to a new feature where I'll choose a favourite band or artist of mine and then list and discuss 10 of my favourite songs from their career.

First up - The Vaselines 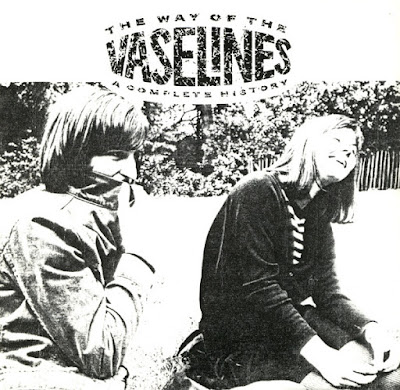 I remember going into Missing Records on Oswald Street in Glasgow to buy The Way Of The Vaselines, a compilation of all previous releases by the band. It came out in 1992 when interest in the band was reignited thanks to Nirvana, one of the biggest bands in the world, covering Son Of A Gun and Molly's Lips on their Incesticide album. I was a mere 16-years old and the cool girl that served me seemed pretty impressed that I even knew who The Vaselines were, never mind that I was asking after their album. If Kurt Cobain and this cool girl in Missing were into the band then they must be good! The Vaselines had a new fan.

The Vaselines had already broken up by the time I got into them. Eugene went on to form and lead Captain America/Eugenius and release a brilliant solo album, Man Alive (definitely need to do a blog on that at some point) before getting The Vaselines back together with Frances in 2006. Since then they have released two new albums and played shows all around the world.

A number of years after buying the album I went looking for it in my then alphabetised CD collection and it was missing! I hated my brother or sister taking stuff without my permission but I was pretty impressed to find that the CD was in my sisters room along with some other great albums she had 'borrowed'.

Somewhere along the line, a few years later, my sister Carla emailed Eugene out of the blue to ask if would contribute to a dissertation she was doing at Art School on pop music and pop art. She was amazed that he replied and since then they have become really good friends, playing numerous shows together and recently Carla JOINED THE VASELINES as their keyboard/synth player.

The Vaselines are such a fun band. There early material is pure punk pop. Some songs sound like they were almost made up on the spot and that has helped their songs sound fresh decades later. Their post reformation songs and albums definitely keep the fun and innuendo at the heart of everything, but there is a more mature sound to songs like the gorgeous Single Spies. Live, the bands warm guitars and onstage banter between Eugene and Frances can't help but bring a smile to my face. 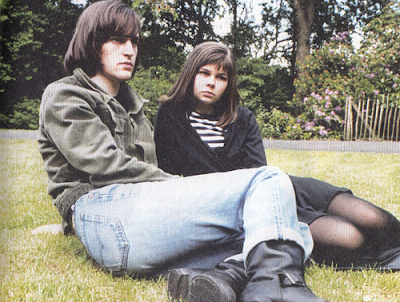 Teenage Superstars
All 4 songs from The Vaselines 1988 Dying For It EP released on Stephen Pastels 53rd and 3rd Records feature on this blog. They are raw, pure and in many cases, including this one, they are electrifying. The beat is primal, Eugene lets rip on his guitar and sings lyrics mixing sex, religion and youth rebellion leading to an incredible closing 80 seconds of  Frances and Eugene yelling I'm a teenage Jesus superstar with the energy leaping out and grabbing you. This is brilliant punk pop that sounds raw and dangerous.


Molly's Lips
The great thing about early Vaselines material is that they really sound like they were in their own world not giving one f**k about anything else going on in the world. Molly's Lips is well under 2-minutes yet there is time to pack in 3 verses, 3 or 4 choruses, a horn and a great break to a guitar solo.


High Tide Low Tide
The lead single from 2014's V for Vaselines album. This is so catchy. I love Eugene singing about playing hard to get, there are bah bah bah bah bah's, warm noisy guitars, a video with Eugene and Francis in leathers, on scooters, hoola hopping and playing crazy golf. Pretty much everything I love about the band in song and on film!


Single Spies
With Single Spies The Vaselines capture something quite beautifully in a way I don't think they ever have before. Absolutely sublime. Almost mature - in a Vaselines way of course! Eugene and Frances voices combine and entwine so naturally.


Stop denying
That it meant nothing
You're lying


Sex With An X
The Vaselines 2010 comeback single and album. Frances dressed as a nun and Eugene as a vicar in the video! This is a delicious romp of a song with The Vaselines innuendo and sense of pop pushed to the fore. It's like it is just one big long chorus with a glorious guitar solo and handclaps. Brilliant. Their comeback show at the ABC in Glasgow around this time was a joy.


I Hate The 80's
From the aforementioned 2010 comeback album, Eugene and Francis display their knack for catchy punk pop by filling it full of brilliant observations with pure cheek. You put a bullet in a Beatle, started beating on the people is an incredible lyric! The where did that girl go, what did that boy know hook is infectious, as is the it wasn't all Duran Duran Duran Duran line.


Dying For It
I kind of like to think of Dying For It as a garage nuggets pop punk tribute to Motown....by way of Glasgow. I'm not sure if anyone else thinks of it like that but the way Eugene and Francis sing the hook I'm hanging out, baby I'm hanging out really does make me think of the kind of hooks Motown would produce. A glorious racket with pop melodies. The sound of a band having fun.


The Day I Was A Horse
Possibly my favourite live Vaselines song. They fizz through it and the kiss off line on the chorus I think I'm on a f**king trip is sheer brilliance. This is 90-seconds of catchy punk pop brilliance that sounds fresh, energetic, fun and vital.


Jesus Wants Me For A Sunbeam
For me this is one of the most beautiful songs ever by a Scottish band. The handful of chords, stunning vocal, the imagery in the lyrics, the cello and the whole feel to the song - just perfect. Listening back to some of the early Vaselines material, they really captured something on the recordings - there is a rawness and purity to them, beautiful.


Son Of A Gun
Eugene and Frances at their very, very best. The way this song flows is perfect, so perfect that I think I could listen to the chorus on repeat all day long. The whole song is super catchy, the verse is like a nursery rhyme, but that chorus ... with Frances singing;

Labels: 10 of the best, 53rd and 3rd, albums, Eugene Kelly, Frances McKee, Jesus Don't Want Me For A Sunbeam, Molly's Lips, Nirvana, Son Of A Gun, stephen pastel, the vaselines, the way of The Vaselines