Gimme Some Truth by John Lennon

Trust me #5
Gimme Some Truth by John Lennon 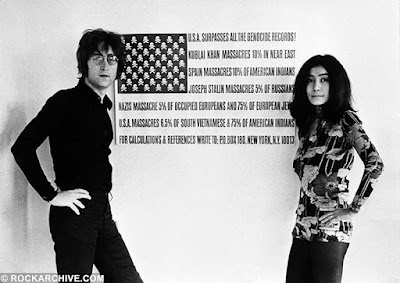 I had started my Trust Me series by just posting lyrics and the song and saying - trust me, this is good.

But I do feel compelled to write something about Gimme Some Truth by John Lennon before you go on to read the lyrics and listen to the song.

So much of Lennon's work is timeless. His take on love, life, death, politics and the universe is one that struck a chord with millions. And it still does.

Songs like Imagine, All You Need Is Love and Give Peace A Chance might be more celebrated, but in the case of Gimme Some Truth, this song in particular rings true in Britain right now. What a state we are in with Boris Johnson as Prime Minister and the threat of Brexit hanging over us. I have yet to hear any positive arguments put up for Brexit. Instead all evidence based articles and common sense point towards food and medical shortages, unrest and job losses. A bumbling fool is leading the country - oh how we laughed at the USA when Trump got in!

So yeah, Gimme Some Truth is post primal scream therapy Lennon telling it exactly like it is with some scouse wit thrown in. The circular electric guitar riff sounds vital, at the heart of everything and the solo is rip roaring.

And Lennon is at his most biting, there is no intro, he is straight into it. Sick of it, fed up, drawing the line that he won't be 'mother hubbard soft soap-d'! All he wants is some truth.

Lennon's vocals are exceptional. He is rasping, spitting the lyrics out, matching their distaste at everything that is pissing him off. Gimme Some Truth is exceptional, pre-punk punk in its disdain and delivery.

Trust Me
1. Something On Your Mind by Karen Dalton
1A. Crimson and Clover by Tommy James and the Shondells
2. I Am, I Said  by Neil Diamond
3. Where's The Playground Susie?   by Glen Campbell
4. If You Could Read My Mind by Gordon Lighfoot
Posted by everythingflows at 10:11

Thanks for this! It's so relevant for our times. I couldn't help but notice a hint of 'I am the Walrus' in John's singing. So great!