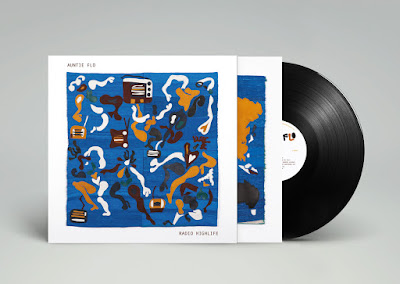 The artist benefited from the exposure the award generates and also walked away with a cheque for £20,000. A sum of money that makes a huge difference to artists.

I say walked away, but Auntie Flo was actually on stage in the Isle of Skye, playing a festival he had been booked for long before making the longlist and eventually the shortlist. Check the moment he found out he won the award.


The Assembly Rooms was an absolutely perfect choice of venue; central for transport, historic, classy, looking incredible and really adding to the sense of occasion. Creative Scotland's Alan Morrison spoke passionately about the difference the award was making, the importance of the album as an artistic statement and body of work and how proud he was that Creative Scotland had supported 40% of the artists that made it to the longlist of 20.

The drinks flowed courtesy of sponsors Harviestoun Brewery as artists, journalists and the hard working people behind the scenes in the music industry mingled and debated who they thought should be the winner.

My favourite was rather obvious and after my sister Carla's album Impossible Stuff I was rooting for the Andrew Wasylyk and Free Love albums, also appreciating Kathryn Joseph's incredible talents. I have to say I was nowhere close to predicting Auntie Flo as the winner. 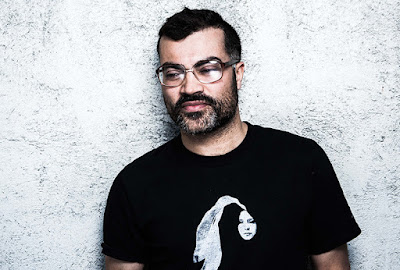 However, through my sister making the shortlist, I was closer to the SAY Award than ever before. So I have a newfound admiration for the effort that goes into the award, the confidence it gives to artists longlisted and shortlisted through recognition and the benefit it brings to them through promotion. And on top of that there is the incredible £20,000 prize, I knew how life changing that would be for my sister! But I think it would be pretty life changing for a lot of the artists on the shortlist, if not all of them.

It's not easy to fund and sustain art, so well done to the SAY Award and the SMIA (Scottish Music Industry Association) for creating such an incredible prize fund for the winner and also for the others on the shortlist who each received £1,000.


My playlist with a song from each of the shortlisted albums

As the drinks reception closed we were called to the main hall, although there were regular excursions to the bar! I was in the bar when Young Fathers walked in, looking super cool, it was like the room stopped to see them, they were stylish and in the zone. 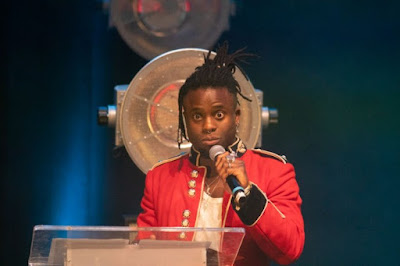 The tension and excitement was building. Vic Galloway and Nicola Meighan were excellent as hosts, bouncing off each other and introducing music on stage (Heir of the Cursed was particularly mesmerising)  and also the shortlisted artists to make speeches.

I was super proud of my sister as she used this opportunity to thank many people who have supported her in making, releasing and promoting the album. It was great that she took Lloyd from Olive Grove Records up on stage with her to highlight his energy, work and support, stating; 'the Scottish music scene is a brighter place for having Lloyd from Olive Grove in it'.

I think I had something in my eye. 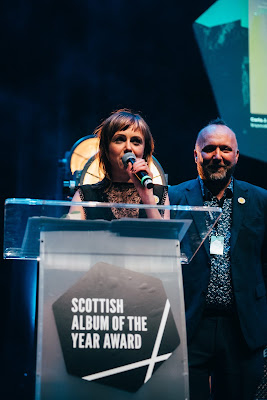 Kathryn Joseph echo'd the thoughts of quite a few people I spoke with when she said that she was surprised The Twilight Sad's album had not made the shortlist. The short and longlists did highlight the development of Kathryn's and the Sad's label; Rock Action records, the label is really coming on and the biggest compliment I can pay the good folk there is that it is no longer referred to as Mogwai's label.

I was involved in a bit of a Twilight Sad debate at the bar. My friend Kat loves them but I just can't get into them at all - fair play to the band for the progress they are making, their development has been astonishing. Also fair play to the judges for going with what they like, not what the masses like (Chvrches) or what large sections of the media enjoy - The Sad.

The beauty of the SAY Award is that it does provoke debate and at the end of the day it is all a matter of taste. I think Nicola Meighan said to the room 'we all know that music and art is not a competition' .What some love, others will hate, what some think is amazing, others will think it is shite but occasionally people will hold their hands up and appreciate something, even if they don't like it.

It was fantastic to see all of the shortlisted artists sharing chat and jokes with each other as they waited to go up and collect their shortlist award. 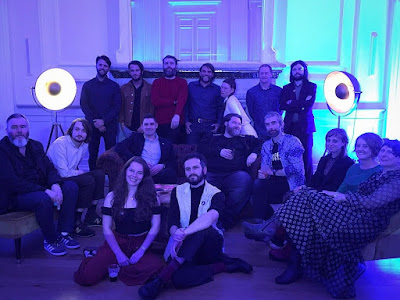 Auntie Flo did seem to be a surprise winner for the majority of the room though. There was an audible gasp when it was announced by Young Fathers.

That said, Radio Highlife more than deserved to be in contention and perhaps its importance as a record (like many albums released before it) will only become known years down the line. Certainly, if you can imagine a 2039 documentary looking back at the state of the world in 2019 and you see Auntie Flo winning the SAY Award it is a very positive statement for our country and the creation and support of art within it.

I hope Radio Highlife continues to earmark Scotland as a place of openness, diversity and compassion in a time when all the above seems to be getting questioned.

On purely musical grounds, it means a lot - I've always tried to do something different, say something unique and sound true to myself with my productions, so it's hugely satisfying that this approach has led to recognition in this way.

The songs and sounds that make up Radio Highlife have been the literal soundtrack to my life as a DJ over the past 7-years - every tune loaded with layers of personal memories that make it an extra special album for me.

The announcement actually happened towards the end of my set. I noticed my phone going a little crazy and then when the organisers showed up with a bottle of champagne, I knew I must have won! I celebrated by playing one of my all-time favourite tunes (Laurent Garnier - Man With The Red Face) and serving champagne to the crowd who were none the wiser. They probably thought I do that every set!

It was almost poetic to be in one of the most beautiful places in Scotland and doing what I love doing the most when I found out the news.

Auntie Flo's Radio Highlife is the 8th winner of the SAY Award, joining the eclectic, eccentric and electric list of;