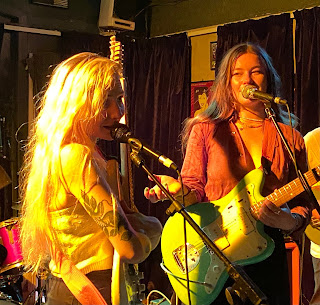 Wet Leg came to my attention in the summer when 6 Music grabbed a hold of their glorious pop punk debut single Chaise Longue and just wouldn't let it go. And anyone who heard it, held the song close to their hearts just as tightly. Funny, catchy, urgent, cool, full of hooks and brilliant guitars - the sound of summer.

Around that time the band announced a tour, including a date in my favourite Glasgow pub - McChuills. You can read all about my love for the bar HERE

What makes you think you're good enough

To think about me when you're touching yourself?

It very quickly became apparent that Wet Leg were one of the hottest new bands in the country and that McChuills was going to be far too small a venue to meet demand. I fully expected the gig to be upgraded to St Lukes or King Tuts.

Thankfully it wasn't. Both for the 100 or so people in McChuills and for Wet Leg on stage. They won't be playing that many more gigs where they are just a couple of feet from the audience, staring into the whites of their eyes.

It was actually quite refreshing to read the band come out in some recent interviews and admit that they were still developing, so playing shows like this was really important. And it is, playing packed intimate venues like McChuills is both fun and a great road test for both band and songs.

As it was, there was a stage where I thought the gig wasn't going to happen as the sound engineer wrestled for 45-minutes to fix an issue with a microphone on stage, looking a little flustered at times as the crowd began to grow a little restless.

So instead of a 9pm start time, Wet Leg finally came on at 9.45pm, quickly bursting into action and winning the crowd from the get go.

Wet Leg are Rhian Teasedale and Hester Chambers, but when they play live they become a 5-piece. Their drummer was brilliant, downing beers in between songs and driving them along. Teasedale and Chambers both played guitar, the bass was groovy, underpinning everything, while at times there was a 3rd guitar or keys/synths. 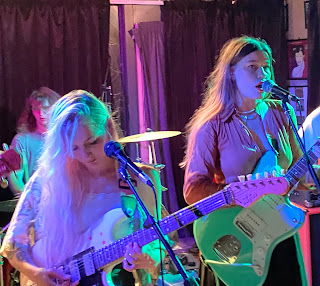 There was a brilliant rawness about Wet Leg last night. They were tight but loose and they have found a sound that generates fun and excitement on stage and off. Chambers held her guitar high, playing inventive solos and riffs around Teasedale's rhythms. 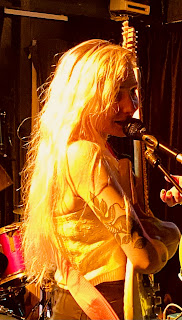 Wet Dream was played early on (full setlist below) and most of the songs were upbeat, spiky, melodic and fun. Supermarket sounded like a lost gem from the Britpop era; slightly ridiculous but so catchy I almost found myself singing along. Think Elastica meets Sleeper with Jarvis Cocker on writing duties. 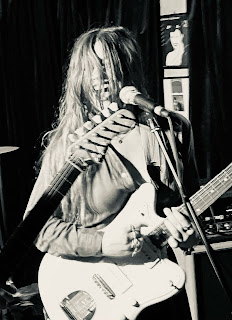 There was a couple of slower numbers and towards the end Teasedale brought the band into a huddle on stage to decide how many songs they could still play. We got another 3, all fun and full of energy, the band having real fun with the instrumental sections in Angelica, with Chambers and Teasedale bending backwards as they played their guitars.

Of course, there was only one song that could close the show, there was no encore. Wet Lege ended with the brilliant Chaise Longue, the crowd singing along, shouting the What? section to in answer to Excuse me.

Frantic, furious and cool, McChuills went suitably wild. Wet Leg easily showcased that they have more singles and what is bound to be one of 2022's most anticipated albums up their sleeves. They were the hottest ticket in town last night and it looks like their April show at The Mash House in Edinburgh is already sold out. Hopefully they add another Glasgow date - be quick in trying to get a ticket if they do!

It's always good to catch a band on the up, it will be interesting to see just how high Wet Leg can go. 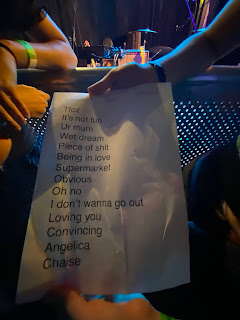