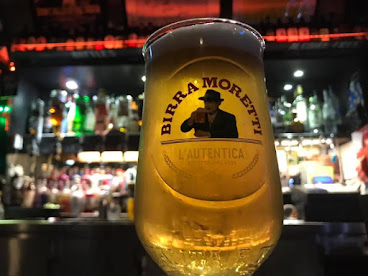 I can't pinpoint the first time I visited McChuills, situated on High Street in Glasgow. The first time might have been by chance, stumbling across it on route to the Barrowlands. But between 1999 and 2010 (and especially from 2001 when I moved to Dennistoun) it became a pretty regular haunt for me. And even post kids and a move out to Uddingston, McChuills is still a pub I'd visit more than any other in town, especially pre and post Barrowland shows.

Back in the pre-smoking ban days McChuills was one of those bars you could walk into and feel like you could literally cut a square of cigarette smoke out the air. The low curved ceilings just seemed to let the smoke gather and hang.

McChuills has something that you can't fake. It has soul, it has character, it has characters. I remember walking in one night and spotting this sharp suited mod behind the bar, 3-piece suit, smoking a cigar, glasses on, grey hair swept with a kind of Andy Warhol vibe, but even cooler. He was pouring pints, pulling CD's from the mass walled library of them that sat alongside all kinds of spirits, putting incredible tunes on and talking to everyone in the place. 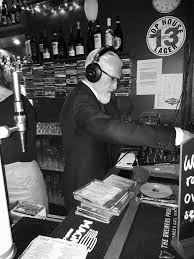 This was my introduction to Nicky Stewart, the charismatic owner of McChuills. Regular visits would ensure that we would get on nodding terms and eventually chat. McChuills is the kind of bar that was great to visit with friends, but also great for popping in for a pint if you were passing and I'd pass quite frequently when I chose to walk home from work to Dennistoun, maybe after popping into Monorail.

There was one time that I sat at the bar for a pint and Nick asked what I'd bought and asked if I wanted him to play anything, so I handed over a Roots CD and asked him to play The Seed (2.0) which he did. And it seemed to fit the McChuills vibe, I felt chuffed when Nick nodded approvingly.

Another time I was sitting at the bar with my friend Reddy, possibly late on a Saturday afternoon and Pale Blue Eyes by the Velvet Underground was on. Nick was talking to us and I said how much I loved the song and 'imagine being the girl that Lou Reed wrote the song for'. Nick loved this and bought me and Reddy a drink.

That was one side of McChuills. The other was the wilder nights. I remember being up on chairs and up on the wee stage through the side of the bar a number of times at closing time when Tainted Love by Gloria Jones was blasted out, always a popular end of night anthem. The whole pub would just go wild.

Pre club nights were always popular at McChuills and there were a number of times my friends and I just decided to stay in McChuills rather than go to the club! The record sleeves and posters that adorn the walls of the bar hint at the taste of the pub; mod, garage and psych are essential to the vibe of the place. The pub was central to Glasgow's Mod Weekender and there were many nights in the early 00's where I would be in the bar before heading round to Friday Street in Blackfriars basement. The music I discovered was incredible.

It wasn't just mod and northern soul. A friend Paul ran a pre-club night for his club called Spectrum which was electro focused, one time I was in on a Sunday evening and it was hip hop, Britpop was popular - anything good. And it was always good music at McChuills.

The staff were always incredibly cool, looking like they either were in bands or they should be. Many were, including members of The Fratellis and Medicine Men. There was also a gorgeous barmaid called Lynsey that I think every guy in Glasgow fancied. And I got to know a nice guy called Derek who worked there for years before moving on. A super cool but super friendly bunch of people and that was the vibe McChuills pulled off effortlessly. 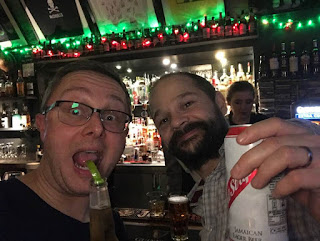 Talking of staff, those in the know will remember the legendary Ted. A night at McChuills was even better if Ted was in and he was in most nights!

One of my favourite nights was when Primal Scream played the Barrowland on December 30th 2011. A crowd of us met up in McChuills beforehand, going on to the show and then back to the bar. One of the crowd, Scott, proposed to his girlfriend Jo during Higher Than The Sun, the post show party and celebration at McChuills was incredible!

Post kids I'd always look for a wee excuse to get friends together at McChuills. The nights were not quite as wild, but the beer would flow. I organised pre Barrowland meet ups for Teenage Fanclub a couple of times and one time for The Charlatans where Tim Burgess even made up a mix CD to be played in the bar. With the Teenage Fanclub Fanclub

What I loved about those meet ups was that friends would be there, but also people I had met through band forums/chat rooms would come, many visiting from far afield to see a show at the famous Barrowland and I was always pleased when people would compliment me on my choice of bar.

If you're a music fan, I guess with similar taste to me, you can't fail to be impressed by McChuills. The bar is just nicely in its own little bubble. Not in the Merchant City, but close, on a main road, but still somehow off the beaten track.

It is en route to Celtic Park though. I wouldn't describe it as a Celtic pub, but it is a favourite of Celtic fans and I know Nicky is a season ticket holder. I remember finishing work early one day Celtic were playing Barcelona and going down to McChuills as I knew it would get rammed before the game. The atmosphere was incredible and I stayed to watch the game in the bar while most people went to the game.

So yeah, McChuills holds a very special place in my heart and it is a very special bar and venue. It's more than that and I think that is perfectly captured in the crowdfunder that was launched last night to hopefully secure the future of this incredible bar.

I'll be donating and I am positive that music and football fans from Glasgow and beyond will dig deep.

I know where I want a night out when all this is over.

Please check the crowdfunder and donate if you can. I know times are tough, but we need places to return to, so we can celebrate, meet our friends, hear good music and be in good company. 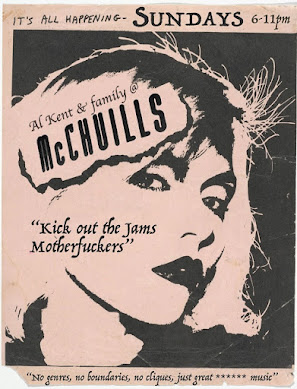