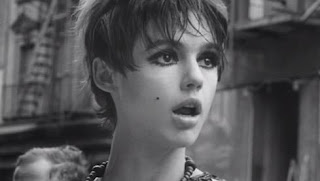 33-years after its original release in as the b-side to Crystal Crescent, Primal Scream's Velocity Girl is as pure and as perfect as ever. In the same year it was released the song would open the NME's seminal C86 cassette compilation, going on to inspire bands to pick up guitars and let them jangle and chime. 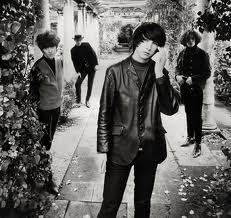 Somewhere in Manchester, a young John Squire picked up a copy and it is notable how the Stone Roses sound changed from the punk debut So Young b/w Tell Me in 1985 and the songs collected on the Garage Flower compilation to 1987's Sally Cinnamon.

It is easy to hear why the song inspires. Velocity Girl is 82-seconds of a sugar pop rush, a guitar is strummed and a beat kicks in with Bobby Gillespe singing about a girl he is seemingly infatuated by but also aware of how much she could hurt him.

The vocals are over in under a minute following a plea of leave me alone, allowing time for the chiming guitars to take centre stage to drive the song to conclusion.

Velocity Girl is short, but it packs a perfect knockout punch.


Here she comes again, with vodka in her veins
Been playing with a spike, she couldn't get it right

Spelndour in silver dress, velocity possessed
The world was hers against fell apart again

I don't need anyone to hurt me, no not anyone at all
Cause my so called friends have left me
And I don't care at all

Remastered ahead of its inclusion on Primal Scream's forthcoming singles compilation Maximum Rock N Roll, the single is out now digitally before a limited 7-inch is released on 24th May, it's first repress since 1986.

The video featuring a modern Bobby Gillespe spliced with footage of Edie Sedgwick (Andy Warhol) from the film Ciao! Manhattan.

I had an Edie Sedgwick type character in mind when I wrote Velocity Girl. I read Jean Stein's biography about her and I wanted to meet a girl like that. Hanging out with Warhol, The Velvet Underground, Bob Dylan and shooting speed while looking absolutely fabulous. Super hip and beautiful. She was the muse. I love her.