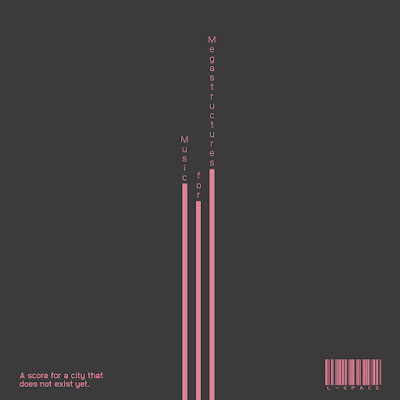 A score for a city that does no exist yet is how L-Space describe Music for Megastructures, their second album, released only 7-months after their beautiful debut Kipple Arcadia.

Music for Megastructures has the ambition and inventiveness that was displayed throughout the debut, but it feels even more widescreen, the fact that it is instrumental allows the band more scope to play. This is electronic psychedelia with no boundaries and L-Space allow their imagination to run wild. 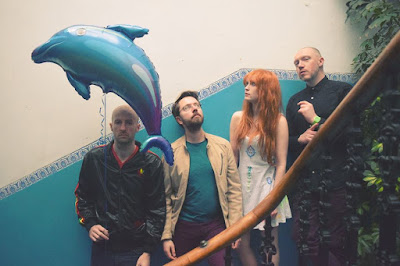 The 20-track album has 4 themes; travel, work, health and life and is full of clever, humorous and beautiful song titles like Lots Of Colourful Lights At All Times Of Day And Night, A Sleepy Robot Watches Over A Barely Used Car Park, Browsing The Latest Pharmaceuticals At The Hospital Drive-Thru and Gambling In Virtual Reality With Real Life Consequences.

I love to see a band push on after their debut and L-Space have wasted no time at all in doing just that and they have already posted online that they are hard at work on album number 3.

Lily Higham, Gordon Johnstone, Dickson Telfer and Stephen Farrell are an intriguing band of outsiders who are (relatively) quietly and quickly building up a stunning catalogue of songs.

They have some shows coming up and expect more to be announced.

As this is hot on the heels of their debut, Music for Megastructures is a digital release. You'll find it on all the usual streaming and download sites. Check it out along with the rest of their current catalogue via their own Bandcamp page below.