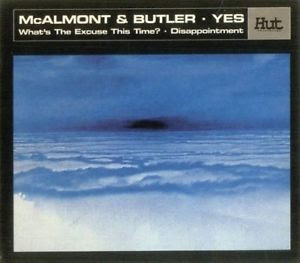 Last week I was driving to work and McAlmont and Butler's Yes suddenly came blaring out of my stereo. What a slice of pure euphoric pop! Released in May 1995, this was Bernard Butler's first musical offering to the world since his departure from Suede in 1994 during the tense recordings of their second album, the dark Dog Man Star.

It is safe to say that Suede made a huge impression on the UK indie scene, so much so that they blew over into the mainstream. Their first 4 singles (previously blogged about here) were exceptional slices of guitar pop, full of hooks and riffs, but also full of intrigue and intelligence. Singer Brett Anderson and guitarist and co-singwriter Bernard Butler looked and sounded incredible and were quickly christened as the 90's Morrissey and Marr, making front covers, Top of the Pops, the Brits and gaining the stamp of approval from David Bowie.

Butler was a whirlwind on guitar, pacing around stages and studios looking like he was having the time of his life by wringing, shaking and hammering on his guitar for all he was worth. Anderson shaked, shimmied and looked like a classic front man from the off. What a duo, brilliantly backed by a super tight rhythm section of Matt Osman and Simon Gilbert. Girls ... and boys swooned.

They had a frantic 3-years of activity following the release of debut single The Drowners, it is little wonder there was tension in the band from all the writing, recording, touring and promo. 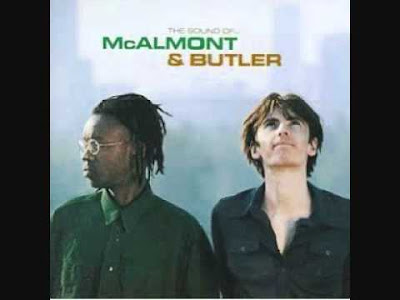 Butler left and went quiet. I think there were rumours of him joining various bands at times, but he surfaced with Yes and a partnership with singer David McAlmont. The two met in the Jazz Cafe in Camden and Butler was soon playing his new friend his first positive piece of music since leaving Suede.

And oh how positive it is, McAlmont wrote a verse but couldn't come up with a second, so Butler just told him to repeat the first with the duo hoping to commit something that could be held up as a classic single like those they loved from the 60's.


The official video, the full version has another minute on the end

The lyrics could easily be McAlmont's interpretation of whatever Butler told him about leaving Suede. The title, the simple Yes, is pure positivity, Butler has recovered from the dark post Suede months, he does look better and he does feel alright.

David McAlmont's vocal is exceptional and after a quick 1st verse that sounds like McAlmont relaying a conversation they are into the sky scraping chorus. The about me, about me, about me line that McAlmont yelps out is the perfect bridge into the chorus. Then they do it again for good measure, only they take it even higher and it sounds even better. 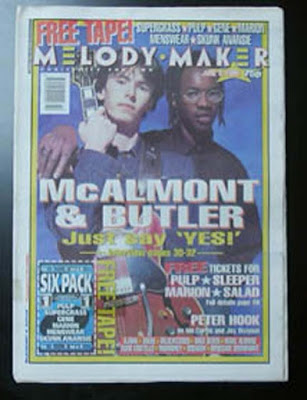 They hit the second chorus at 2-minutes and then repeat it again before leading to a stunning build up to a full on 2-minute climax. They take it higher, Butler's guitar is relentless, the strings are thrilling and McAlmont takes his vocals up a gear or three, the drums crash and pound and it all combines to sound fresh and vital, even 23-years down the line. It is timeless pop - epic, euphoric, sublime and soulful.

The song ends with it gradually breaking and slowing down into applause. I like to think that they simply couldn't keep the pace up or put anymore into it. They have played and sung their hearts out.

Enjoy the live version from Later with Jools below - look at Butler on guitar! And here is a link to the full, near 5-minute single version.


So you wanna know me now
How I've been
You Can't help someone recover
After what you did
So tell me am I looking better?
Have you forgot
Whatever it was that you couldn't stand
About me, about me, about me?