I'm heading to the Barrowlands in October to see Suede, a band reborn through the release of the album 'Bloodsports' earlier this year.

I've recently taken some time to listen back through their catalogue that contains some incredible highlights, however I'm still fondest of their early singles that I bought on 7-inch over 20-years ago. A truly remarkable collection of songs that easily stand the test of time.

Suede burst on to the music scene in 1992 with confidence and style; their outspoken and good looking front man Brett Anderson helped to earn them a Melody Maker cover in April 1992, a full month ahead of their debut single 'The Drowners'. 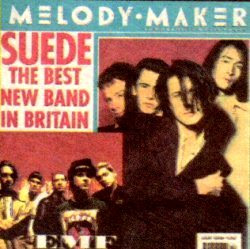 'The Drowners' stood out a mile when it was released, it still stands out now. The drums and guitars that open the song are almost glam like, Anderson's vocal delivery grabs your attention and gets to the chorus within a minute.

We'll kiss in his room to a popular tune


The above lyric grabbed attention, as did Anderson's quote that he was 'a bisexual man who had never had a homosexual experience'. Morrissey and Bowie both became early fans and champions of the band, with Morrissey even covering the b-side of 'The Drowners', a song called 'My Insatiable One'. 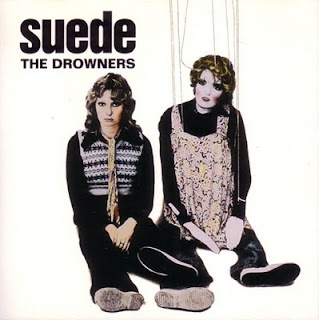 Suede seemed to be throwing down a marker, a gauntlet if you will. Classic English guitar pop taking in influences from the 60's onwards but creating a sound and look that was original and certainly miles away from either grunge or house music that was dominating the charts at the time, even Madchester/Baggie.

With a b-side good enough to be an a-side and distinctive artwork for the single, this was a band gunning for glory.

Anderson's right hand man was Bernard Butler, a young livewire of a guitarist who was generating just as much of a buzz as the frontman due to his ability and looks. The Morrissey/Marr comparisons were inescapable.

'The Drowners' did everything a debut single should do for a band aiming for the stars - it laid down a marker; the look, the sound, it was a statement of intent. It didn't matter that the single never broke the top 40, all the right people were hearing it and falling in love with it.

The follow up single was released in September 1992. 'Metal Mickey' just followed on from 'The Drowners', proving the band had more than one song up their sleeves. In many ways it follows the 'formula' of their debut; guitars and drums dominate the intro before Anderson comes in with his distinctive vocals - again getting to the chorus in well under a minute. Butler's guitar is very Marr-like with it's circling riff and he gets to let rip on a solo that recalls The Kinks due to ferocity with which he delivers it.

Ed Buller was at the helm of the production duties for all 4 of the singles lifted from Suede's debut album and he just got things bang on, totally understanding the band, the songs, their ability and the sound they were capable of. The song reached number 17 on the charts, the only way was up. 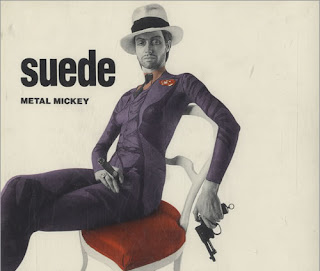 'Animal Nitrate' was Suede's third release, a month ahead of the album. By this stage Suede were riding high, darlings of the musical press and bridging the gap between indie and mainstream with ease.

If anyone had any doubts about how sexually charged Suede were (probably not many), then they were completely banished with this song.

Oh in your council home, he jumped on your bones
Now you're taking it time after time

Well he said he'd show you his bed
And the delights of his chemical smile
So in your broken home, he jumped on your bones
Now you're taking it time after time

This time the intro started with guitar before the drums came in, with Anderson not far behind.  The difference in performance from the band from the first video to this one is marked - the confidence is there for all to see (enhanced by cocaine according to Anderson). Anderson is pouting, displaying his midriff, slapping his bum (a favourite live trick of his at the time).

Yet again Anderson hits the chorus before the 1-minute mark, this time at a mere 45-seconds before ripping straight into the second verse, hitting the second chorus at just after 1 minute 20 seconds. This is pure guitar pop and Butler lets rip with a searing solo that builds and builds before the chorus comes in again.  The song got to number 7, getting the band into the top ten for the first time. 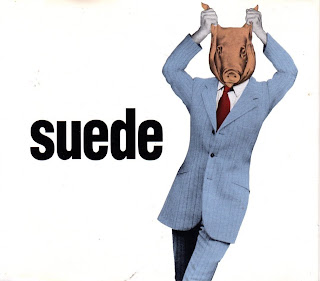 After 3 sensational guitar pop singles and the release of their debut album 'Suede', perhaps it was time for the band to display their talents in a different way.

'So Young', released in May 1993 was the fourth and final single released from the album (that got to number one).  It is another corker of a single and gained controversy at the time for the lyric 'let's chase the dragon'.

The song is still pop but in a different way from the first 3 singles that were rammed down your throat with hooks. This is a beautiful song, the highlight for me being the verse;

...from our home high in the city where the skyline
Stained the snow I feel for a servant who kept me on the boil

Butler's guitar cuts out and some beautiful piano comes in before building to the chorus.

We're so young and so gone, let's chase the dragon oh 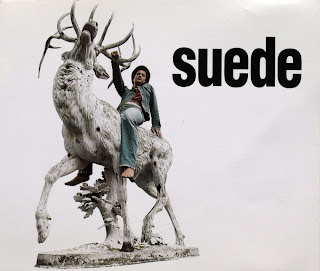 This is an impeccable collection of singles. The fact that they were the first four of the bands career makes them even more remarkable.

After burning so brightly, it was almost inevitable that the light would falter. Anderson seemed to want to take the band off in a new direction - determined not to be lumped in with the Britpop momentum that ironically Suede had helped to create.

A standalone single 'Stay Together' charted at number 3, but all was not well within the Suede camp with tensions running high between Anderson and Butler to the extent that they travelled separately to shows and Butler recorded his guitar parts in isolation.

Something had to give and Bernard Butler left to go on and produce some incredible songs with David McAlmont, notably the stupendous single 'Yes'.

Anderson locked himself away in a mansion with a load of drugs; coming back with 'Dog Man Star' an album completely out of sync with the media and Britain in 1994 that was being seduced by Blur and Oasis.

The album is now largely viewed as Anderson's masterpiece. I'll leave that for another blog.
Posted by everythingflows at 03:21