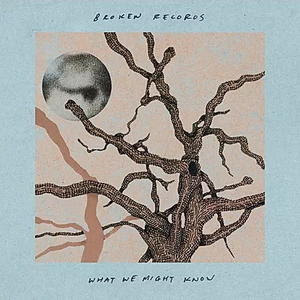 From the urgency of the opening chords of They Won't Ever Leave Us Alone through to the bubbling synths that usher in the closing title track What We Might Know, Broken Records deliver big time with the release of their 4th album. 11-songs of heartbreak, parenthood, hope, looking to the future and reflecting on the past, all wrapped in glorious soulful Springsteen heart on the sleeve style.

Broken Records have been on the go for 10-years and this is their 4th album, their first since 2014. Quite a lot has changed during that time and the band have adapted from MySpace to present day, with two releases on the legendary 4AD Records and tours across Europe and USA in between. And that is just the changes in what it means to be in a band - never mind their personal lives which (sounds like) has inspired many of the songs.

Of course what it really means to be in a band, one thing that should never change, is the opportunity to hang with friends, express yourself and to have fun. And that really comes across throughout this spellbinding album. It is refreshingly open, honest, soulful and pure. It sounds like an album Broken Records had to make, if only for themselves.

Back to the opener; They Won't Ever Leave Us Alone is whirlwind of a song, blowing a fresh breeze into your heart to make you sit up with a jolt. The band fly through the song in a euphoric heartfelt way that almost leaves you gasping for breath.


Summer warmth, fading light
As I drive you home at night
Focus on the smallest things
And write them into my heart

If the opening track sets the bar, Let The Right One In accepts the challenge and pushes it higher. The band are on blistering form throughout the album, brilliantly tight but loose and with singer Jamie Sutherland singing his heart out. Producer Stephen Watkins has captured a band in peak condition.

Melodies usher in Open Ground with Sutherland's rich voice offered more space as the pace of the album drops ever so slightly, yet the urgency remains.

Sutherland spits out his vocals during The Inbetween, a man in a hurry to talk about his dreams and memories, the song builds gloriously, the band gel superbly and with ease.


Don't let these dreams carry me away 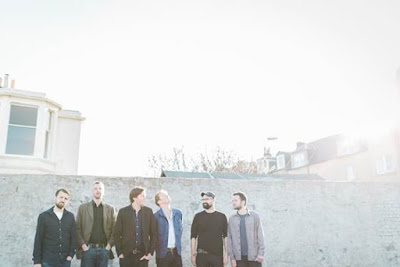 Anytime is an acoustic beauty, a fragile melodic riff takes us to some place different, Sutherland's voice displays a different kind of richness - one of warmth and concern. The chorus flows and then things drop to a bare minimum before rising again - beautiful.

I mentioned Springsteen earlier on and Broken Records have that whole widescreen soul thing going on throughout the album. The songs flow superbly and Perfect Hollow Love is outstanding. 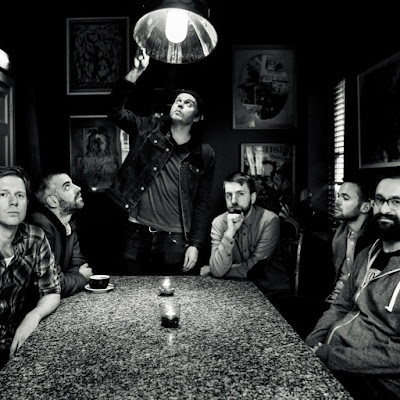 You can sense how massive When All Of This Is Done is likely to become from the slow brooding intro. Trust your senses. The song builds beautifully, yet where other songs go full throttle the band keep this under control in style and Sutherland's voice is brilliant.

So Free is a slow burning gem before the pace picks up again for Clarity. Broken Records have certainly offered crystal clear clarity on their ability, vision and ambition with this release. At the time of writing I notice that it has already deservedly been nominated for the SAY Award. I really hope it makes the initial longlist and then who knows?

The penultimate Someday You'll Remember Me has another stunning intro where guitar, bass, drums and synth strings combine before Sutherland comes in. There is a little bit of Joy Division-esque bass, a real groove that allows everyone else to work their magic over the top.

And so we end with the title track, the magnificent What We Might Know. Sutherland's rich voice soars over bubbling synths before other instruments lift the song further and a beautifully life affirming way.

Broken Records have been playing a number of live dates to promote the album and have 3 coming up in the next few weeks. You can stream and order their album from BANDCAMP