Normandy (On A Beach) by The Waterfront 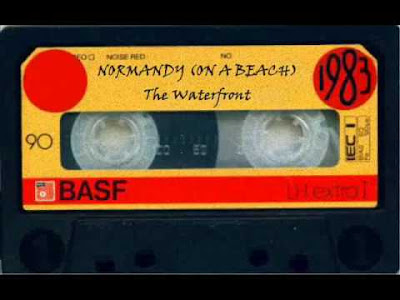 The Waterfront, the band John Squire and Gary 'Mani' Mountfield were in before the Stone Roses, are receiving a vinyl release for Record Store Day.

The band never played any shows, but did come together in 1983 to cut two indie guitar gems that are closer in sound to post Sally Cinnamon Roses, rather than the early tracks accumulated on the early Roses Garage Flower compilation album (not released until 1996) including debut single So Young b/w Tell Me.

Normandy (On A Beach) b/w Where The Wind Blows will receive a limited edition 12-inch Record Store Day release with all proceeds going to The Christie in Manchester, the largest cancer centre in Europe.

The demos, long talked about among Roses fans, have been remastered and I for one will be trying to track down the 12-inch on 21st April.

Ian Brown was asked to join the band as a second vocalist; "John and I had an idea of having Ian and Kaiser at the front trying to do a counterpoint with one another. That's what we were trying to push, this question-and-answer thing with these two lads at the front singing sweet pop music." Andy Couzens told the bands biographer, Simon Pence.

Normandy (On A Beach) is definitely sweet guitar pop music with echoes of Orange Juice. Mani's bass grooves from the off and there are chiming guitars over a shuffling beat with vocals that could easily be mistaken for Ian Brown - that Manchester choir boy from a council estate kind that captivated so many hearts.

Where The Wind Blows is a little rougher round the edges, moving to the more brazen punkier side of The Roses that features on Garage Flower, the album they recorded with legendary Martin Hannett on production duties. The lovely guitar riff and bass breakdown after the early bizarre (whistling solo) are pure Roses.

The group seemed to just naturally fold almost as quickly as it came together. Mani tried to form a group with Brown and Clint Boon from the Inspiral Carpets but it never materialised.

Quite how Mani fell out of the picture as Squire and Brown formed the Roses without him isn't clear from any articles or books I have read on The Roses, but they got there in the end.

For me it sounds like the Roses almost took a step back from The Waterfront tracks to move forwards. There is no doubting the power and urgency of So Young and Tell Me, but much of the other Garage Flower era tracks leave no impression on me at all. The early version of This Is The One is raw yet still shines, Adored just doesn't contain the subtlety of the final version. There is no doubt that when the Roses classic line-up finally formed and they were matched with producer John Leckie, that is when things finally clicked into place. It was only in 1987, after the Garage Flower recordings and  fresh batch of Brown/Squire originals had been written that Mani joined the band and in Brown's own words "When Mani joined it almost changed overnight. It became a totally different groove...straightaway, everything just fell into place."

This Record Store Day release is sure to be much sought after by fellow fans of the Stone Roses. 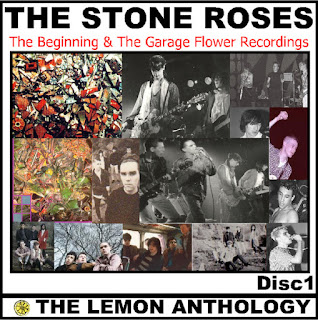