I Don't Wanna Grow Up

UPDATE - I usually research the history of a song before writing a blog about a cover version. However I was so confident that this song was a cover of The Ramones that I didn't bother! So thanks to Jamie Keenan from the La Fontaines for pointing out that it is in fact a Tom Waits song, released on his 1992 album Bone Machine.

Check the original version here, before my unresearched blog below. Lesson learned!


I'm not overly familiar with the back catalogue of The Ramones (who may feature in this regular feature again soon with their cover of The Ronettes) at all. Other than owning some of their 'hit' singles on various compilation albums, they are not a band who have inspired me to dig deep into their history.....or buy a t-shirt!

This is yet another song that I discovered through a cover version. I was browsing Scarlett Johansson ....(ahem!) on Spotify and loved the song title so clicked on play.

The almost homemade electro vibe captivated me immediately, and then Scarlett's treated vocals made me fall (further) under her spell. 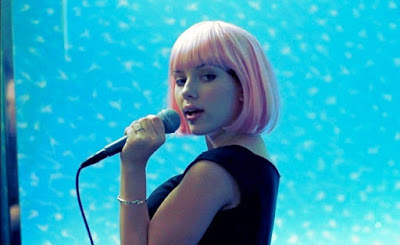 The lyrics are brilliantly young, naive and innocent, yet at the same time some of them speak out and capture things that everyone thinks about at times.

The song lists observations about the world and society, cutting through everything from watching the 5 o'clock news, to getting a loan, to hair falling out.

The Ramones version is predictably punk pop and it's great fun. But Scarlett's version would always get my vote as I think it capture that young frustration and is more believable than The Ramones.

She finds extra beauty in the song, in the lyrics and in the melody. And the sparse electro backing modernises the song brilliantly.