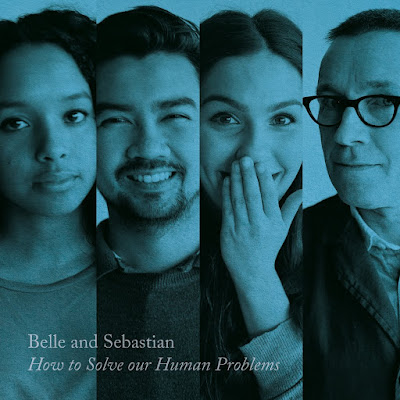 Last month Belle and Sebastian released the final EP in their trilogy entitled How to Solve our Human Problems. I had been eagerly awaiting its release, not only because Belle and Sebastian are one of my favourite bands, but because I had known for some time that it would contain a song my sister (Carla J Easton) had co-written with Stuart Murdoch! The song, titled Best Friend, also has Carla on lead vocals!

I was super excited when Carla told me stories about going to Stuart's flat to write and bounce ideas off each other and loved when Carla went into the studio and told of how the band were so impressed when she nailed the vocals. 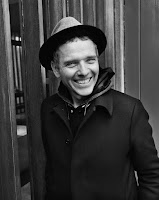 Belle and Sebastian have been (and are currently) touring extensively and have Scottish dates coming up at the Perth Concert Hall on 23rd March, I'm venturing through to see them at the Usher Hall in Edinburgh on 24th March and then they play the SWG3 Galvanizers Yard on 25th May.

Meanwhile Carla released her 'debut' (at least under own name) solo single, the brilliant Lights In The Dark, in January and has Lights In The Dark a cracking follow up coming soon. She plays Nice n Sleazy on 4th April and Sneaky Petes on 11th April with excellent support from West Princes.