The Charlatans at the Usher Hall 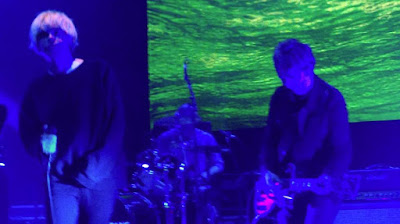 I have seen The Charlatans over 30 times since I first caught them live away back in 1994. They have been helping to provide the soundtrack to my life since 1991. I should no longer be surprised....but I am still amazed.

I'm amazed at the songs, albums and performances that the band continue to deliver all these years down the line. Tim Burgess was on fire last night, singing better than ever and seemingly getting younger rather than older.

15/20-years ago if Tim said on stage 'I hope you're feeling as good as I am' it would probably have been because he was high on E or coke. In 2015 he is high on life, love, music and family and when he said he was feeling good to the Usher Hall crowd last night you could tell that he meant it.

He then displayed it by bounding effortlessly around the stage, conducting his impeccable band and the crowd and by delivering an exceptional performance - as a singer and a frontman. Tim couldn't keep the smile from his face. 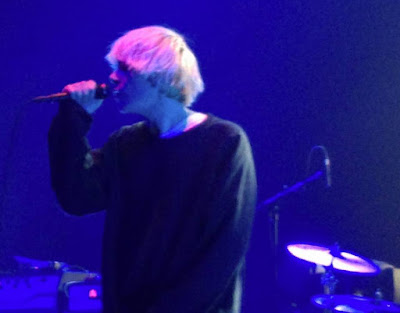 Burgess was on fire and so were his band and Tim recognised this towards the end, introducing them one by one to give them their moment in the spotlight; the stalwarts Mark Collins on electric guitar, Martin Blunt on bass and Tony Rogers on hammond and keys. They were joined by Pete Salisbury on drums and together they created groove after groove.

Highlights? Well check the setlist below, it was pretty much all one big highlight that flowed superbly, but here are my standouts.

Just When You're Thinkin' Things Over - the groove machine were in full flow, as was Burgess

Trouble Understanding - a surprise highlight for me, delivered with real class and it made me go back to listen to the studio version this morning. 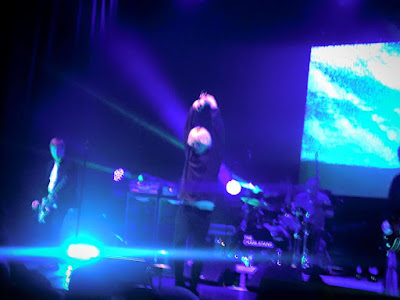 Let The Good Times Be Never Ending - up with the best songs of their lengthy career, they still have it in abundance, the way the band coaxed and teased towards the climatic chorus was orgasmic and the crowd responded accordingly. The grins onstage said it all.

One To Another - powerful and soulful, euphoric

In The Tall Grass - playful and melodic, Tony Rogers was brilliant

The Only One I Know - the ultimate indie disco anthem

everyone has been burned before
everybody knows the pain

Come Home Baby - Tim introduced the band and then said 'We're The Charlatans and we're from Scotland' before launching into the song of the year, with a reach for the sky chorus that gets me every time - euphoric

Sproston Green - the intro was incredible, the delivery sublime, ending the show in style

The Charlatans have had a brilliant 2015, releasing an album that has made it on to many end of year best of lists that contains several gems and career highlights, touring the world and playing to tens of thousands of adoring fans.

I look forward to seeing what they do next. 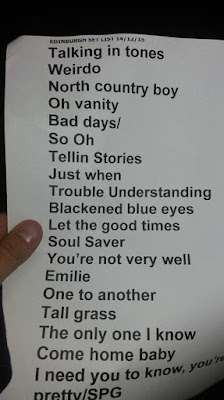