The Polyphonic Spree at SWG3 Glasgow 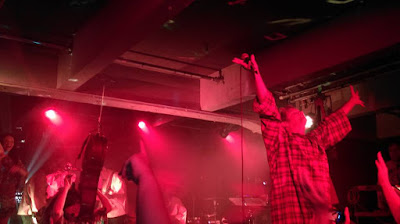 OK - where on earth do I start?

Is there any way I can even begin to convey the love and enjoyment that The Polyphonic Spree created through their performance in Glasgow last night? It was joyful, soulful, pure and true - like a dream.

My blog on The Beginning Stages Of gave you an indication of the warmth and wonder that The Polyphonic Spree are capable of creating on record (although hopefully you were already aware!). Watching them live for the first time in 12-years or so at the SWG3 last night - you could multiply that x 100.

Singer Tim DeLaughter had tears in his eyes and was left speechless by the response from the crowd, I had to wipe away some from mine and my sister burst out crying during and after the show. It was a life affirming, heart warming, heartfelt and euphoric performance.

13 members of the Spree took to the stage; 2 on horns, 2 guitarists, bass, drums, keys, percussion, 4 girls in the choir, 1 on cello....they started the gorgeous opening of Have A Day and then Tim DeLaughter strolled on to the stage to be greeted by a true Glasgow welcome. He began to sing but the crowd took over and Tim just gazed at his band in amazement and had tears in his eyes. 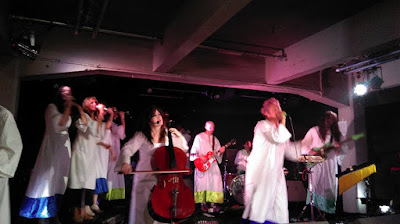 Tim led his band through their debut The Beginning Stages Of. You didn't have to be a mind reader to tell what this was meaning to him. Write and play good songs, give us a performance and the Glasgow crowd will respond like no other.

Hands were in the air from the off as my sister and I danced down the front, jumped up and down like loonies and sang our hearts out a-long with Tim, the choir, the band and the rest of the crowd.

If only you could bottle the magic and love that was created at SWG3 last night!

It's The Sun was utterly euphoric, Days Like These was gorgeous with Tim conducting his band, La La was brilliant fun, Middle Of The Day like a strange psychedelic lullaby, before the incredible run of Hanging Around , Soldier Girl both ecstatic and euphoric, Light and Day was simply beautiful - that gorgeous extended bubbling intro, before A Long Day brought us back down to earth.

The band looked resplendent in their robes, Tim was singing his heart out - this is what it is all about. It can't be easy or cheap to tour as the Polyphonic Spree. I hope that the response from Glasgow left Tim and his band in no doubt about how much love there is for them.

A quick break and a change of robes - with Tim coming back on in his tartan robe that someone had made him for T in the Park in 2003 - and the party continued with a short best of set.

New song Popular By Design was superb, psychedelic lights added to the electro disco feel, but it is still definitely the Spree with a huge soaring chorus. I had also forgotten how uplifting and euphoric Hold Me Now is. 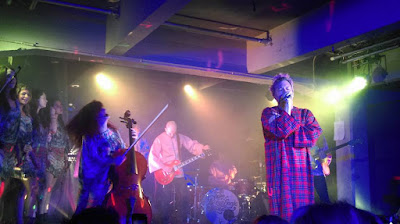 A stunning cover of The Monkees Porpoise Song was like going into some kind of 60's happening. The lights, costumes, smiles and music - it was sensational.

Tim took someone's phone and held it up to his face so the crowd could see it through the phone, he shook hands, bounded around the stage and then towards the end there was a great moment where the band just stopped as if they had frozen and he wandered around mucking about with their instruments and creating all kinds of sounds.

My sister and I met Tim afterwards. He was literally speechless. We both thanked him profusely for his music and vision. I sincerely hope the band can return to the UK in the next few years. 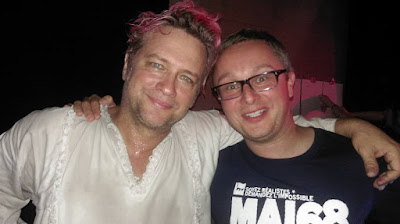 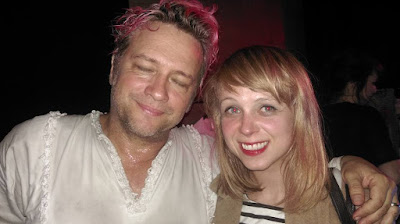 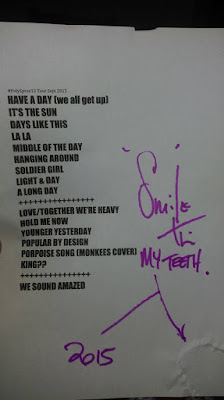