On tonight's performance and the evidence gathered from the last 2-3 years of playing live, their reviews and releases it is not only a wonder that Vigo Thieves have not been signed to a major label record company but an absolute travesty,

The record industry has changed, but there is still the need and the market for songs, for anthems, for choruses that will lift the roof off a venue and lift the heart and soul of a music fan. Vigo Thieves did that and then some tonight.

Forever was spine tingling, new song The One was exceptional, Heartbeats was glorious and This Love was a love-in. The crowd sang along with keyboard and guitar riffs as well as the sky scraping choruses. 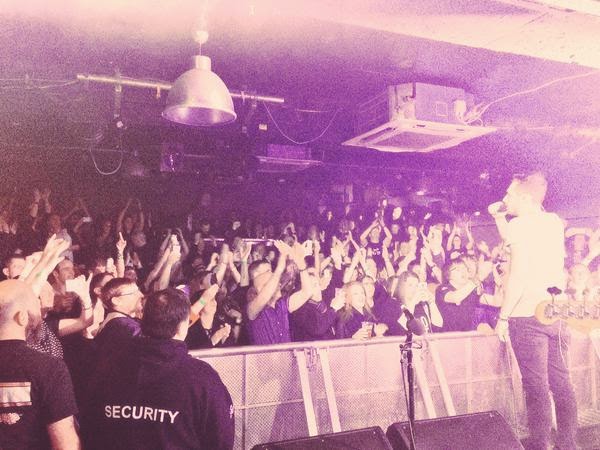 With songs like Believe, Steal Your Heart, Forvere, new song The One, Ghosts, This Love, Gold, Razor Blade and Heartbeats, Vigo Thieves have anthems coming out of their ears. Stevie Jukes has an ear for a melody that the milkman could whistle and a chorus that could be sung in stadiums.

Make no mistake, Vigo Thieves smashed King Tut's tonight with a performance full of passion and confidence. The crowd were up for it, the intro song was The Killers All These Things That I Have Done and it generated a response that I have not seen since a DJ played the Oasis version of I Am The Walrus at the Barrowland before The Charlatans played circa 1994. Tut's was bouncing and the band had yet to take the stage. Anticipation was at 110%!

Taking to the stage in dry ice, Vigo Thieves opened with the anthem Believe and King Tut's went crazy. Stevie Jukes delivered an exceptional performance as a front man and had the crowd in the palm of his hand from the off - urging them on throughout the night. 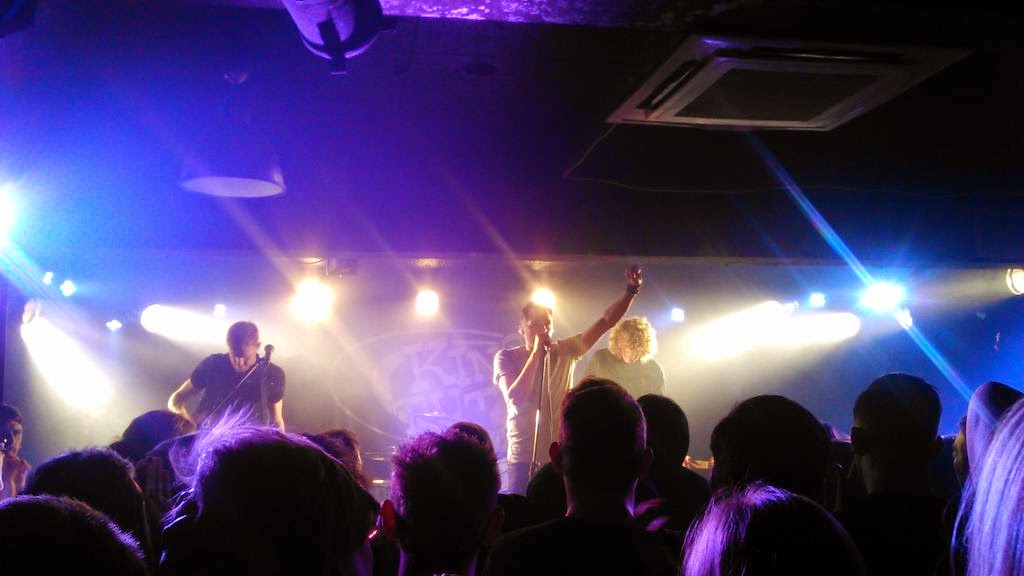 I've been following Vigo Thieves for a good few years and this was the best I have seen them. The band were visibly vibing off the audience and the terrace style chants of 'Viiiiiiiigo' were just giving them more and more confidence.

Quite why record companies have not picked up on anthems like Believe and Forever is a mystery that makes a huge statement about the music industry today, one that is disheartening to music fans.

Vigo Thieves put in an incredible performance that justified my belief that they are by far the best band in Scotland and the one most capable of making the next step up. They have the songs, the anthems and the ability.


Let's live forever, together we will stay young

This is a band that the people believe in, talk in the bar downstairs was akin to the faith that people put into the Stone Roses. Times are tough and people need a band to believe in, a front man that can lift their spirits. In Vigo Thieves and Stevie Jukes that band is there with an arsenal of songs just waiting to get that lift to the next level. 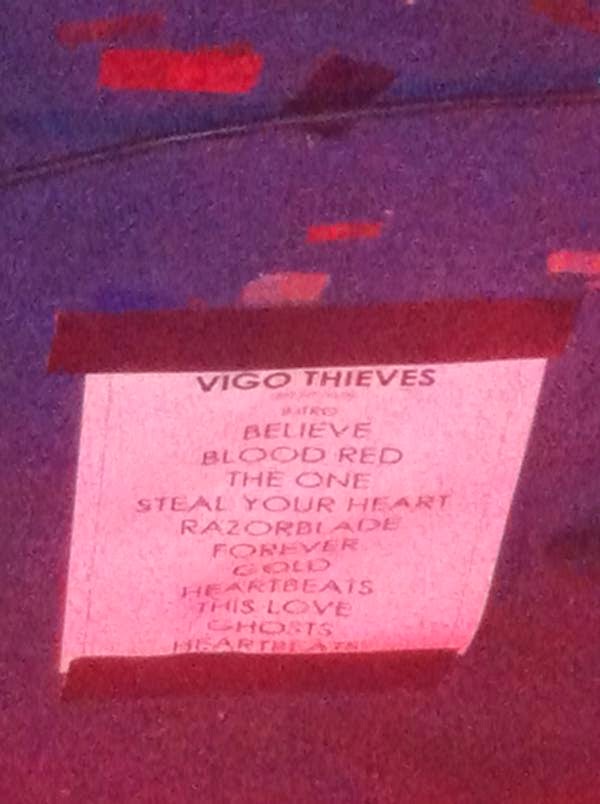