Everything Ever Written by Idlewild

Idlewild have just released Everything Ever Written, their 7th studio album and first in 5-years. It is a welcome return by one of Scotland's best loved and most respected bands.

Idlewild earned that love and respect through sheer hard work, displaying a fierce independence, poetic lyrics and edgy guitars, often with a punk spirit but maturing superbly with age.

The album was funded through Pledge Music - an idea that must appeal to Idlewild's DIY punk roots, cutting out labels and allowing band and fans to interact and strengthen relationships. Much of the album was written in a cabin on the Isle of Mull and the songs retain a loose rustic feel when captured on tape. 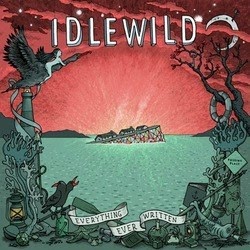 Radio distortion gradually builds into Collect Yourself, but Idlewild don't just ease themselves back into the swim of things - they come crashing in with an in your face guitar riff and sounds like they are enjoying themselves.

Woombles delivery is Stipe like at times, particularly on Come On Ghost, which leaps straight into the 'one of the best things they've ever done' category - the closing instrumental is a welcome surprise, taking the song that one step further.

So Many Things To Decide leaps ahead and may well be the best thing they have recorded - it is absolutely stunning in terms of writing and performance, captured exquisitely and produced with care.


Do you ever get the feeling I made important decisions far too late in life?

The band are clearly flying and Nothing I Can Do About It is another gem. Woomble is letting lyrics flow, Jones guitar is piercing and uplifting, the Motown-esque pounding drums and female backing singer towards the end lift the song to a glorious climax.


You can make sure the book shelves are alphabetical, poetical, non-political....

There's nothing I can do about it
Even if I could, I would only walk away

Every Little Means Trust is steeped in R.E.M influences. (Use It) if You Can Use It is soulful and playful - the band are tight, allowing Woomble to do what he does best and Jones to play delicate chiming riffs over the top before soaring around 2-minutes in and Roddy picks up the pace too as the song flows gloriously before a brilliant wig out jam. 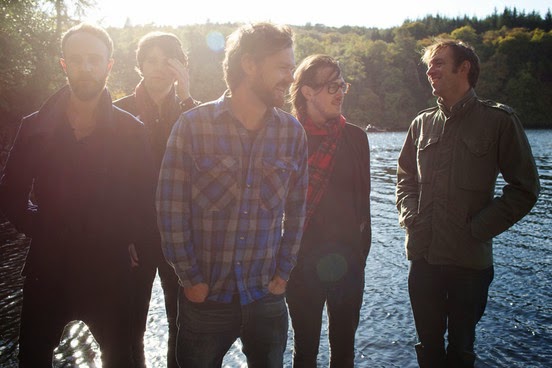 Idlewld let rip with On Another Planet which has a real urgency to the lyrical delivery and raw electric guitar. Fast, furious and fun.

The guitar is stripped back for All Things Different which has a real loose jazzy feel to it, complete with trumpet. This is a band completely at ease and full of confidence. No wonder - this is a stunning collection of songs, a real work of art, a statement.


A bit beyond wear and tear but content like a shipwreck, sleeping in rust, lying on the ocean floor
and the waves are turning away, turning away from the shore

Radium Girl is perhaps the poppiest song on the album, not that any of the others are inaccessible! Left Like Roses is melodic and all kinds of gorgeous that the band recognise and run with. The production throughout is beautiful.

How do you end an album like this? The answer is with a song entitled Utopia. The sense of space, time, ease and confidence that is felt throughout the album is captured perfectly - Everything Ever Written is an exceptional album, ending with a real beauty, jazzy psychedelic instrumentation and Woomble singing his thoughts, almost stream of conscious style at times. Gorgeous.

Labels: album, All Things Different, Collect Yourself, Everything Ever Written, Idlewild, Nothing I Can Do About It, review, Rod Jones, Roddy Woomble, So Many Things To Decide, Utopia

For getting the best quality new roofs in central Scotland,gshomecare is the best available to look after all your needs to get discount on new roofs Glasgow.