The bands lovely friendly and informative e-newsletter was sent through the week and fans were told that TeenCanteen will be focusing on recording an album through 2015, breaking cover for the odd sporadic gig and this was the only one currently in the diary.

TeenCanteen had a productive 2014 that saw them play festivals, earn some great support slots, play 6music and BBC Scotland sessions and gather excellent reviews and a word of mouth fanbase through the release of their second single and aforementioned gigs. 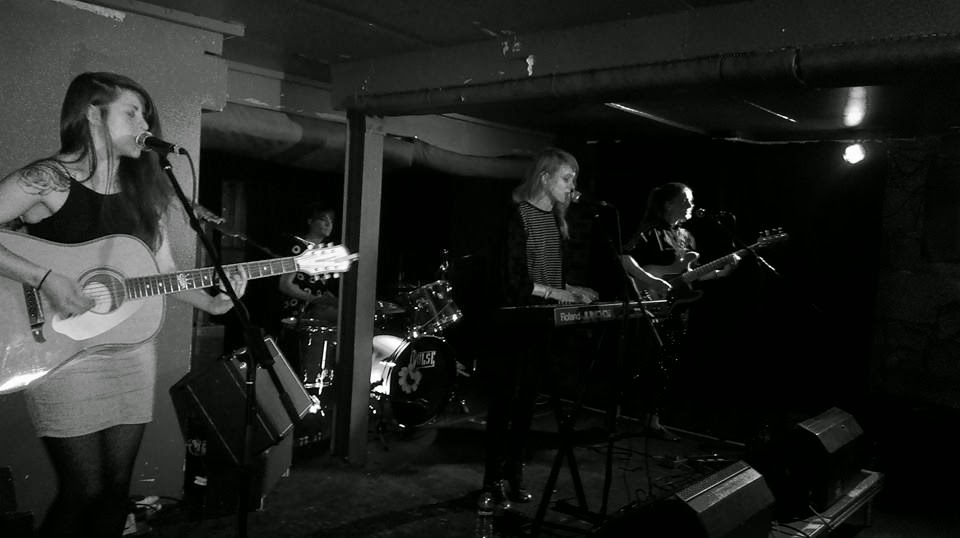 The basement of Broadcast was certainly quieter than the last time TeenCanteen played and packed it out, but the band immediately out everyone at ease and made everyone step forward when they introduced themselves and went into Friends - a song that has been a set closer in the past.

A pulsating synth bass builds into a beautiful noise and Carla stood on her toes to deliver everything she could vocally, backed up on 3-part harmonies at times by Amanda and Sita with Debbie playing a blinder on the drums.

It is a genuinely brilliant song, packed with emotion and beautifully arranged. I look forward to hearing this one recorded for the album.

The 2 singles to date; Honey and You're Still Mine were played in the first half of the set, Honey had a delicious new rawness to it and the closing instrumental of You're Still Mine was gloriously New Order-esque with a Belle and Sebastian tinge.

Roses (Coming Up) had a real Motown punk feel to it and the band blitzed through it with style and pace. This was swiftly followed by new song Sirens (these are the first 2 songs that TeenCanteen have recorded for the album).

Sirens is incredible - it really blew me away; building, swooping and just sounding like the band have found their direction.

The girls closed with the gorgeous Vagabond. For proof of how gorgeous a song this is then check the video below.