15 things to look forward to in Scottish Music in 2015

There is always loads to look forward to in the Scottish music scene - new material and shows from established Scottish acts, new acts breaking through and all kinds of bands and artists dropping by to play shows and festivals....oh and what is pretty much officially 'the best audience in the world.'

1. Teenage Fanclub - new album and extensive touring
As this blog is named after their debut single I'll start with news that the new Teenage Fanclub album will be dropping in time for summer with Norman Blake adding that they are planning 'extensive touring'. Their summer show in 2014 at the Kelvingrove Bandstand was utterly magical and I hope they grace some outdoor stages in 2015. A Barrowland show would be nice too! 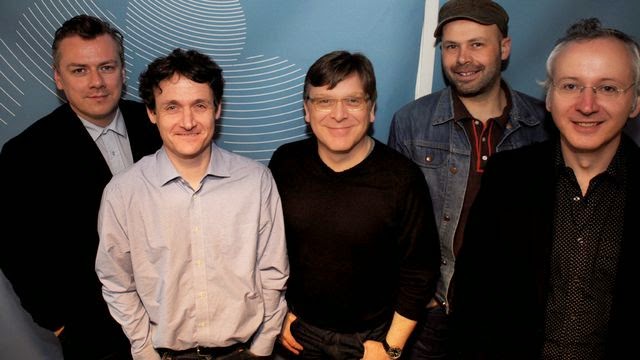 2. Belle and Sebastian - new album and the Hydro
Belle and Sebastian's new album Girls In Peacetime Want To Dance (their ninth) is due out later this month (look out for a review on a future blog) and they have a huge show planned for the Hydro in May - complete with the Scottish Festival Orchestra. 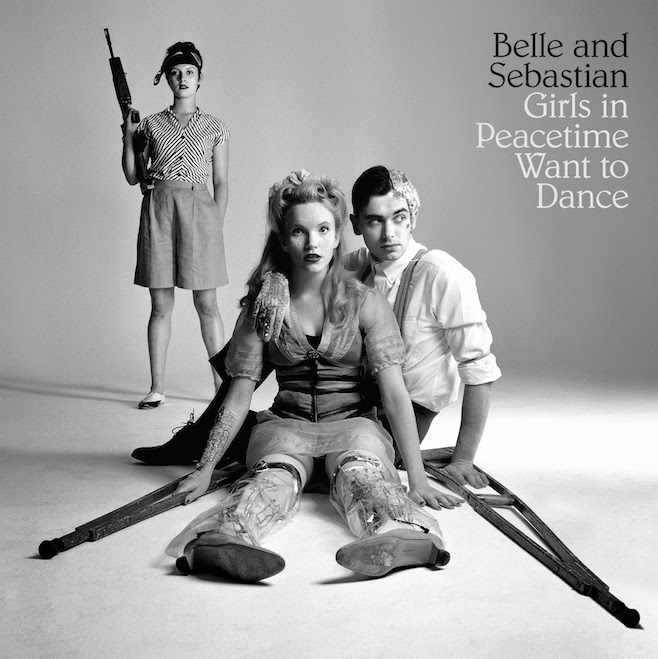 3. White at the Poetry Club
I heard about White via the series of guest end of year review blogs I ran at the end of 2014. Gordon from Vigo Thieves turned me on to their song Living Fiction. The funky disco like guitars and Talking Heads style vocals got me interested immediately.

I then heard through the grapevine that labels have been flying up to watch them rehearse in Glasgow.  Expect their gigs at the Poetry Club to feature a few scouts up to check them out. They could be the hottest shows in town since Chvrches played their debut show at the Art School.

Sadly, the shows sold out instantly. Give me a shout if you hear of a ticket going!

4. King Tut's Wah Wah Hut turns 25
King Tut's has already announced a series of shows to celebrate them turning 25 - The Cribs and The Courteneers both play in February and are the biggest to date. Look out for some more shows through the year once other acts finalise their touring schedules.

Any spare dates around Noel Gallagher playing the Hydro?.... 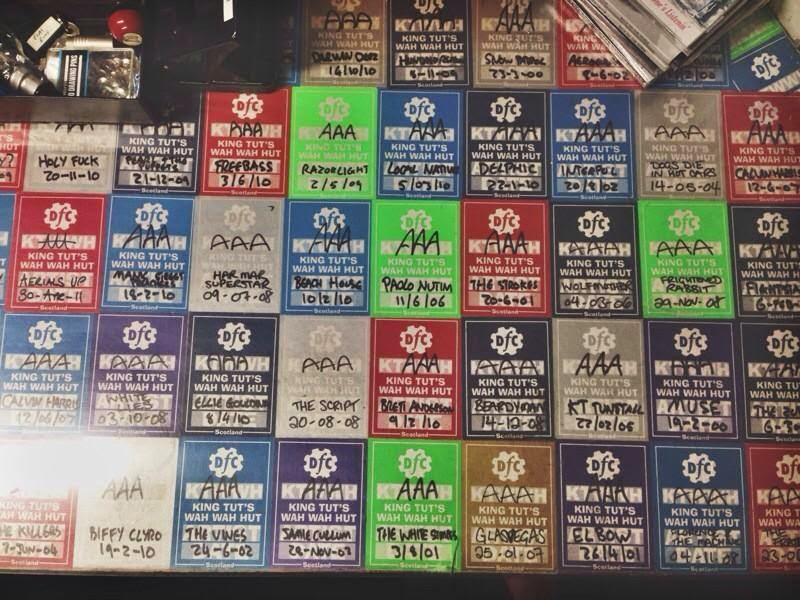 5. T in the Park moves to a new site
The move has been well publicised and I expect loads of details to be announced next month - but T in the Park is moving from Balado to Strathallan Castle, also in Perthshire and a mere 1 hour away from both Glasgow and Edinburgh. I expect they will want to make a real statement, so I'm anticipating some big names when the line up is announced. 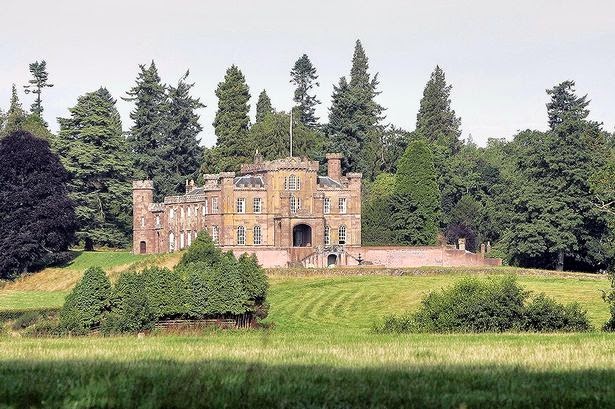 6. The SAY Award
The SAY Award has been a very welcome addition to the Scottish music scene, creating exposure, debate and reward. It would appear to be a very open playing field and a winner could come from heavyweights like Mogwai or from someone like Fatherson or Beerjacket. Young Fathers could well come back to the double after winning in 2014. Twin Atlantic and The Twilight Sad should certainly make the long list.

7. Kelvingrove Bandstand shows?
What a fantastic venue. If we get another glorious (well most of the time) summer then I really hope their are some shows booked in for the Bandstand. Nothing has been announced to date though. 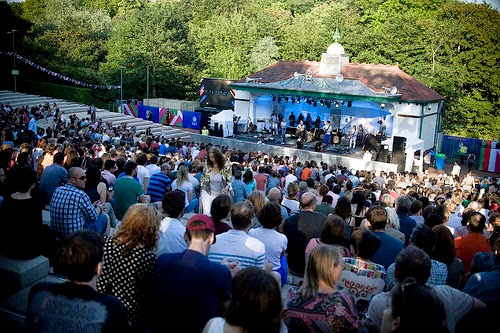 8. Huge stadium shows
The Foo Fighters and AC/DC are bringing their mighty riffs to Scotland this summer. I wouldn't bet against some more massive shows being arranged for stadiums or Bellahouston Park which has hosted shows by the likes of The Killers and Kings Of Leon over the last couple of summers. 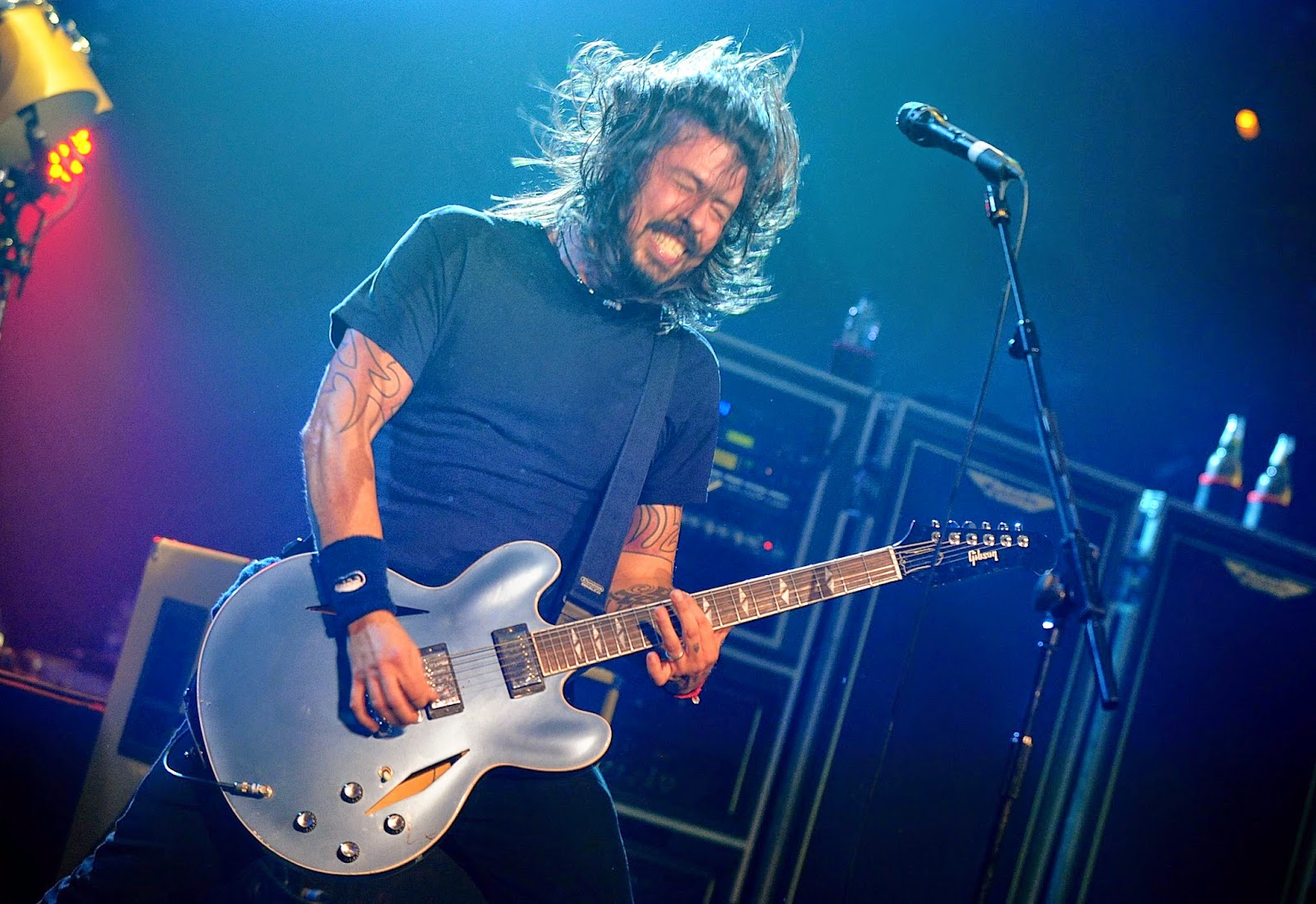 9. 15 unsigned/DIY bands to look out for
Vigo Thieves and Fatherson have been on the verge of breaking through for a while, gaining excellent reviews and exposure and headlining huge shows of their own at the ABC in Glasgow. Will a label come in and give them that leg boost to the next level?

Vigo Thieves certainly have the anthems that deserve a shot at the big time. Fatherson's devoted fan base is reminding a lot of people of the love Biffy Clyro inspired as they were going up and their album has given them a real platform to build upon. La Fontaines are not really my own personal cup of tea (although I think the drummer is funny and cool) but they have also headlined the ABC and are doing well, with a new single due in April. 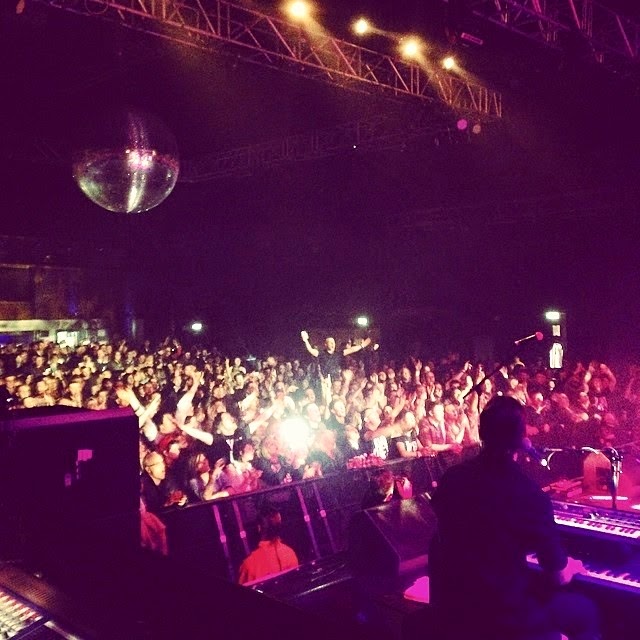 side stage view from Vigo Thieves at the ABC

Model Aeroplanes are a group of teenagers from Dundee who are going from strength to strength; getting seen in all the right places, playing festivals and earning great support slots. With a trip to SXSW sorted for March, who knows what will happen.

Other acts that seem to be getting good reviews just now include Jim Valentine, Neon Waltz (who have signed with the Oasis management team)and I am personally very fond of the electronic soundscapes of Atom Tree and the pure pop of TeenCanteen, both of whom will at the very least be releasing singles or EP's in 2015. 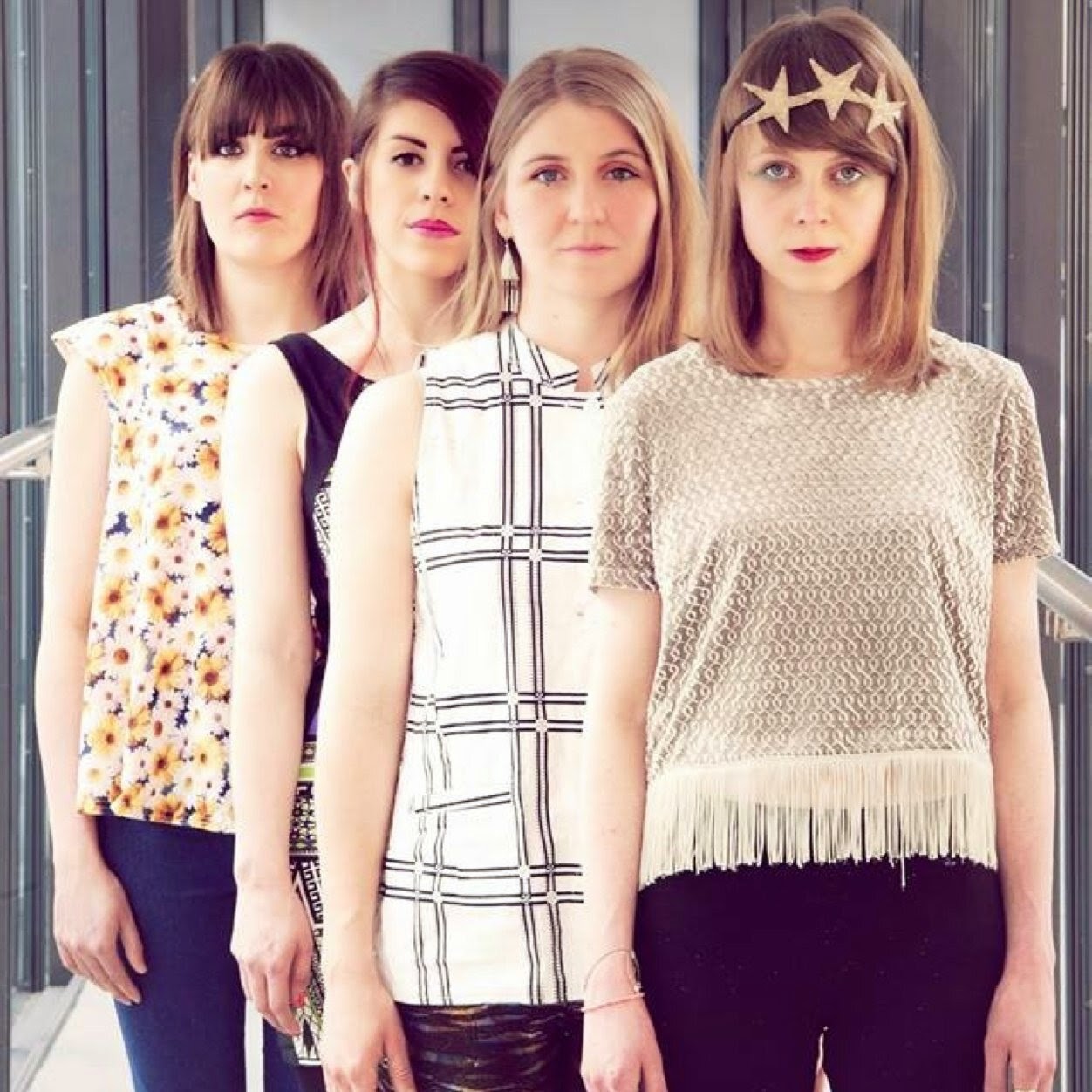 TeenCanteen - melodies, hooks and harmonies to die for

Kloe is a young 18-year old who released a single via Neon Gold in December - the same label/blog that propelled Chvrches to the ears of many. So look out for her moving forwards very quickly. She is working with Lewis from PRIDES and the lovely Chris from Fatherson.

Flash Talk released their incredible debut album Sparks To Fire on Christmas Day. I can't recommend it highly enough and will be blogging about it in the near future.

Monogram, to my knowledge, is one guy, creating epic guitar pop/rock from the Borders. His song Romance (below)has been picked up by radio and if he has more tunes like this up his sleeve then he should gather some label interest.


Velveteen Saints are a band I've been following for a while and they have picked up excellent supports from The Charlatans and The View. If they pick up some momentum through self releases or little labels like Dead Beet Records, then they could go places.

Crash Club are a band gathering momentum and if they release an album in 2015 then they could really move forwards. Beautifully produced with excellent live shows and guest vocalists, this is also music ready to soundtrack TV and commercials.

Machines In Heaven are on the DIY label Hot Gem alongside Atom Tree. A well received album, EP, live shows and festival appearances mean they head into 2015 in red hot form and full of confidence.

Lastly, United Fruit are a band building towards the release of their latest album. Radio play has been well received (including daytime Radio 1) and word on the street is that the album is full of their raw energy with a pop edge. The songs released to radio certainly point towards bands like Foo Fighters. 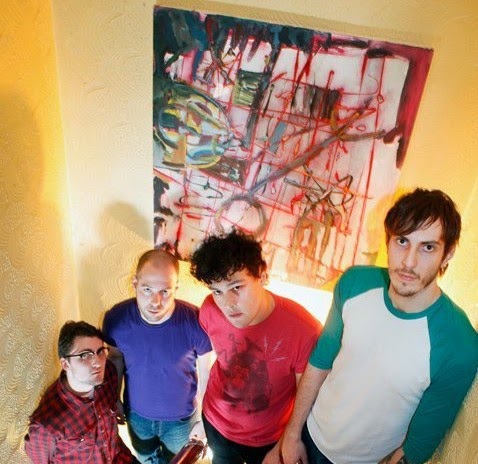 10. Prides
Signed to Island Records, (they originally signed as Midnight Lion and then underwent a radical transformation into a pop band) Prides had a productive 2014 and are surely now at the stage where they just need the right song to allow them to break through and then follow that up with an album. Regardless - they seem in it for the long haul and are in demand for production and co-writing. Look out for them on the new Aqualung album this year which they have a co-write on. 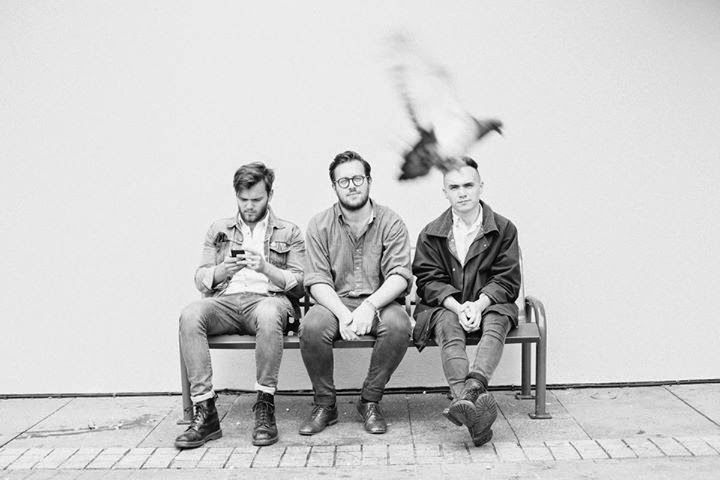 11. Legends
I love a show by a seasoned veteran with an extensive back catalogue to call upon. McCartney, Neil Young, The Who, Candi Staton, Martha Reeves, Dylan, Brian Wilson....I've seen loads over the years.

I already have tickets for Van Morrison and Gladys Knight this year. Both play the Royal Concert Hall this year - tickets are not cheap so I'm pretty thankful to my brother for treating me for my birthday and Christmas!

I was fortunate to catch Bobby Womack last January, only a few months before he sadly passed away. If there are any legends coming to town then act fast - you never know how long they will be around for. 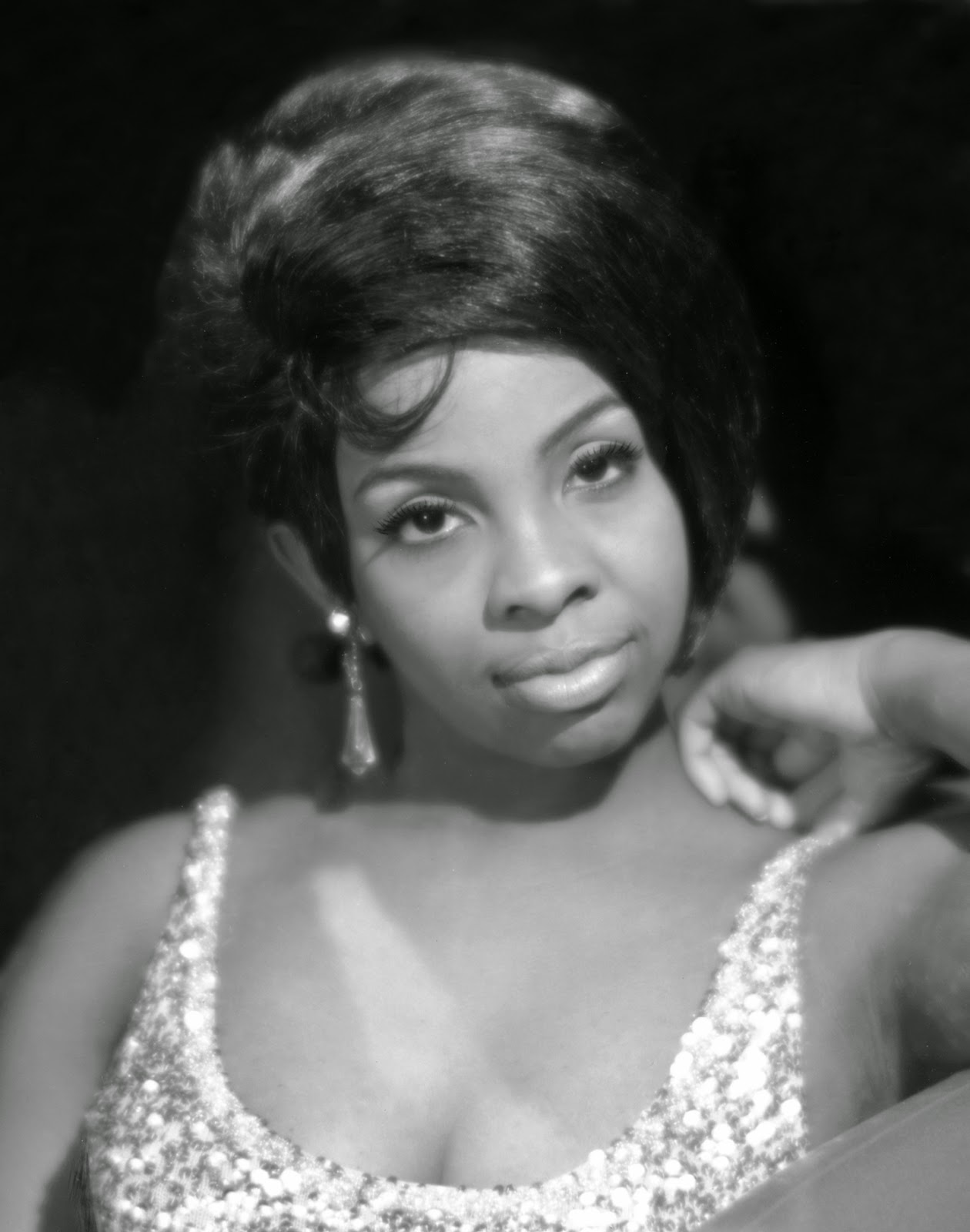 Gladys Knight - back in the day

12. Electric Fields
Electric Fields is a new festival on the Scottish music calendar. It features the best in up and coming bands, is set in the grounds of a castle and the ticket price is exceptional. Sold? If not, check this promo video from the festivals first year in 2014. 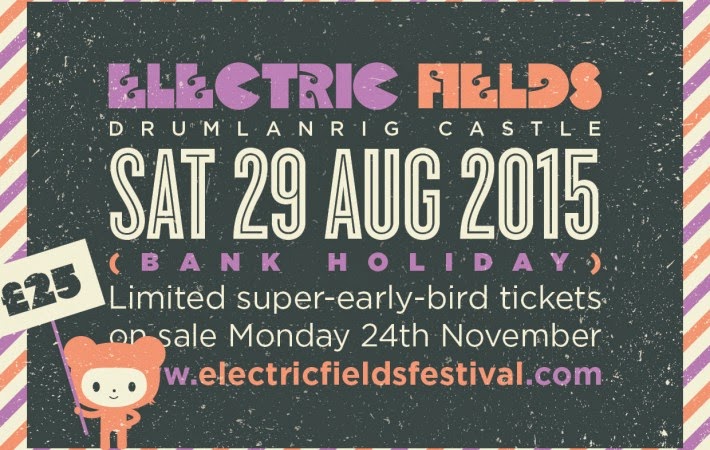 13. Chvrches second album
The hype surrounding Chvrches debut album was pretty insane. The band ignored it, confident with their music and craft and carried on as normal, touring around the world through 2013 and 2014, making new friends and fans along the way.

They have somehow found the time to get the bones of a second album in place and rumours are that it will be out in 2015. The debut was full of depth - bitter sweet lyrics entwined with pop melodies, synths and beats with real thought. I look forward to the follow up. 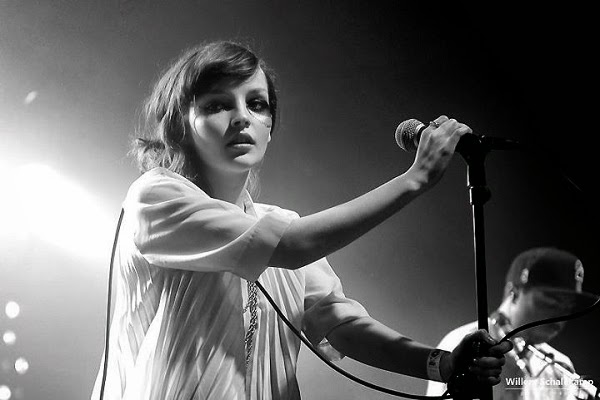 14. Dr Cosmos Tape Lab
Two friends mentioned this band and their self released debut Ever Evolving Lounge to me within a week. Two friends who have excellent taste in music. Word of mouth is a great way to discover music and their lysergic pop album was full of Beatles-y melodies and hooks with a bit of home made Beta Band thrown in for good measure at times.

Their second album Beyond The Silver Sea will be released on Sugarbush Records in March.

They are a breath of fresh air, they couldn't care less about what is cool and who they should be sending their music to. This duo simply want to create good music and get it out there - and they do that superbly. 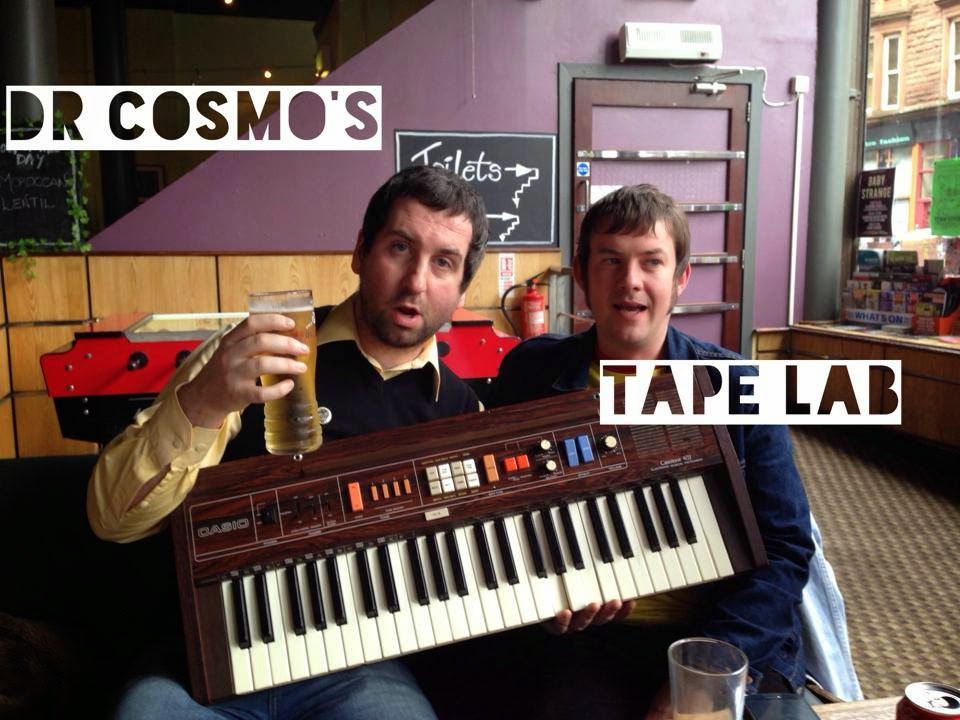 15. A surprise
There is a lot going on that I am aware of, but one of the things I look forward to most is being surprised - or at least I hope I am. Stumbling into a bar to discover a great local band/artist, getting to a gig early to find a brilliant young support band, tuning into Vic Galloway and hearing a stunning tune from an emerging Scottish act, walking into a tent at a festival and discovering a new favourite band or reading about something in a blog that I like the sound of. 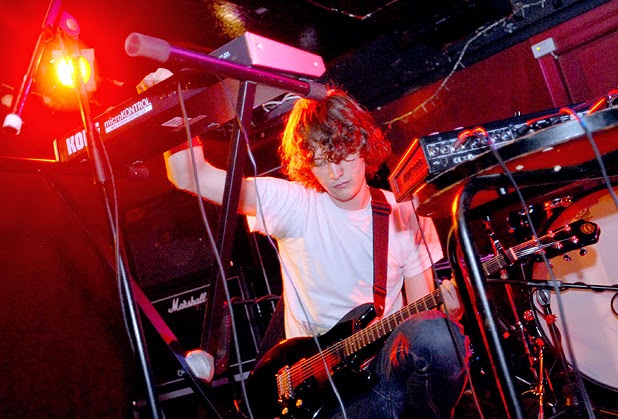 Miaoux Miaoux - who will hopefully be releasing new material in 2015