Alcohol and music pretty much go hand in hand, I’m sure that goes without saying for many of you reading this blog!

In recent years the drinks industry has recognised the significance of the live music audience and moved to ‘get in there’ (Scottish football fans expression) and ‘get about it’ (another one). This has been tried and tested on various different levels.
This week will see Sailor Jerry’s put on a night at Stereo with Pete and the Pirates, to tie in with Sailor Jerry Spiced, with the crowd invited to get ‘torn into’ (another good Scottish expression) a number of combinations including Sailor and Ginger and Sailor and Cola.
Amazingly, I have been getting some rather good hits/visits to my blogs since I started writing regularly and someone got in touch asking if I would go to this gig. As someone who was converted to the wonder of Sailor Jerry’s by Sonny Marvello, I immediately asked if there was any space on the bill for them, sadly there wasn’t but I fully intended to go along and sample the wares anyway.
Until I realised that this weekend is absolutely manic for me and I had completely forgotten that I’m going to see Roddy Hart and the Lonesome Fire at Oran Mor on Friday.
Anyway, it got me thinking about Drinks companies and their increasing forays into the live music market, in turn prompting this blog. So I’ll look at Sailor Jerry’s, but also Miller, Guinness and Carling who have all got involved in the music scene in Glasgow over the last few years.
Sailor Jerry’s
I first heard about Sailor Jerry’s at the wedding of Sonny Marvello’s singer Stephen to his lovely wife Hayley. I was fed up of beer and needed a spirit. Low and behold, Mick and Craig from the band produced Sailor Jerry’s and with simple mix of coke and ice I was back in the mood to party, suitably refreshed and recharged. They seem to be a drinks brand going quietly about their business and generating recommendations through word of mouth and some clever advertising. 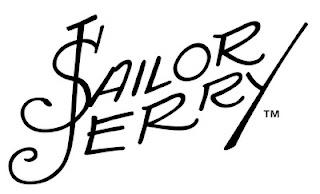 Sailor Jerry’s are no stranger to live gigs; in recent times they have put on gigs by rising bands The Joy Formidable and Mystery Jets. So they clearly have someone with their ear to the ground in terms of rising bands, indeed Pete and the Pirates latest single ‘Come To The Bar’ has been deemed ‘hottest record in the world’ by Zane Lowe. So they may just have their ear to Radio 1 rather than the ground! 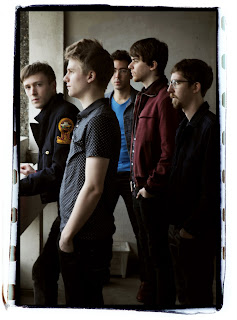 So Pete and the Pirates headline Stereo on Friday 27th May,tickets are a mere £5 with no booking fee and they are available from www.sailorjerry.co.uk You can also visit www.facebook.com/sailorjerry where you can win a signed guitar and there will be regular giveaways through the year.
“we can't wait to play Sailor Jerry Presents and we always have fun when in Glasgow so it's going to be a great show" - Pete and the Pirates


Norman “Sailor Jerry” Collins was the father of old-school American tattooing. Sailor Jerry preserves the legacy of Norman Collins and celebrates his old-school values of independence, hard work, and unyielding standards of craftsmanship.


So there is a good link between independent up and coming bands who like to get out on tour and .....are good. It will be interesting to see how Sailor Jerry’s relationship with music develops. They seem to be ‘targetting’ a certain market and my own opinion is that they are choosing a good selection of bands and venues and Glasgow will naturally feature regularly given our love of live music and drink.
Pete and the Pirates seem to be a band on the rise, so with the mix of some Sailor Jerry’s and an excellent venue, this could be a good night. This is the first one I’ve heard about, so I look forward to seeing who they put on next.
Miller
My introduction to Alcohol Companies using the live music market to enhance and promote their brand was through Miller Genuine Draft and their series of monthly gigs in Glasgow and Edinburgh circa 2006-2007/8 (I lose track of time). The concept was simple – get two of the hottest and best bands around, get them in a cool venue, promote it well, make it free (you had to text) and get the beers in – Miller only though of course.
I went to a number of gigs at the Mill in both Glasgow and Edinburgh and two of the bands I went on to manage; Futuristic Retro Champions and Sonny Marvello, played at the nights they put on. So looking back I can assess them as a music fan, from a band/management perspective and in reflection on what they brought to the live music scene. I can also hazard a guess at what they got out of it. So I’ll do just that! 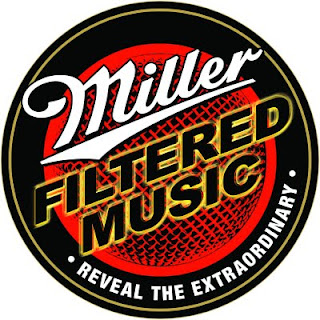 Music fan
The Mill gigs were weekly (yes that’s right – weekly) gigs in both Glasgow and Edinburgh. I think that not only highlights the number of bands in and around those cities, but also the quality. I recently met with the girl in charge of these nights and she wouldn’t put on any old crap, nor would the brand wish to be associated with terrible music. So as a music fan you had access to regular quality music in great venues – for free!
Band/Management
The Mill (Miller) promoted the sh*t out of these gigs with adverts in The Skinny, The List and on billboards throughout each city. So if you were an ‘out and about’ type of person, you really couldn’t miss the fact that they were on. This is a major plus point for bands, they knew that there was a very good chance indeed that they would be playing to people who had never seen them before in a great venue with a great sound system (several plus points).
To make things even better The Mill gigs were filmed at broadcast quality, a superb marketing tool for any aspiring band, something that would have cost them thousands. Check out the example below.
They were also recorded through the mixing desk – yet another plus point, I’ve lost count already. Oh and the bands got a crate of beer each!
Music Scene
Miller brought a sense of excitement to the music scene, you would often hear ‘who is on at The Mill this week’ in conversations about what to do that week/night. They also brought a sense of trust – good bands, good venue, good sound system and all for FREE. They did of course have a huge budget in which to do this.
Miller
Miller must have spent a small fortune on the series of gigs. In actual fact I know they did, and it must have run easily into the high hundreds of thousands of pounds. So was it worth it? I’m going to say yes (I also hope it was as they deserve it). They got their brand out there, they did it over a sustained period ensuring raised levels of awareness, they got people talking about Miller and they certainly got people drinking Miller. Through the gigs they got direct access to their target market, there were questionnaires and research.
I would love them to do it again. I doubt Sailor Jerry's have the budget of Miller, but it would be worth a look at their model.
Carling
Carling were the former sponsors of the O2 Academy in Glasgow. This meant that their brand was promoted to hundreds of thousands of people through listings, tickets, adverts, promotions and through the actual sale of the lager in the venue.
So if Miller adopted a ‘hands on’ approach you can certainly say that Carlin were going in at a much higher level. Now I could only guess at how much Carling paid per year to sponsor the Academy. It must have been a fair whack.
Guinness
Going at things in a different manner (as you would half expect from the Irish) are Guinness who sponsored Snow Patrol’s Bellahouston Park show last year. I was up in Inverness for Rock Ness at the time, so I don’t know what extent they sponsored the show to, but I do know that the second stage for unsigned bands was sponsored by Guinness. Putting on a big show like Bellahouston costs a small fortune, so to have the backing of a major company like Guinness eases the burden. It probably kept the ticket price down by a good few pounds! I’m also sure Snow Patrol like their Guinness! 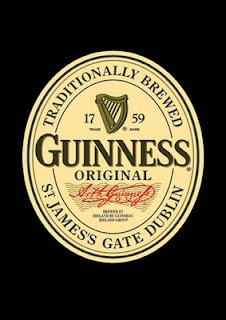 So to summarise
Well it isn’t rocket science. Alcohol companies can align their brand with cool bands, get direct access to cool people (yeah OK, we’re not all cool, more of their target audience) and research opinions. In a way I guess this is ‘direct marketing’, just in a clever roundabout way.
And bands get a boost in promotion and occasionally some money in their pocket, certainly a drink in their hand!
It would appear that if the drinks company do their job well, the bands put on a show and people turn up, then everyone is a winner..?