So it is Friday night and I am sitting in having a few beers catching up on some music.

I've been meaning to check out Dot JR for a month or so, ever since the excellent Popcop reported that he had signed a major label record deal.

Dot JR popped into the BBC studio last weekend to record some tracks for Ally McCrae's Introducing show, so this was a great opportunity to check him out. Should you wish to do the same you can listen to and watch a couple of tracks at;

Quite how much of it is actually live is debatable, but the videos certainly give you an indication of what Dot JR is about and what he is capable of. I'll not comment on the white jeans though...

What these songs do give you an indication of is the refreshing fact that there is a Scottish act embracing modern pop and the kind of sounds that sit at home on Radio 1 these days. I have to admit that the majority of times that I turn on Radio 1 these days, I immediately turn it off due to the 'noise' that comes out of the radio. 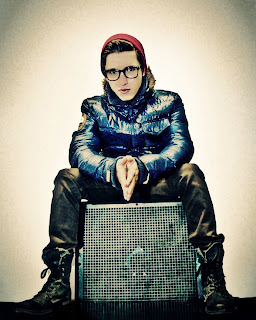 Now I am 35, but I can still appreciate and indeed love, good pop music. What I would say is that after listening to the two Dot JR songs a few times is that neither of them embed themselves in my memory. I couldn't sing a lyric or hum a riff.

So is it pop? Well listening more closely, in terms of production and structure, then yeah. It's modern pop rather than good old fashioned pop.

It's not for me I am afraid, but that is not detracting from Dot JR's talent or ambition. Music is a matter of taste that can often lead to enjoyable debates.

Dot JR is a young guy who clearly has something. 'Blood', to my ears, sounds like it may be ripe for the American market rather than the UK. It is early days, time will tell, all I can say for now is that this young guy has a great opportunity and if he comes up with the goods it will be fantastic for Scottish music.

Best of luck to him. 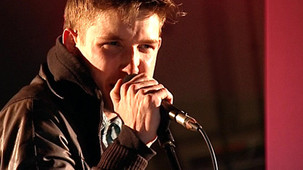 I completely agree. I think if Dot JR wasn't Scottish, folk would be putting the boot in unreservedly - or simply not paying attention. Radio 1 r & b sheen but arguably little of substance.