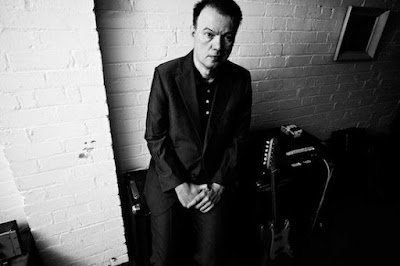 Welcome back Edwyn Collins, it has been a while, 6-years to be precise since Understated his last LP was released. Edwyn's December show at Mono in Glasgow that year was an absolute joy. We then had the beautiful documentary The Possibilities Are Endless with accompanying soundtrack which was released in 2014.

Since then Edwyn has moved to Helmsdale on the North East coast of Scotland, building his Clashnarrow Studio from scratch and recording with bands ranging from Hooton Tennis Club to Teenage Fanclub.

It's great to have Edwyn back with his new album Badbea. I was too young for Orange Juice and it was only from Edwyn's Home Again album that was released in 2007 that I really started to form a bond with one of Scotland's greatest songwriters, digging his new stuff and digging back into his discography.

Home Again was followed by the excellent Losing Sleep which featured a string of guests including members from The Cribs, Franz Ferdinand, Magic Numbers, The Drums and Roddy Frame. The title track and the superb In Your Eyes are real favourites of mine. And then there was the aforementioned Understated.

On to Badbea. Edwyn's love of northern soul shines through, as does his humour and his wonderful ability to reflect so eloquently and poetically. There are times Edwyn reflects with a bite that goes straight to the point, and at others with beautiful melancholy. At the heart of everything there is love and hope.

Pounding drums and electric guitar usher in the opening It's All About You and Edwyn croons about the sky, the mood, the sea and the summer before leading to the chorus that you can sing on first listen. The song progresses to include horns, Chic style guitar and develop into a real groove - off to a flyer. 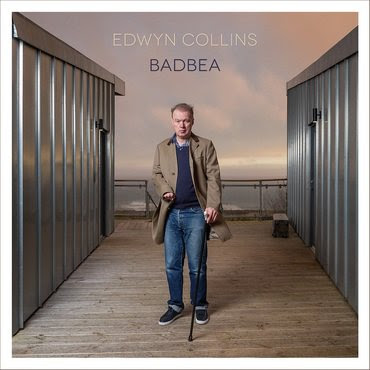 In The Morning is a rip roaring northern soul influenced monster containing responsive backing vocals, horns, a soaring guitar solo and Edwyn singing about his uncertainty in the morning, in the evening and in the twilight. The song has a great feel to it and flows superbly with Edwyn's vocals rising with the music as it drives to conclusion.

The reflective I Guess We Were Young is another belter, the chorus has a beautiful melody with Edwyn's band mates harmonising beautifully.

It All Makes Sense To Me slows the pace, a gorgeous acoustic number beginning with the sound of birds singing merrily as Edwyn reflects on a magical day in his life as he walks, dreams and thinks and everything makes sense. The instrumental section is lovely and Edwyn comes back in gently to repeatedly sing it all makes sense to me, it's beautiful, perfect. 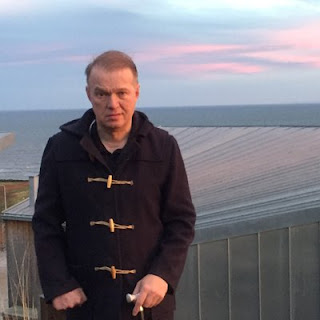 The pace quickens dramatically on the punk garage guitar charged Outside with Edwyn simply stating at one point now I'm old, I don't care. Then we change direction with a bass synth, drums and handclaps starting off Glasgow to London with Edwyn singing I must admit I could not give a fuck.

Edwyn is on the train, Glasgow to London, but it's in the past. It sounds like a reflective piece on his move to Helmsdale, he was moving away from going back to reality, back to the grind. But then he sings repeatedly it's in the past, it's in the past and the song gets into a real groove.

Tensions Rising kicks in with what sounds like a nod to The Temptations Get Ready, there is a cool bass groove underpinning the song and fuzz guitar cuts loose.

Beauty is very aptly named, I played it 3 times on first listen. It is gorgeous, a slow acoustic ballad and a Collins vocal that melts the heart.

I Want You finds a psych groove that is darker than the rest of the album, I'm OK Jack is much lighter in comparison sounding almost McCartney-esque at times, while Sparks the Spark has more outstanding guitar work from Collins band which includes long term friends Carwyn Ellis and James Walbourne.

Badbea is named after a village near to Helmsdale that was built and then abandoned by crofters. The closing title track is beautifully dreamy, it has a Brian Wilson feel to it at times with Collins singing of a ruined monument to life and death.

Collins is in good form and it is fantastic to have him back. Edwyn will be playing a short set and signing his album at Mono on Tuesday 9th April while the night before sees him play Saint Lukes as part of a BBC Quay Session. I hope to make both and you can order limited signed copies from Monorail. 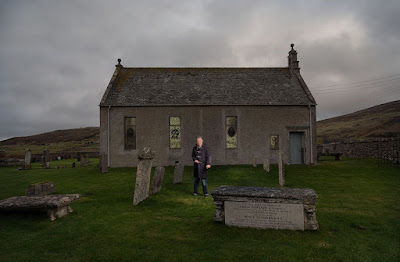