Cover version of the month #31 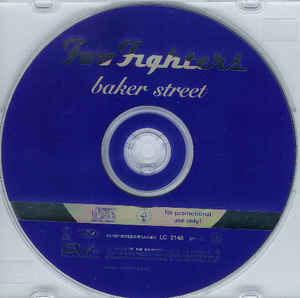 A couple of months ago I tweeted my usual cover of the month blog and I asked if anyone would like to contribute to the series. Dedé Arneaux messaged me to say that he would like to send something in and I was rather surprised to learn that it was a blog on The Foo Fighters covering the sax classic Baker Street! My first thought was, really?! And then, I must check this out!

And that is exactly the kind of reaction that I love to get from cover versions at times. Curiosity and surprise.

So they really did cover it.

Written in '77. Gerry Rafferty's break up and move-on song when Stealers Wheel split. It's smooth, starting with flute, congas, cymbal rolls and a hint of fretless bass before the swooping sax solo chorus glides in supported by solid piano stabs high in the mix. There's a distinct air of swing about it. Sexy and at home on a Roxy Music album. Warm strings enter as we move from the bass and congas in the verse to the bridge. "You used to think that it was so easy" continues the horizontal, feet-up, hands behind the head feel before the chorus returns. If it's an advert ... it's for yoghurt.


In '92 Undercover record it, there's a longer Mickey Modelle clubland version and 20 years later and 20 years ago Baker Street appears as the final track on a special edition of Foo Fighters' '
The Colour and the Shape. It's the antithesis of smooth, the soundtrack for Hurricane Ophelia.

A single snare crack wakes dual rhythm guitars. Bludgeon riffola - overdriven to the point of darkness on the edge of down and out badness, 180 degree drum fills drive it, before the lead guitar comes crashing in playing the sax melody we all love. It's brutal and bionic.

Released into the verse, spoken word vocal sits atop a picked guitar line and another lightly strummed. Neither acoustic and teased along by bass drum and rim shot.

A leap from 2nd gear to 4th for the bridge, heavy duty drums on the one and returning distorted double rhythm guitars provide a contrast to the laid back voice and whooping and sliding bass that hark to the original. Grab your sixteenth note seat belt before kicking into top with the guitar solo chorus shadowed by dive bomb slides that add a whole lotta love and a sonic whiplash.

Foo Fighters replace give up the booze and the one night stands with give up the crack. Kinda sums up the transformation. The song climaxes with 2 mins plus of instrumental guitar and drum  riffery with a solo that's true to the original, doused in lighter fuel and alight.