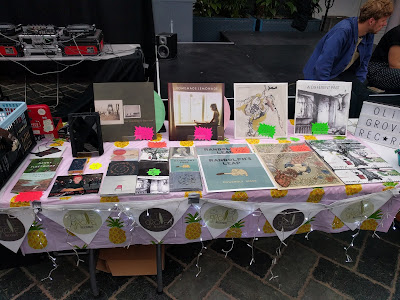 There are many great things about being a music lover. Discovering great music is one thing, sharing is another, meeting inspiring people through a shared love, one more.

Lloyd Meredith of Olive Grove Records is someone who discovers, shares and inspires. His enthusiasm is infectious, his energy is enviable.

I met Lloyd when I started blogging and his Peenko blog was one I always read and enjoyed. We met through gigs, blogs and a shared love of music and I'll back up what most people will say - Lloyd is hands down one of the most lovely, loyal and hard working people you will ever meet.

We have both blogged, put on shows and ultimately co-founded DIY record labels. We each also have 2 kids each - so our paths are quite similar in many ways!

Ahead of Olive Grove's Daylight Sessions (FREE ENTRY) at the lovely St Luke's in Glasgow, (FREE ENTRY and CHILD FRIENDLY!) I thought I'd ping Lloyd an email for a little catch up. 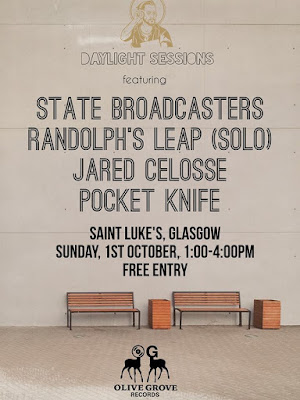 1. How long has Olive Grove Records been going for now (I've lost track)?

The label is now in its seventh year, but to be honest it feels like I've been doing this a lot longer - in a good way I should add.

2. Tough question - where do you find the time and energy?

I'm not going to lie, it can be pretty exhausting running the label these days. When the label first started my daughter had just been born a couple of months prior, so initially it was pretty tough. Now I have two kids, it's utterly knackering, so most of the time I'm running on empty, but then I can't imagine not having the label so I guess that's what keeps me going. That and a very understanding wife. 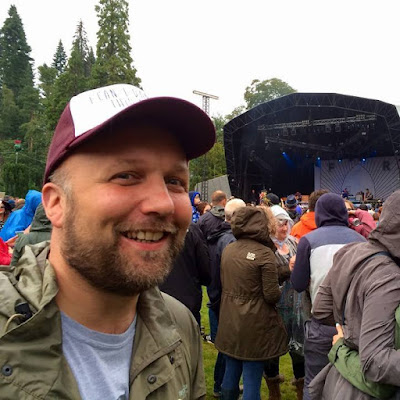 3. What have been the biggest lessons you have learned?

Not to take things personally, although that's easier said than done. If one of my bands gets a poor review or their album doesn't get featured by a site or magazine that you'd expected, it can be pretty hard to take. I am very protective of my artists, if I work with them then it's because I think the world of them, so when someone else doesn't share that enthusiasm it can be hard to take. Learning to realise that not everyone will love everything I release was a pretty tough lesson in life, but nowadays I tried to be more thick skinned and not take things personally.

The other lesson would probably be around not getting too hung up on other label envy. I often find myself seeding other labels getting features or radio plays that I'd love to get, but rather than being bitter I have come to recognise that the Scottish music scene has some of the most supportive folk I know. We are all working to support the bands we love, so it's better to look at these things in a positive manner. Plus I can also help motivate you more to do more to support your own artists.

4. Not wanting to encourage favouritism - but what have been your top 5 Olive Grove moments from through the years?

Top 5?! Jeezo, this almost feels like you're asking who my favourite child is...
Top of the list has to be the Olive Grove showcase that we did at Oran More as part of Celtic Connections. Having all of my artists on the one bill at a sold out show really can't be beaten. Finishing the night drunkenly dancing on stage with Woodenbox will live with me until my dying day.

I'm not sure if this counts as a moment, but I'm going to shoe horn it in here anyway. I love the fact that I've brought so many different musicians together. Be it Pete from the State Broadcasters recording Randolph's Leap, then eventually joining the band, or Alex and Cat from Skinny Dipper playing on the last Woodenbox album, Foreign Organ. I'd always wanted the label to feel like a musical family, which I guess it kind of does now.

Third on the list, meeting Jon from Smallfish Recordings. He's been a total god send and massively helped with the label. He does a lot of my mixing and mastering, I genuinely don't know what I'd do without him. He's done stuff for Randolph's Leap, Woodenbox, Jo Mango, Call To Mind, the State Broadcasters, The Son(s), the Royal Male and he's just been working on Jared Celosse's stuff too. If you're ever looking for someone to help mix or master your tracks, then I would thoroughly recommend you drop him a line. Not only is he great at what he does, but he's an awesome human being to boot.

Fourth, again it's not a moment, but it's something which is massively important to me, which is artwork. I've always wanted by artwork to reflect the beauty of the music that I release, which I think I've done. Kris Ferguson who has done stuff for me, including Randolph's Leap, Woodenbox and Jo Mango, feels like Olive Grove's answer to Vaughan Oliver.

Lastly, I guess it would be just meeting so many amazing people, who were brave/crazy enough to trust me with their music. I've made a lot of great people who are now some of my greatest friends.

5. And you're planning for the future - tell us about your new signings.

I am indeed, it's been a while since I added anyone new to the Olive Grove family, but in the next few months I'll be releasing music with two relatively unknown acts, Jared Celosse and Pocket Knife.

Both artists are only just starting to find their own feet, Jared is a 21 year old singer songwriter, who has been aptly described as a modern day Nick Drake. Pocket Knife are a Scottish and French duo, who write incredibly catchy lo-fi pop songs.

Both Jared and Pocket Knife are playing at the Olive Grove showcase gig at St Luke's on Sunday 1st October, alongside Grover veterans Randolph's Leap and the State Broadcasters. So if you fancy coming down and checking them out for free, then that's your best bet. 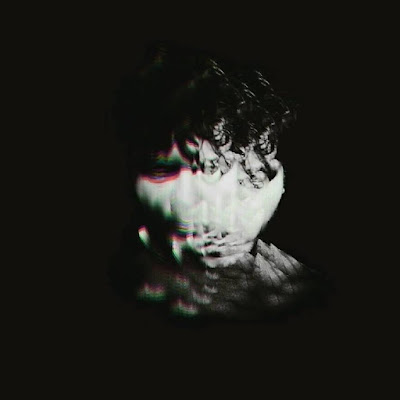 6. How do you think the Scottish music scene, I guess with particular reference to the DIY scene, has changed during your time with Olive Grove? Is it meeting modern day challenges?

Man that's a tough question, so much has changed since the since the label started. I think the most noticeable thing for me is the reduction in the number of Scottish music blogs. Plus there doesn't seem to be as many DIY labels kicking about. Then again I don't really have my finger on the pulse anymore, so there's probably loads going on that I just don't know about.

I think the best challenge these days is actually selling CDs and records, folk just don't seem as interested in buying CDs anymore. Plus records are so damn expensive to manufacture, that it can be really tough to break even, nevermind making a profit.

Without blowing too much smoke up your backside, I'm a massive fan of what's going on with Last Night From Glasgow, it's such a simple, yet utterly brilliant business model for running a record label. The passion that they have for what they do is really infectious!

7. And lastly, what can we expect from your show at St Lukes?

Four great acts and a big hug from a sweaty bearded man. 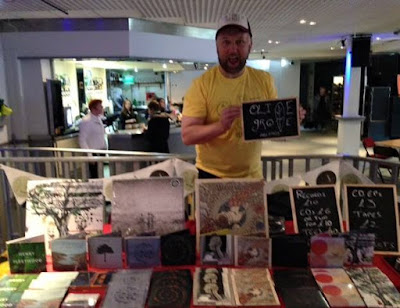 Free show and free hugs
Posted by everythingflows at 12:34

Thanks for the kind words brother. I love being part of the family!