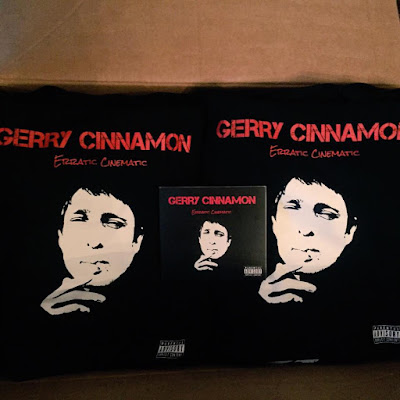 Gerry is someone I have known of for a while through his previous band The Cinnamons. He always had a little bit of something about him - a twinkle in his eye, charisma, a presence and the ability to make things happen.

I've largely followed Gerry's remarkable journey online; homemade acoustic protest songs that went viral, open mic nights, Cinnamon-mania at venues from Kilmarnock to Dunfermline and everywhere in between and north and south and epic shows at T in the Park and the new TRNSMT festival. His TRNSMT show was so captivating that I watched it online 3-nights running.

Gerry writes and sings from the heart, he found his voice years ago and now tens of thousands of others have discovered and fallen for it.

Cinnamon tells stories, he speaks the truth, he talks of dreams, regrets, childhood memories, he questions the path his friends have taken and the world at large. And he does this in a warm, engaging, melodic and soulful manner.

It is safe to say that his album has been eagerly awaited. That its only 9-songs long was a slight surprise, but after only a couple of listens you realise that this is part of its strength. Singles Kampfire Vampire and Fickle McSelfish (both with well over 100,000 plays on Spotify) are available to whoever wants them - was there a need to put them on the album? 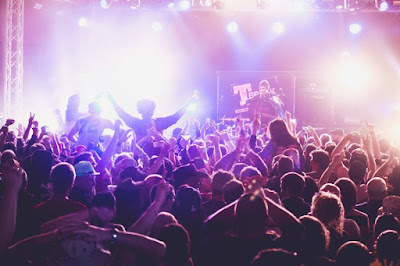 Sometimes sees Gerry looping guitar riffs over a drum machine beat and singing his heart out about his life and feelings.

Sometime, just sometimes
Well maybe more than some of the time
I'm on a false ego trip

Insecurity is rife, I'm not the ideal person to be lecturing on life
But if you wanna know, some things I've learned about myself


Lullaby starts with some commentary recorded off the TV/radio about everyone being out of work and the state of the world. Gerry then riffs and loops his trusted acoustic over another drum machine beat. It's a beauty with Cinnamon singing for someone to sing him to sleep, sing him a love song and a lullaby of days gone by.

Cinnamon's sense of self awareness is evident throughout the album, as is his sense of (self depreciating) humour.

What Have You Done is brilliantly written with a touch of harmonica giving it extra feeling as Cinnamon asks questions and demands answers. Belter is introduced with a touch of Cinnamon-mania in the background. It's heartfelt, moving and funny all at the same time.


I think I love he, she gets underneath my skin
But I've stung a few times so i don't let no-one in
No' even belter
She is a belter

Sirens usher in Fortune Favours The Bold before a beautiful guitar riff kicks in and Cinnamon is in fine voice and the song is rich in melody. 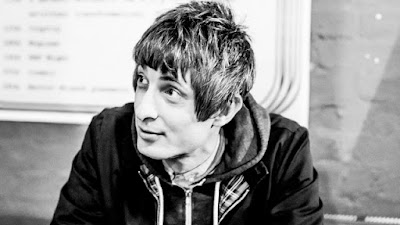 The title track has a nod to Scarface from the off and adds on to the Wizard of Oz later on. There is another nice picked guitar riff and Gerry singing his heart out, seemingly lost in the music.

Keysies is my favourite song on the album, its a stunner. Only 90 seconds long it is pure Gerry Cinnamon at his very best. His vocal is rich and soulful as he reminisces about childhood memories running with the wind, the rain, what he was wearing, late home from school, playing soldiers in the park until dark.... It's just Gerry and his acoustic, no loops or extra tracks...and it is beautiful.

Diamonds in the Mud is another autobiographical story with confessions, observations (very funny at times) and philosophical gems. It is Cinnamons love letter to his home town, his favourite places and the Glaswegian people and banter.

The album closes with War TV and its like a modern day Scottish folk song, a Dylan-esque protest song - telling it like it is.

Erratic Cinematic captures a moment for Cinnamon. The question what next? is already on many peoples lips. Gerry's Barrowland Ballroom in December sold out in a few hours, he certainly has more songs up his sleeves and the album highlights just what a talent he is with a pen and his voice.

With no radio play, no booking agent, no record label.....there is no problem for Gerry Cinnamon who is doing his thing in his way and people are loving it. It is a match made in heaven.

The album is available on Spotify, iTunes and on CD via Love Music next to Queen Street. Vinyl should be available in the near future.