On Saturday night I'll be tuning into the live final of BBC's The Voice and I'll be rooting for Scotland's own Stevie McCrorie.

You're the voice try and understand it - John Farnham, The Voice

One of the great things about Stevie McCrorie is that he is so modest and thankful; still learning and understanding (in the words of John Farnham) that he has the voice, the kind words that people have to say about him, the reaction he is generating and the goodwill towards him. Stevie is loving it, lapping it all up, enjoying meeting people and responding (with ease) to the challenges and live audiences he faces each week, gradually understanding that he has a real talent and his life is changing in a big, big way.

More and more people are understanding that Stevie has The Voice and his decision to enter the talent competition has already been well and truly justified ahead of Saturday's live final on BBC1.

I've been taking more interest than usual in the show (which is miles better than X-Factor) due to the fact that Stevie used to be in a band I followed called Stevie and the Moon. So more 'indie kids' in Glasgow and throughout Scotland than normal are probably following the show due to the fact that Stevie is in it. He made a lasting impression on fellow artists, indie/DIY fans, bloggers, promoters and presenters for the same reason he is making such a positive impression on the show - his voice and personality.

Stevie has always had a brilliant voice, try and track down the euphoric Born Again and his guest vocals on his great friend MOPP's A Day Needs More Love, and he now has the platform to push his talent as far as he can.

Stevie had the choice of all 4 judges and Rita Orla made a big play for him, but he chose extremely well in Ricky Wilson who is rooting for him just as much as his adoring fans.

The support for Stevie in Scotland will reach fever pitch on Saturday; technically he has a 4/1 chance of winning (William Hill has him as 4/6) and I for one will be voting for him - the first time I have voted for someone in a TV talent contest.

Regardless of the result, this has been an incredible journey for Stevie and I wish him all the best for the future. 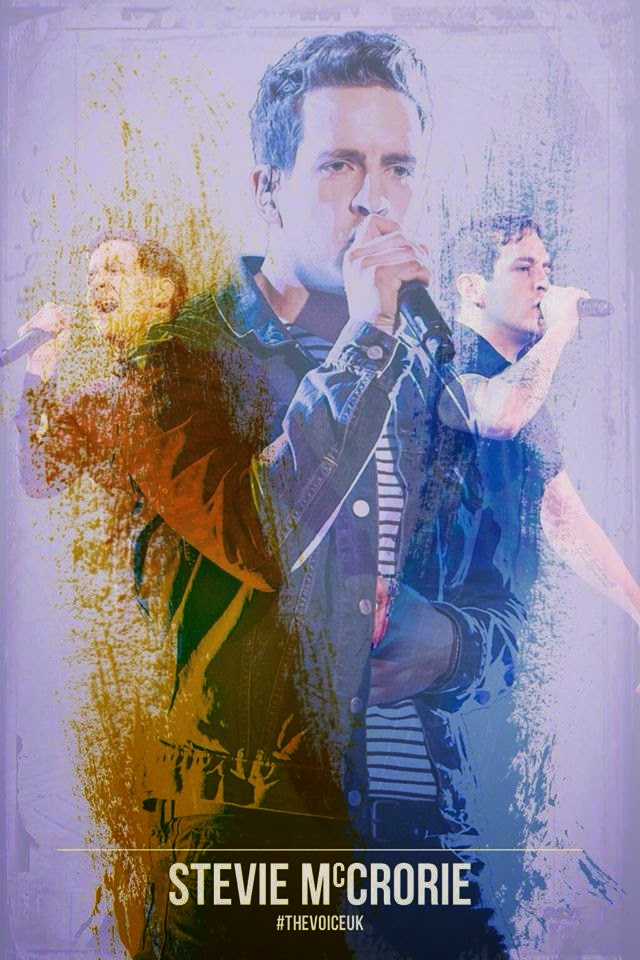 I'm so excited to see local talent get national recognition. I hope people realise that there are great performers in their local little venues - they don't need TV to tell them the next big thing! And thanks for sharing the MOPP video - I wish Stevie would show this side to the world as well.