I have enjoyed and admired the creative talent of Duglas T Stewart for over 20-years. Duglas has a new project that he is working on called Dreamers - a departure from his work with BMX Bandits - or maybe the next step.

The Bandits last 3 albums (My Chain, Bee Stings and BMX Bandits In Space), have delivered career highlights, with Duglas reaching new heights with his songwriting and delivery. His ever willing band of collaborators extended to help him produce results that he probably dreams of - akin to his great hero Brian Wilson and also Daniel Johnston. 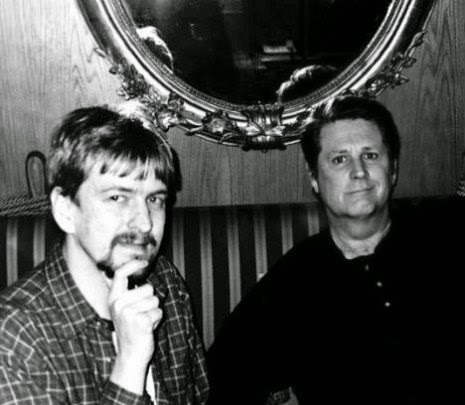 Check out the likes of So Many Colours, The Sailor's Song and the exceptional The Unforgiven for starters. A far cry from the C86 days yet retaining the warmth, melodies and love that Stewart has a natural knack for.

"2014 was a difficult year for me. I know there are people out there who have it much worse than me but that doesn’t help, actually it just makes you feel worse and guilty that you’re not feeling good. On the last night of the year I recorded a song.  I thought I was going to be celebrating the arrival of the new year and new hope for the future in Hamburg but I was home alone in Bellshill. I was in a mess. I recorded a version of Somewhere from West Side Story. I found an orchestral backing track, added some of my own stuff to it and put it through some echo and sang one take straight into the computer mic. At least that’s what I think I did. I couldn’t actually remember doing it until I found the file on my desktop. It sort of made slightly harrowing listening for me but I think I captured something that has something, a rare authenticity. It’s certainly for real. I sent it to the mighty Bill Wells for his opinion. He said he thought it was “very special” and I trust his taste."

The BMX Bandits will always have a place in my heart, but I am looking forward to hearing Duglas complete his Dreamers project with some more 'very special' music.