Fools Gold? - why are so many bands reforming?

Black Sabbath are the latest band to announce a reunion tour. I like Ozzy, he is good fun, I don't think any of them need the money, I wish them well.

The Stone Roses have sold out three nights at Manchester's Heaton Park next summer, the money lies in the promoters account gathering a significant amount of interest. Fans are planning their travel, clothes, booze, drugs and time off work.


Reunions are big bucks for the bands, promoters, merch operators, dealers and pretty much everyone concerned. 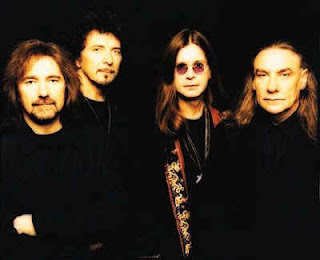 They are certainly big bucks for the fans too. Tickets, merch, travel, beer, food, accommodation....it all adds up.

Lets take a quick look at Heaton Park. Without even taking the crazy VIP tickets into account (£199 and £299), the ticket sales will reach almost £12 million.

£12 million!!!! No wonder the Roses look so happy in this picture! 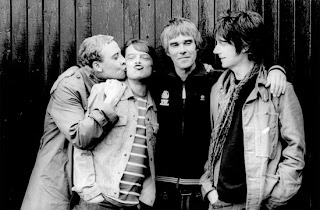 Hotels, B and B's, pubs and clubs are all going to benefit. There will be programmes, tshirts, swaetshirts, posters.....you name it.

I haven't even mentioned event sponsorship yet! The Roses could get some cool brands involved (don't bet against Adidas) to make even more money.

Promoters are on to a good thing with reunion's. They know the bands that will shift tens of thousands of tickets, they know when they will make a killing. Blur, Sabbath, Pulp, The Pixies, The Roses.... all bands that people love.....all bands that can make others money. 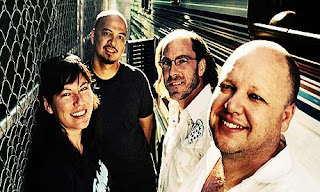 The current musical scene is full of solo stars, manufactured pop stars and bands that just don't seem to mean as much to people as the bands mentioned above. They all captivated peoples hearts.....en masse, the Roses even changed the look of a generation.

So are we the fools, imparting with our hard earned cash (gold)?

One thing is for sure, the promoters involved in these reunions are no fools.

5 reasons why promoters are chasing bands to reform

1. Demand - The Roses finished on a sour note, the reunion is a chance to change that. Blur had unfinished business, Pulp, The Pixies, Sabbath - they all have huge fan bases that want to see them....and they will pay for it.

2. Sure fire thing - this fan base, the classic bands, the reunion stories about friendships being patched up....it makes for good media and ticket sales.

3. The lack of new bands breaking through that have a significant fan base.

4. The current climate - tickets for festival sales were down in 2011 and that may well continue in 2012. Where are promoters going to make up that shortfall? Reunion tours!

5. The money - at the end of the day, it's all about the benjamins for the majority of promoters.

Blur, Pulp and The Pixies all received huge acclaim for their reunion shows. I hope the Roses do too.

At the end of the day, these reunions are going to make a lot of people happy.....ESPECIALLY PROMOTERS! ;-)
Posted by everythingflows at 13:02