I gave into temptation earlier this week and bought the debut album by Beady Eye. As someone who was a mad keen Oasis fan in the 90's, particularly that amazing 94-96 period, I still have a huge soft spot for the Gallagher brothers, I know what they can be capable of, although I live more in hope than in expectation that they will ever reproduce the thrills I get from listening to the likes of Slide Away or Live Forever.

The album is pretty much as I expected, with only a few surprises. There are a couple of cracking tunes, some alright, some that I am unlikely to listen to again. 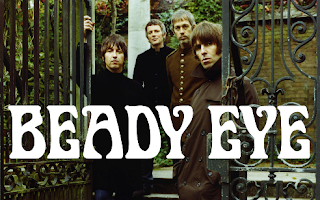 As an opener Four Letter Word falls into my 'alright' category. It could easily be an Oasis tune, but then what can we expect from a band that counts 4 ex members of Oasis as their personnel. It drives along and the hook 'nothing ever lasts forever' could easily be a message to the millions of Oasis fans out there.

Millionaire is quite jaunty but doesn't really do anything for me, while single The Roller is a blatant rip off of Instant Karma without a memorable chorus like 'we all shine on'. That said, there are certainly a lot worse songs to rip off. After his brother Noel plurged through The Beatles back catalogue, it could be that Liam is starting on Lennon's solo stuff. 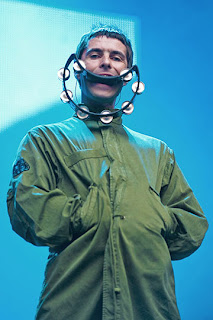 Beatles and Stones is awful and Wind Up Dream is pretty forgettable. So we're not off to the best of starts!

Things pick up with the debut single, Bring The Light. A piano based boogie with simple catchy lyrics and a 'baby hold on' hook complete with gospel singers.

For Anyone is beautiful though. I played it 3 times in a row after first listen, not only through relief at finally finding a tune I liked! It is an acoustic based number with a quick beat and shock horror, a bit of a melody! There are handclaps and the song is only just over 2 minutes long. After some of the horrific songs earlier on the album it is pleasing to hear Liam actually singing again, he does have a great voice after all, when he isn't being a caricature of himself.

I know it's gonna be alright 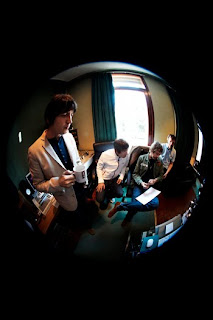 Kill For A Dream is is another more mellow effort, I'd love to find out who wrote what song for the album. I suspect this might be Andy Bell, although this effort smacks of Oasis using 'car' to rhyme with 'are'. Not bad.


Standing On The Edge Of Noise actually contains the lyric 'Your brother don't know cause he ain't been listening'. On the evidence of this track, Noel isn't missing much! Like a number of the songs on the album this is a 'paint by numbers' attempt at Oasis, only they seem to have got the colours badly mixed up.


There is a bit of a tune to Wigwam. Another welcome relief. At over 6 and a half minutes it is the longest track on the album, with the band clearly trying for something epic. There is a huge break in the song before the refrain 'I'm Coming Up' kicks in and keeps the song going for another 3-minutes. A little too long for my liking but this is not a bad tune.


Three Ring Circus isn't worth the listen, save yourself some time. Not that this review will really be encouraging anyone to buy the album! 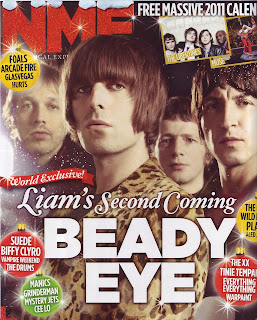 The Beat Goes On is another catchy, melodic number, it reminds me of an old song but I can't quite place it. The lyrics highlight that Liam dreams of writing a song that will be sung like those written by his brother.


So long, so long, some day all the world will sing my song
Still life remains, somewhere in my heart the beat goes on
The Morning Sun contains the lyric 'you're blinded by what you idolise'. This could easily be applied by the thousands who rushed to buy tickets to see Beady Eye in concert, blinded by past memories. It's not a bad tune, yet it's not exactly memorable either.
So why did I buy the album? Well Liam Gallagher has something that others don't, character and personality. And when he puts his mind to it he has a cracking soulful voice. I'm sure he will produce moments of brilliance at some point in time, perhaps Liam should look to collaborate with people rather than surround himself with 'yes' men. Can anyone imagine Andy Bell or Gem Archer turning round to Liam and saying; 'do you know what Liam, that song Beatles & Stones is f**king sh*te and as for Three Ring Circus...'?
I'm sure Liam wouldn't be short of people who would work with him. His performance with Death In Vegas on their single Scorpio Rising is an example of what he could so with the right writers and producers.
Beady Eye may claim to be in  Different Gear, Still Speeding; if they are in a different gear it is dangerously close to reverse.
Liam should give Noel a call.
Posted by everythingflows at 05:26