Sunday Morning, the opening song on The Velvet Underground & Nico, lulls you into a false sense of cool calmness before the raw romp of I'm Waitin' For The Man, the majestic magical darkness of Venus In Furs, the psychedelic bliss and rush of Heroin, the insanity of The Black Angel's Death Song or the white noise of European Son.
The use of the celesta (from the French celeste for heavenly), which John Cale discovered in the studio and decided to use, creates a gorgeous melody, Lou Reed's voice is lush and hushed, Mo Tuckers drums are soft and brushed and Cale also creates gorgeous noises in the background with his viola.  Reed's guitar solo is just perfect. 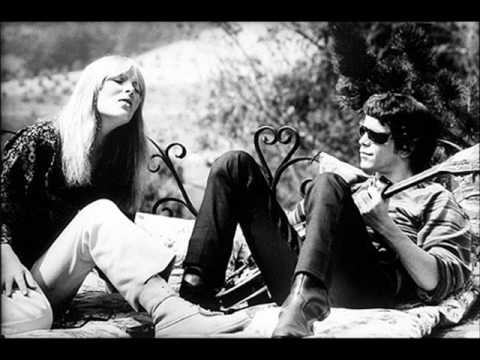 1. Something On Your Mind by Karen Dalton
1A. Crimson and Clover by Tommy James and the Shondells
2. I Am, I Said  by Neil Diamond
3. Where's The Playground Susie?   by Glen Campbell
4. If You Could Read My Mind by Gordon Lighfoot
5. Gimme Some Truth by John Lennon
6. Gone With The Wind Is My Love by Rita and the Tiaras
7. In The Year 2525 by Zager and Evans
8. The Music Box by Ruth Copeland
9. The Ship Song by Nick Cave
10. Sometimes by James
11. I Walk The Earth by King Biscuit Time
12. Didn't Know What I Was In For by Better Oblivion Community Centre
13. When My Boy Walks Down The Street by The Magnetic Fields
14. The Man Don't Give A F**k by Super Furry Animals
15. All Flowers In Time Bend Towards The Sun by Jeff Buckley and Liz Fraser
16. Are You Lookin' by The Tymes
17. A Real Hero by College & Electric Youth
18. Feelings Gone by Callum Easter