Only 14% of songwriters signed to publishing companies in the UK are women. Just 12% of those registered with the Music Producers Guild (MUG) are women.

That is staggeringly low! So I was keen to find out more about Hen Hoose a new Glasgow based female songwriting collective formed by songwriter Tamara Schlesinger who records under the guise of Malka. 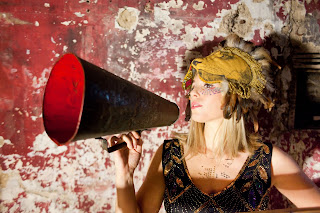 It's a fantastic pool of diverse talent, beautifully mixing youth with experience and a melting pot of styles. 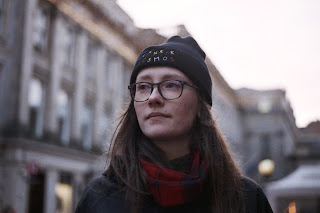 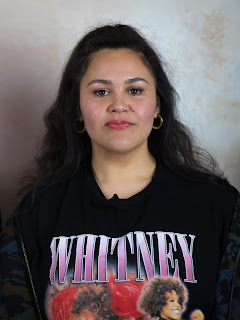 I always find it interesting when artists get together to collaborate, so I'm really looking forward to hearing what these artists create when they begin to work together, particularly when some of the artists are quite distinctive in their style and delivery - how will that change when they get together, how will they inspire each other?

Tamara very kindly answered a few questions for the blog;

What is your 'usual' (if there is such a thing) writing style?

I have changed my style so much over the years. Initially I would wrote with my ukulele or guitar, often writing the lyrics first and the music after. I was in an alt-folk band called 6 Day Riot and that seemed to fit the overall vibe of the band at the time. But after leaving the band I began to write melody lines over beats. Now I am combining a bit of both, but I usually come up with the melody line before the lyrics and that tends to set the mood for the song. I am pretty solitary now in my process, writing, playing and producing most of the music myself these days.

What changes when you add 1 or 2 new people to it?

I think that everything changes when you add others to the writing process, just the general style of the song will automatically change. But also the direction in which you may have taken something can be thrown into something new and exciting when other people are involved. You no longer have complete control over the music and that is not always a bad thing, as long as your ideas align then it can be a very inspiring and exciting experience, for me it often shifts my writing process and makes me open up to new ideas that I may not have thought of previously.

How did you approach the other artists? What was their reaction?

I reached out to a few artists initially and floated the idea and I was really excited when they wanted to be involved. Once I knew that I had a core group that wanted to get involved I was keen to widen it as much as I possibly could - trying to get a number of writers from different genres and with diverse styles so that we could create something really fresh and exciting for each group. I couldn't quite believe the calibre of writer that took an interest in getting involved, they all saw it as something positive and fresh to be involved in which has been amazing.

If you could choose any 3 artists (outwith this project) to collaborate with, who would you choose and why?

I am a big Jane Weaver fan, so I would love to work with her and also Pictish Trail, his album was on of my favourites released this year and finally, I will go big and say Missy Elliot, that would be pretty awesome.

What would you like to achieve from the first round of collaborations?

I have a few hopes, I want everyone involved to feel like they have gained something from the experience, to push themselves into new spaces and roles that they would not usually take on. But mostly I would love it if we create a body of work that we are all excited and proud of that I can pitch out for sync to generate an extra income for all of the writers involved. Finally, if we are really pleased with it all then I would love to put it out there into the world and release it and let everyone hear the music.

What are your hopes for 2021 and beyond with Hen Hoose?

I really hope that I can make this something beyond the first round. I would love to have a round 2, 3, 4 and so on ... expanding the writers, perhaps bringing in writers from the rest of the UK to work with the Scottish writers and generally inspire everyone involved, along with the new young writers by just highlighting just how amazing the female songwriting talent is in Scotland