Ahead of the forthcoming release of McCartney III I thought I would take a look back at McCartney from 1970 and now McCartney II from 1980. 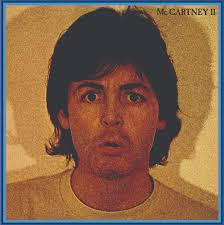 If Paul McCartney's eponymous album McCartney had surprised upon release in 1970 in terms of style, substance and the way Paul chose to step away from The Beatles, McCartney II, released in 1980, also caused a stir among his fanbase.

A lot had happened in the 10-years between the albums. You could have bet your house on Paul being the most prolific and busiest of Beatles following the split and it certainly turned out that way; Paul formed Wings, released 8 albums and toured the world a number of times.

McCartney II is largely discussed in terms of Paul experimenting with synths and while tracks like Temporary Secretary, Front Parlour and Frozen Jap live up to that description, other parts of the album are bluesy or stoned jams; Bogey Music, On The Way, while Darkroom somehow sits across the two, sounding like it could easily fit in on a Gorillaz album. Elsewhere McCartney creates songs that sound like they could be leftovers from his Beatles days; Summer's Day Song and One Of These Days.

Coming Up introduces us to McCartney II and it is a very welcoming opening song, upbeat and full of Paul's melodic and catchy charms. The rhythm sounds like a speeded up reggae groove, almost like a raw Chic style guitar.

As with McCartney, Paul plays everything by himself, this time going for a 16-track portable studio rather than the rough n ready 4-track he used on his 1970 album. On Coming Up it sounds like he is having fun, jamming on the groove and injecting real energy into the hooks. Listen on headphones to appreciate everything McCartney is up to, throwing in little riffs, sounds and backing vocals while holding it all together with a big fat bass. 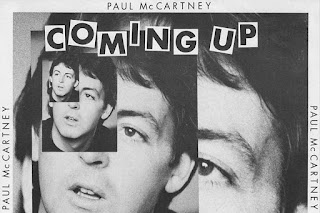 My friends, Stephen, Craig  & Mick who were in the band Sonny Marvello - mentioned many times in blogs through the years - introduced me to McCartney II. They were (are) McCartney nuts and knew his solo catalogue back to front.

Personally, I was pretty late to McCartney II and I was really surprised when I heard Temporary Secretary when Mick played it in his old flat back in 2010 before we headed out in glorious sunshine to see McCartney play Hampden Park.

Temporary Secretary is bubbling synths and McCartney setting a frantic, frenetic, pace and groove. NME memorably described it as not so much ahead of its time, but out of it altogether. There is so much going on, but of course this is Paul McCartney, it is ridiculous but brilliant, ridiculously catchy, brilliant leftfield pop. 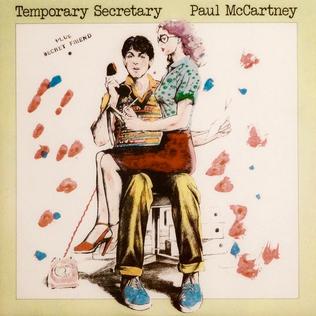 Things change, On The Way is raw and bluesy in feeling, the bass roots the song as Paul plays some exquisite blues guitar. It sounds a little out of place after the first couple of songs.

Waterfalls could have benefited from being a little rawer and shorter in length, akin to some of the songs on McCartney. Paul's voice sounds more forlorn and mature than on other songs on the album.

And I need love

McCartney sounds like he's having fun jamming with himself on Nobody Knows, its like his own Let It Be session, he ad libs backing vocals to himself.

Meanwhile Front Parlour was the first song to be recorded for the album, in the front parlour of an old farmhouse. The song was trimmed down for the album with an extended version being available on the deluxe edition when it came out on CD. It's McCartney experimenting in a typically melodic, combining different sounds to create riffs and grooves.

Summer's Day Song is really rather beautiful, sounding like it could have been on Abbey Road. It's dreamy, mellow and melodic. Paul's voice, particularly on the second verse, is at its best.

Someone's sleeping, through a bad dream

Tomorrow it will be over

For the world will soon be waking

To a summer's day

If someone heard Frozen Jap in the Sub Club in Glasgow they could easily mistake it for Hot Chip or LCD Soundsystem. This is utterly brilliant, sounding fresh, melodic and groove based. There is a little Krautrock in there.

McCartney mixes it up with Bogey Music which sees him dive from the future away back to the 50's but with a little bit of extra echo effects. It's a throwaway, in my opinion the album would have been stronger with the full versions of Front Parlour and Frozen Jap, or one of the songs that didn't make the cut until the reissue with bonus tracks - see further on in the blog.

Darkroom is bit of a reggae and dub groove with McCartney playing with voice styles and backing vocals. This song and the bonus track Check My Machine sound like something that Damon Albarn would love for his Gorillaz project.

The album closes with a wistful McCartney singing One Of These Days which sounds remarkably boring compared to some of the stuff he conjures up. 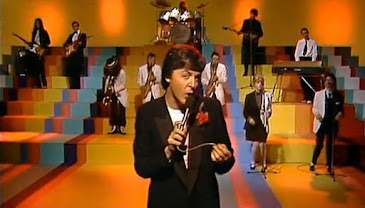 I've mentioned bonus tracks. There is some incredible stuff!

McCartney apparently recorded 20-songs in June and July 1979, many made up on the spot The aforementioned Check My Machine is an sensational stoned experimental groove, the bubbling 10 minute plus Secret Friend (the b-side to Temporary Secretary) is dreamy with samba style bass and percussion while McCartney goes kind of crazy over it. It somehow works!

Mr H Atom/I'll Get You Baby starts with a voice (Paul's) saying Shangri-Las versus The Village People! Linda helps on vocals over a synth bass, there is some kind of spoken word and then the insanely catchy Mr H Atom, live in a flat on, the male sound of town chanted female vocals over a groove. I love it! The closing 3-minutes of the song have a bass synth and beat with Paul shooting laser synths and making up a vocal chant over it all.

McCartney II is an alright album. Revisiting it, I couldn't help think about how far out and wonderful it could have been. So I've had fun creating McCartney II . 5 which you can search for on Spotify or CLICK HERE  Here is my alternative tracklisting.

Mr H Atom / You Know I'll Get You Back 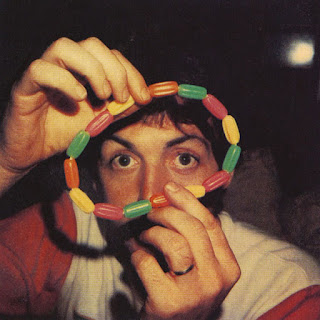