The Loves of Your Life

Back on 19th December my friend Josh Turner replied to a tweet asking people for their top 3 albums from 2020. Josh tweeted a reply stating Sault's Untitled (Black Is), Andy Bell's A View From Halfway Down and thirdly Hamilton Leithauser with The Loves of Your Life. Josh also highlighted he thought the last one has been criminally ignored by all the critics and that it's a great record.

I'd already been turned on to Sault by previous tweets from Josh, so I immediately decided to check out Hamilton Leithauser and I promptly listened to the album 3-times in a day.

Every so often I ask someone if they would like to write a guest blog. I asked Josh and I'm blown away by his style of writing, his passion and understanding of music shines through.

I hope you enjoy this guest blog and I hope it inspire you to check the album if you haven't already. I need to update my albums of 2020 blog to include this gem! 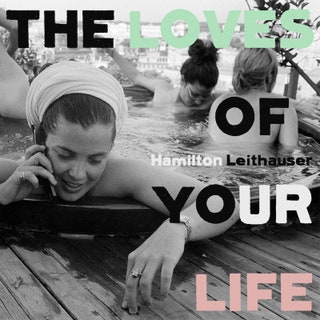 For those that don’t Know him, Hamilton Leithauser was lead singer for a New York based Indie rock band called the Walkmen, currently on a semi-permanent hiatus. Between 2000- 2013 The Walkmen made a string of consistently strong, critically acclaimed albums & were relatively successful in “indie” terms on both sides of the Atlantic , arguably they never matched the urgency &intensity of their 2004 classic single The Rat ( career high point); consistent themes throughout the Walkmen’s 7 albums were ; atmospheric raw instrumentation , pounding drums and bass , ancient pianos and the focus point , Leithauser’s unique vocal style. However, the evolution of the style & sound of their front man on his 3rd solo outing is both a nice & unexpected surprise. Following on from the 2016 collaborative effort from Leithauser & Rostand Batmanglij (vampire weekend); featuring the classic 1,000 times single we now have The Loves of Your Life...

The album sleeve artwork features a retro 1950’s style  image / photograph of girls in a swimming pool , assumption is these represent significant others from the writers past, while this is not a “concept” album all 11 tracks or songs feature & are themed by significant people from Hamilton’s past , either fact or fiction. The album opens with an understated, slow burning track The Garbage Men, which effortlessly merges into the melodic / instant classic Isabella where Hamilton fondly reflects on a past relationship & sets the tone both lyrically & musically for the next 42 minutes.

The consistent theme is looking backwards; through a nostalgic lens on past loves, friendships &meaningful relationships, it’s not clear nor does it really matter if these are fact or fiction , but consistently the characters & stories are all crafted with love & accompanied by a classic type of song writing & structure we rarely hear these days.  Hamilton’s distinctive raw, guttural vocals recall some of the greats... ... Instrumentation & musically the production sounds live and authentic and conjures up images of live bands playing in late night bars, impassioned vocals, live pianos, with the drums & bass turned up loud. Hamilton’s instinct for melody is stronger than ever and more direct & instant than we heard in the Walkmen & by the 3rd track Here They Come we’re singing along with all your oldest friends; after too many Guinness.  This record has a distinct quality with classically constructed songs that sound almost familiar on 1st listen & quickly cement themselves into your sub-conscious memory, crafted with love, passion and authenticity & soul….

Side 2 opens with what appears to be the albums central song: Til Your Ship Comes In, the imagery is strong as Hamilton screams “I loved you then .... I love you now” lyrically the album reminds me of a late 60’ s Dylan (think Blonde on Blonde) with an uncanny ability for storytelling effective use of evocative imagery. The album’s final track features Hamilton’s 2 young daughters backing vocals, where he sounds more at peace, lamented & contended and wraps the record up in a similar mode to where we started with The Garbage Men 42 minutes earlier.

The album was released early during the 1st lockdown & for several months became a daily feature on my turntable & stands out as one of my favourites, most memorable releases from the 2020.

Thanks to Murray & his Everything Flows blog for inviting me to review this record, please give it a listen.

Labels: album, blog, Hamilton Leithauser, review, The Loves of Your Life, The Walkmen