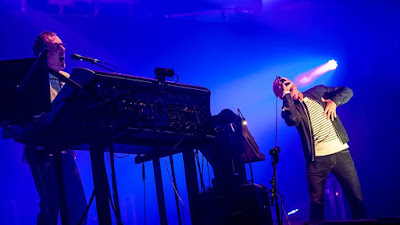 Last weekend I stayed up to watch Underworld headline the West Holts Stage at Glastonbury. They played a blinder and it brought back memories of catching them at the Barrowland Ballroom when the reception for Born Slippy was one of the best I have ever experienced, and also of catching them at Benicassim in 2005 when they came on around 3am!

Karl Hyde is 60 this year, if he isn't already - I can't find his exact date of birth, but he was born in 1957!!! He still has a cheeky boyish, mischievous grin, he still bounds around the stage with a seemingly never ending supply of energy. Maybe not quite as chemically induced as it once was!

I've been meaning to buy their latest album Barbara Barbara, We Face A Shining Future for a while and the blissed out versions of Ova Nova combining with Nylon Strung from that album cemented my decision to go for it.

I posted online about the songs and my friend Stephen Watt replied to say that the album was a beauty and he also loved these songs. Stephen was also watching Glastonbury at the time.

Stephen is a poet/spoken word performer, so I expected a well written feature....I got one! 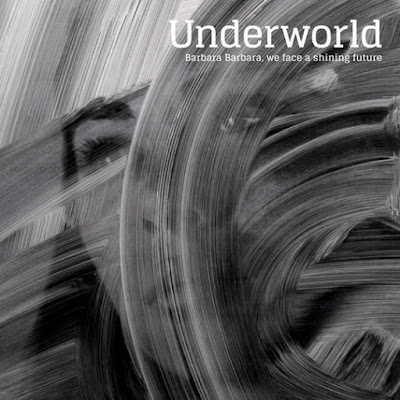 The reunion of raw-boned, platinum-haired singer Karl Hyde with bespectacled producer Rick Smith at this year’s Glastonbury may have engendered a slight incredulity that the Underworld pair had anything fresh or intoxicating to offer modern day ravers. What a miscalculation that would prove to be as the Essex dance trailblazers have recently reunited to create Barbara Barbara, We Face A Shining Future, a personal favourite record over the summer of 2016.

Lead single and album opener I Exhale is a glam-stomp, two-note rousing thumper. Upbeat and filled with Hyde’s celebrated diced lyrics, it withholds all the warmth which trance music permits its listener but moves into a synth-laden, hypnotic homage to krautrock. Even lines such as "Spangled top, leather jacket” appear to nod towards something more Germanic. The idiosyncratic groove of second track If Rah takes almost three minutes to find itself before bursting awake like a creature of the night snapping at the moon through Hyde’s repetitive chanting “Luna luna luna”. It is arguably the weakest track on the album but has its own charms once more through ambiguous lyricism which implies a sombre story being spun.

The heavenly strings and ambient synths at the start of Low Burn conjures a glorious aftermath from the bones of the previous track’s disjointed effort. A haunting atmosphere floods the song in its entirety while the chain of Hyde’s lyrics “Time, the first time, blush, be bold, be beautiful, free” border on meditative, urging listeners to close their eyes and transport themselves towards more celestial plains. The curious Latino sounds which follow on Santiago Cuatro continue the dreamscapes which Underworld have crafted on BBWFASF. Cradle songs are not atypical of Hyde and Smith but this is a welcome prompt to remind listeners that the band’s love for experimentation will occasionally take them on journeys unexpected, but regularly enjoyed. This leads into the mid-tempo rhythms of Motorhome and its unquestionable nod to The Who’s Baba O’Riley. Sparse lyrics and a straightforward beat suggest that there is not much meat to chew over, but a delectable bass riff and piano interlude make this a fascinating, if a little abstruse, track on the record. 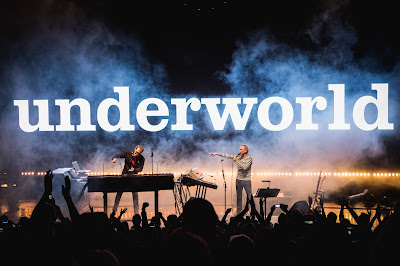 As the afore-mentioned Glastonbury appearance alluded, there were some true gems from the album waiting to be found and none more-so than the final two tracks on BBWFASF. Ova Nova is submerged in glorious, beatific harmonies sung in a higher octave than most of the record. Backed by the pair’s daughters Esme Smith and Tyler Hyde makes it a connecting, dewy-eyed number which reaffirms that, like the album title, the future is very much at the axis of the entire record. The gentle dance-beat may not be to all Underworld fans liking but shades of 2010 record Barking lead single Scribble continues the upward spiral which the band have taken in the latter part of their career. However, it is final track Nylon Strung which steals the show and showcases exactly what a special band Underworld can be. The vulnerable line “Open me up, I want to hold you, laughing” is at the centre of a slow but euphoric dance-beat which demands every ounce of love from its listener, again aided by the daughters of Hyde and Smith. This could well be the finest song produced by the band this side of the millennium, and its bittersweet paean flits perfectly between contemporary dance music lovers and veterans of the scene more accustomed to listening from the comfort of their own homes.

It is difficult to believe that both Smith and Hyde are now around the 60yrs-old range, displaying a real knack for connecting with all ages and tastes in music. At seven tracks long, the album does not overstay its welcome. It revisits you, on the Monday morning trains – the after-work gym workouts – the last smoke of the day – the sodden bus shelters in which we wait, and makes everything just right again.
Posted by everythingflows at 07:14