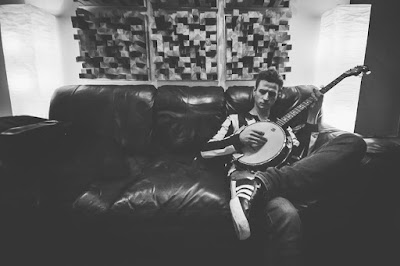 How do you choose what song(s) will launch a record label?

Well in the case of Last Night From Glasgow Records, the label that I helped to co-found earlier this year, it kind of landed in our laps.

Mark W Georgsson has recorded a stunning album of celtic/folk/Americana songs with Rod Jones from Idlewild producing. I've known Mark for a number of years as he used to be in a band called the Velveteen Saints who I really liked.

Mark went off and did something completely different after the band broke up. The depth, maturity and quality that is displayed throughout the album (that the label will be releasing in January) is quite incredible.

So Mark sent me the album, around the same time Ian Smith and I started discussing forming a record label. We approached Mark and asked if he would be interested in releasing a single - a AA side as Mark's friends in Iceland had recorded vocals for The Ballad Of The Nearly Man in their native tongue.

So the A-side is a beautiful duet between Mark and his friend Katie McArthur and the AA-side is the same song in Icelandic by Mark's friends, including Arnarni who sings for the band Leaves. 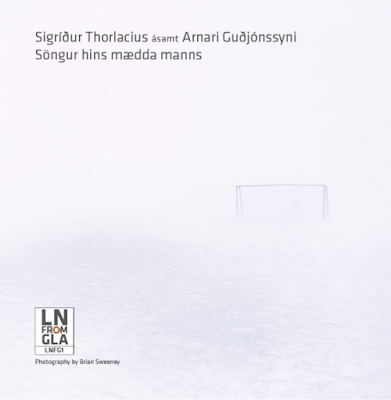 So Mark is pretty good at networking! Rod Jones for production, friends singing on his record and then as a friend and  fellow Albion Rovers fan, acclaimed Scottish photographer Brian Sweeney has provided the artwork. The AA side cover (above) is an Icelandic football pitch in the snow (quite stunning) and below is the A-side cover is a Scottish football pitch. 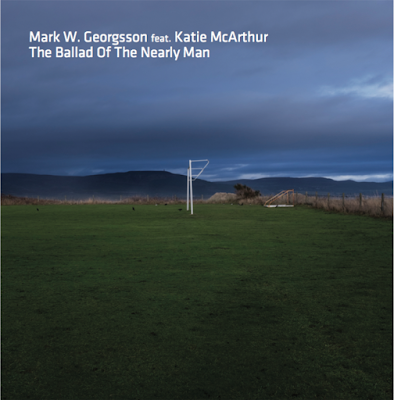 OK - now i'm going to ask you all to set aside 3 minutes and 13 seconds to watch Brian's beautifully shot promo film to accompany Mark's single.

I'll then tell you what I think of the film and song afterwards.


Well I hope you agree; song and film are beautiful.

The guitar is sparse and beautifully played, Mark's voice is gentle, weary and soulful, the lyrics paint a picture, the production allows everything to breath, there is no rush, a sense of reflection...

That sense of space, time and reflection is amplified by a truly gorgeous 40 second instrumental featuring some exquisite guitar playing.

Katie McArthur then joins us to beautifully sing a verse, before Mark returns towards the end and the two sing in tandem;


As a storm brews out on the Atlantic Sea
Set to blow my one true love, back to me

Brian Sweeney was introduced to me by Mark as 'a mad genius'. I've met Brian a few times and Mark's description is pretty perfect. He is literally fizzing with creative ideas 24-hours a day. His thoughtful and stunning film (featuring South Uist, Vatersay, Eriskay and Barra) is the perfect compliment to Mark's song. It is truly beautiful.

So yeah, I'm delighted with the first release on Last Night From Glasgow; the song, performance, artwork, film, the people involved......  we have many more to come.