Wildflower by The Avalanches 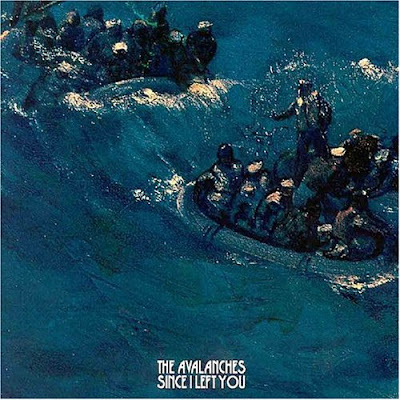 The Avalanches Since I Left You was released in late 2000, becoming a word of mouth sensation and being a real favourite at house parties and cool bars in Glasgow all the way through 2001.

I fell in love with the stunning production, the feel, melodies and flow of the album. They played The Arches, coming on stage to a great mix of Dylan's Like A Rolling Stone and Marvin's What's Goin' On with a slice of Madonna's Holiday added in for good measure - this kind of impeccable taste was displayed on a mix-tape that I bought (and it may be up in my loft somewhere) called GIMIX.

The mix was sublime; The Smiths are mixed in with the likes of Ol' Dirty Bastard, The Beatles, Fatboy Slim, Daft Punk, Hendrix and Livin' Thing by the Electric Light Orchestra sounded euphoric when mixed in with house songs.

I loved the album and their taste so much that I travelled down to legendary Manchester club Sankey's Soap to see them do a DJ set. The place erupted and it was a hands in the air moment when they dropped in Queen's I Want To Break Free!

The Avalanches were hugely refreshing, the mix tape was the kind of mix that would be played a pre and post club parties when guests raided the cd/record collection of the host. The way they mixed styles and genres was sublime.

And the album Since I Left You was totally sublime. The title track was a slice of pure pop heaven, capable of brightening the darkest day. A Different Feeling and Two Hearts In 3/4 Time were similarly euphoric and feel good songs/creations.


Stereolab remix of Since I Left You

Elsewhere Frontier Psychiatrist was gloriously weird and clever, while Little Journey and the closing Extra Kings were gorgeous and soulful.

All kinds of rumours came out about the band - how many samples were on the album (estimated to be 3,500!), how long it took to make, how they made it, what they were going to do next.....

Perhaps burnt out from the creation of a masterpiece, the reaction and the touring....The Avalanches disappeared.

(As I was writing this blog, this excellent feature interview on The Guardian came online) 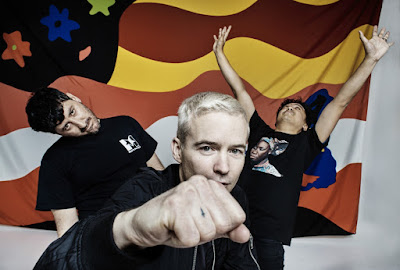 And now, in 2016, The Avalanches with a current line-up of Robbie Chater, Tony Di Biasi and James Dela Cruz, are back.

Wildflower is the album that marks their return and the good news is that is brilliant. Listening to it has given me the same warm glow that Since I Left You gave me all those years ago.

Because I'm Me is the sound of summer; mixing pop, soul, funk, hip hop, disco and a beautiful sample of a boy talking and singing. The Avalanches tricks are out in force, a particular favourite of mine is when it sounds like they are changing the channel on a radio using an old dial and they just cut stuff out and introduce something that has been bubbling in the background. They pull this off with ease if you listen from 2 minutes to 2 minutes 20. Then the hip hop rap (by Camp Lo) comes back in to just lift it again. In a burst of just over 4-minutes, it's like The Avalanches have never been away.

Comeback single Frankie Sinatra makes you wonder just what The Avalanches have been smoking while they have been away. Answer - probably a lot! There is all kinds of stuff going on from oompah to hip hop with just about everything in between.

Subways is total genius and if I used the word sublime again here, I'll probably use it another half dozen times, but look up The Avalanches in the dictionary and that is the word that will be there! A child choir is cut in with uplifting strings, disco and a euphoric vocal. 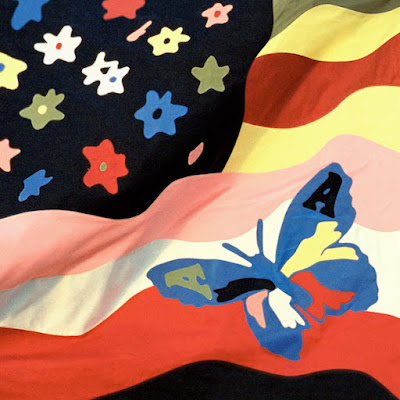 Album artwork - as colourful as the music on it

Chaz Bundrick of Toro Y Moi fits in effortlessly on the beautiful happy vibe that is If I Was A Folkstar. His vocals are dreamy and woven into yet another happy sunshine song that The Avalanches have that special knack of creating.

I had the pleasure of catching Mercury Rev live recently and singer Jonathan Donahue was a delight to watch and listen to. His taste for psychedelia is actively encouraged by The Avalanches, Colours sounds like it has been dipped in the summer of love in1967 and brought back to 2016 via a 1970's New York disco club.

The 21 track album has main songs and lots of playful songs/instrumentals linking them, making it all seem like one effortless piece of work. Zap! is a particular favourite of mine; a dreamy kid talking over strings with The Avalanches tuning in via different radio dials in the background

The Noisy Eater features Biz Markie and is a playful Gorillaz style, stoned take that samples kids singing The Beatles Come Together.

When you get the album and look at the tracklisting and see a song called Harmony then it is hard not to skip to it to see what The Avalanches have produced. It is beautiful - of course. The Avalanches cut in and out of various samples and styles but keep bringing it back to the harmony.

Live A Lifetime Love cuts something that sounds like The Beach Boys with hip hop and is proof that The Avalanches can pack more creativity into 2 minutes and 31 seconds than some bands do across a whole album.

The album as a lovely warm feeling throughout, dreamy, euphoric, just a good feeling. Park Music, Living' Underwater (Is Something' Wild), The Wozard of Iz and Over The Turnstiles all combine to glorious effect. Sublime!

Sunshine kicks in like a burst of.....sunshine. All warm rays and Avalanches style effects and sounds.

Kaleidoscopic Lovers sounds like you are looking into a Kaleidoscope and as you turn it round you hear all kinds of sounds to match the colours. There is a lot going on and then Jonathan Donahue comes in to treat us to yet more lysergic majestic wonder.

The album ends with Saturday Night Inside Out containing beats, handclaps, brilliant samples and that warm feeling that lasts from start to finish.

Wildflower is an incredible album, my favourite of the year so far.

Labels: album, Australia, Because I'm Me, Colours, GIMIX, interview, Melbourne, mix tape, review, Since I Left You, Subways, The Avalanches, the guardian, Wildflower