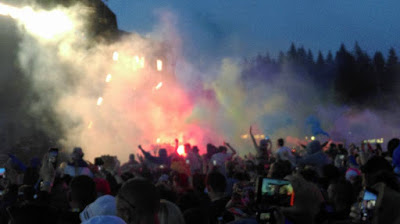 It's 2am, I'm home from T in the Park and wanted to get some words down.

The Stone Roses were magical tonight. Nothing will match the majestic Sunday at Heaton Park, but that was the best I have heard Ian Brown sing. He was top notch tonight.

Of course he was admirably backed by a truly magnificent band. Reni and Mani were particularly hot tonight. Squire's guitar could have been turned up at times, but all 3 are stunning magicians.

Pre-show tunes included Three Little Birds and Hey Jude, the atmosphere was extremely positive as the Roses came on stage at 2220; flares, cheers, dancing and lots and lots of smiles.

Ian said little throughout, thanking the crowd and waving a Scottish flag at one point.

Adored started with that familiar rumbling bass, a sprinkling of guitar and high hat from Reni and we were off. The chorus was loud and euphoric. The Roses were straight into Elephant Stone, then there was a beautiful mellow early outing for Shoot You Down.

Bye Bye Badman sounded superb. I spent most of the set dancing and singing, but it was great to look up and see Mani looking so happy on the main screen - the biggest Roses fan there is!

Sally Cinnamon was incredible; the band were on fire and this was psychedelic guitar pop heaven being served up. Squire coaxed extra little riffs as he went along. 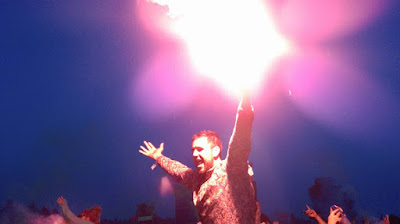 Waterfall was a highlight and the band jammed into Don't Stop with ease. I was looking forward to Begging You but it didn't quite catch fire and and I think the band cut it short, sure they would have jammed on it for longer.

All For One might not have been the comeback single I was hoping for, but it sounded huge at T in the Park, everyone was into it - band and fans.

Ian patrolled the stage, thanking and encouraging the fans. The chorus of Made Of Stone could have been heard back at the old Balado site. People coming together en masse like one big choir.


Sometimes I fantasise
When the streets are cold and lonely

It was a magical moment and they kept coming. The atmosphere was incredible, there were people of all ages there, including some young kids that had Ian Brown haircuts that were there with their Dads. Must have been 10 or 11 and there was a great moment when Gordon put a young boy up on his shoulders.

Fools Gold was a delight, Reni and Mani were locked in a groove, Squire let leash and Brown looked and sounded fantastic. 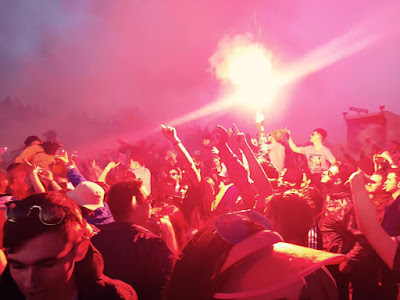 Breaking Into Heaven and Love Spreads were superb, Squire's guitars were turned up the max and he just made it all look so easy.

She Bangs The Drums was pure pop heaven and my mate Gordon hoisted me on to his shoulders for an even better view of the T in the Park site going bananas. 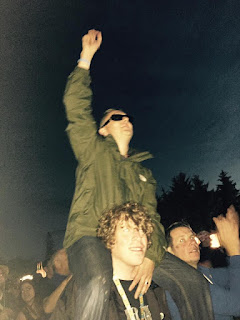 This Is The One is probably my favourite Roses song when they play live, it gets me every time and tonight (last night) was no exception. Emotional, soulful and with a huge chorus.

Reni was let loose for a drum solo before leading the band into I Am The Resurrection with the extended outro. It looked like the Roses didn't want to stop...but sadly they did. A great night.

What next for the Roses? 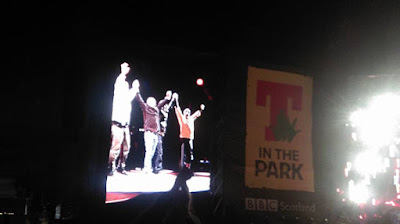 Labels: 2016, All For One, ian brown, john squire, live review, Made of Stone, Mani, reni, roses, She Bangs The Drums. Sally Cinnamon, stone roses, T in the park