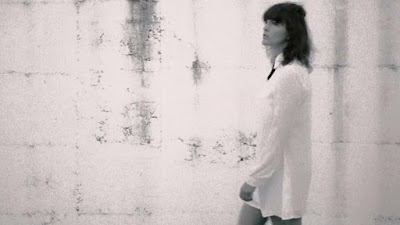 Emme used to perform under the guise of Something, Someone - a folky, rootsy and acoustic style won her a number of plaudits and fans. Things changed earlier on in 2016 when Emme bought her first electric guitar.

In came a slow, raw and bluesy style. Emme sent her first recording in this style to Ian Smith, just around the time we had set up Last Night From Glasgow. I think we were on our second or third meeting.

Ian pressed play and the 6 of us sat round in silence, staring into space or at the speakers, enjoying the raw guitar sound, the slow and unrushed pace of the song and Emme's stunning vocals.

There was a moment of silence before Ian asked everyone for their thoughts. PJ Harvey was mentioned a couple of times before it was swiftly decided that this would be the second release on our fledgling label. 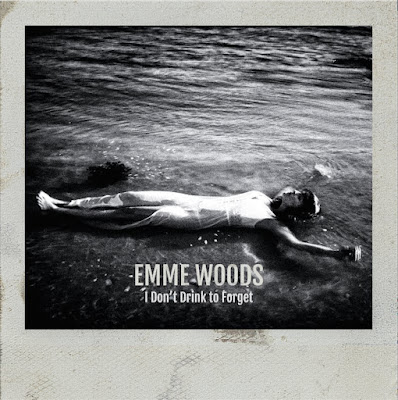 Rather a lot has happened since we launched the label at the end of March. One incredible thing (mentioned in my last label blog about Mark W Georgsson) is that acclaimed Scottish photographer Brian Sweeney is on board as Artistic Director!

Brian shot the beautiful cover for the 7-inch record (artwork above) and also the promo film below.

The black and white film fits the song perfectly and I think that when you watch it, the film enhances the song as they work so well together; Emme looks like a film star, its cinematic, sexy, edgy and evocative. As is the song.

Emme has bags of ability and is also full of ideas, I love the fact that she is exploring new sounds and wants to collaborate with others.  I look forward to watching her develop and to hear what she comes up with and I hope we can release something else on Last Night From Glasgow in the future.

I caught up with Emme for a quick online chat ahead of her Tut's show tomorrow.

EF -Has the move to electric guitar changed your writing style?

EW - It has a bit, it's kinda free'd me up to experiment more and to go a bit more mental. My playing style has transferred over to electric but has changed because some of the sounds you can get out of an acoustic are a bit different to the sounds on electric, but I'm feeling it.

EF - What do you hope to do/achieve over the next year or so? Are you writing with anyone?

EW - I'm still writing by myself a lot but I've recently started writing with an amazing musician and songwriter; Barrie James O'Neill. I've not long moved into a new house, it is a beautiful old Victorian house and the living room is amazing. It has great acoustics and a piano, so I just invite Barrie over and we write there. With the great space and me and Barrie bouncing ideas off each other it just feels such a creative space.

Over the next year I'm working towards getting an album out. Some tunes are coming together really nicely so I'm getting quite excited to hit the studio soon.